Before Nastiness and Uncertainty: TMO in the USA, 1972-73 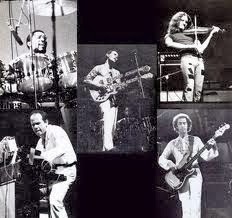 What do you say sitting here listening to these concerts? These guys weren't, at the time of these recordings, considered by many to be the Greatest Band In the World for no reason. They didn't just "fuse" jazz and rock or whatever the generality is thought to be; they made a molecular integration of the most vital aspects of both and Music in general and Fusion in particular were never the same after their advent. TMO pioneered an almost religious/devotional/ecstatic territory of aural assault, something essential of which still survives and that bands and artists still strive to capture today. To say that this music burns with the white hot intensity of ten million suns would be like intimating that ol' Joshy Bones here is a man given to occasionally passionate hyperbole. And that's no exaggeration, my friends  :-&

In another in a series of 43 gajillion instances where the oxymoronic "music industry" -- and let's face it, it's effectively concerned with neither music or ethical industry, only profit with minimal effort or attention to the Great Art it is in large part mindlessly butchering -- has in one way or another dropped the ball on its bloated, clay feet in however many decades of rampant abuse of artists and musicians, the first of these shows (and likely other TMO concerts of the era) were recorded by Columbia themselves. Using a 16-track mobile studio truck and everything. This, to accumulate material for a proposed official live album... but for a whole 18 months nothing ever became of the idea until they issued "Between Nothingness and Eternity" (recorded in NYC's Central Park in August 1973) and by then, the original version of Mahavishnu was weeks from splitting up in not-the-friendliest (i.e., a pretty darn acrimonious) manner.

The story goes that Columbia was seriously considering issuing the Cleveland concert (which became, as sourced from a comparatively crappy DAT with swishy issues in the high end, known as the bootleg CD "Wild Strings") in the 1990s, but were only offering the five band members scale wages (a whopping $250 each!!!!!) for the rights to issue it. Needless to say, the insult outweighed the injury until you start to consider just how balls-out b-l-a-z-i-n-g the music in this entire little Maha "Bootleg Box" really is, and how we'd all sell our internal organs for officially mastered and issued permutations of any of it. But sadly that ended that for the official release of the Cleveland set forever. I doubt there will ever be an official live TMO box set comprising recordings made during this period by Columbia, but at least we can hear what's here, even if it's just a tantalizing tidbit or two that have leaked out over the years.

None of this really and truly matters, because this set as a whole is definitely not that far below official-issue quality, considering at least one of these gigs was professionally recorded and it and several others may at one time and in some configuration have been under consideration for proper release anyway. The Northern California portion was stunningly and quite professionally recorded by a large local radio station, so it is indistinguishable from an official release in most of the significant ways. The third segment, not noticeably much below the sonic standard of the first two, is made up of pre-FM & soundboard-feed mixes, chosen by me, from various northeast US shows in January-July of 1973. The Cleveland segment of the set -- which had erroneously circulated for years as being from Case Western University in Ohio in the Spring of 1972, until it was discovered the Orchestra never played there until 1973 and the wheres and whens were cleared up -- is mine and the legendary Professor Goody's 2008 remaster of what sounds like a first generation DAT of the mix Gregg Bendian made in 1998 for Columbia of the concert, which leaked out with clipping issues in the kick drum that I managed to scrub away with Sound Forge 7 back a few years ago. In addition, somehow the original transfer to the DAT had been slightly slow and the good Prof. G (a true chiropractor of sound) put it back into exact alignment, as he is deservedly renowned for doing. 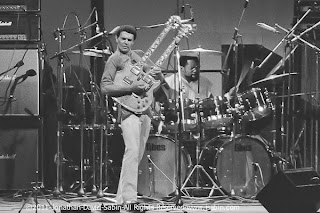 The Mahavishnu Orchestra
Vital Transformation: live in the USA, 1972-73 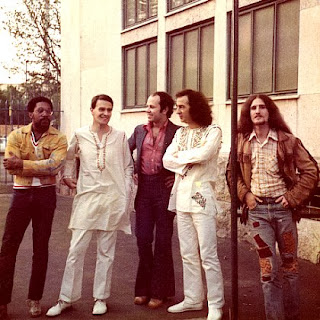 Did I fail to mention that the Berkeley show presented here, so meticulously and fantastically remastered from the original KPFA-FM radio pre-broadcast reels (digital transfers of them anyhow) by my old friend Tom Phillips, happened 41 years ago last week and not even three miles from where I type this? 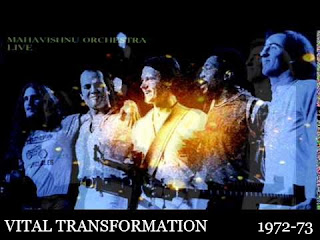 In an even more appropriate symmetry, TMO played the same venue exactly 40 years ago today, on November 16, 1973, but sadly no recording is thought to exist of that event, and certainly not one to rival the high-quality sonics of the previous year's show presented here. So here we are with one (slightly belated but still consummately Orchestrated) anniversary to be celebrated, and another that marks an even four decades of passing time nearly to the moment. Either way, I trust you'll enjoy this fire-forged and famously formative foray into the feistiest Fusion and will join me in a fabulous feast for your ears :)
-Josh.
Posted by Emmpaurer Nowbodhi at 1:38 AM No comments: