Wax Mundi: As the Turns Whirled

Welcome to November 21st, which means that on this day in 1877, inventor extraordinaire Thomas A. Edison announced his invention of the phonograph. Not to be outdone, rival Nikola Tesla would pioneer the art of record-scratching four years later, DJ'ing a house party in Budapest... an equally-as-Planet-Rocking feat which went largely unnoticed until his innovations were taken to the next level in The (Boogie Down) Bronx, New York, a century or so down the unwinding coil of time.

Too bad, but that kick in the shindig found Tesla -- always a man far ahead of his time -- situated 90 years too soon in the temporal/spatial continuum to luup up some of the headnoddic drum breaks emanating from this slab of vinyl, released in 1971 on the Douglas label and as-yet-unreissued on CD. It's sort of a post-soundtrack to the legendary Alejandro Jodorowsky's epic, lysergically hypnagogic diamond desert dreamscape "El Topo," with Latin-jazzier, funkified interpretations of some of the (visionary, inspiring) director's musical motifs from the original movie. 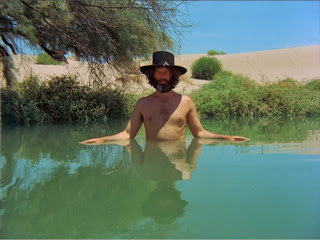 The band is made up of a stellar cast of San Francisco Bay Area musicians, including trumpet deity Luis Gasca and reeds-and-winds whiz Martin Fierro. Hadley Caliman handles a good deal of the tenor sax and blows his socks off in the process. This excellent transfer was done by a friend of a friend of mine and you can even dance to it completely naked, in honor of the state of undress in which many of the characters spend much of the film. 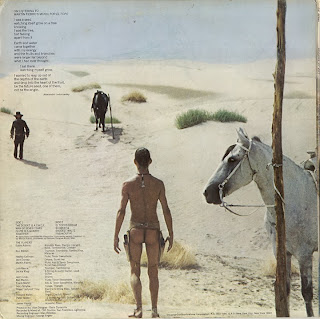 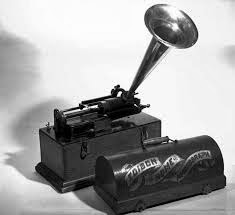 Enjoy, and a toot of the horn to celebrate the advent of the ancestor of the modern turntable, a tale that began its culturally transformative spin cycle only 136 years ago today...
--J.
Posted by Emmpaurer Nowbodhi at 12:03 AM No comments: