Well! Frankie and Johnny at the Fillmore

I have to admit, these death anniversaries get wearisome. I'd much rather post this on someone's birthday, the intention being that we remember them as they were in the full flower of life rather than to dwell upon the (more often than not tragic) circumstances of their leaving. This one is of course no exception, but it being such a heavy date in history I am gonna do it anyway. 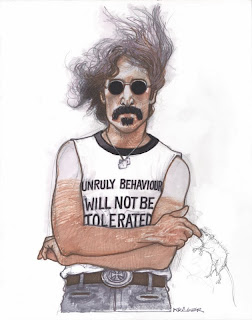 We all know what transpired, so there's no need to go into it here. Both these men were gone from us way too young, but not before leaving recorded legacies that will endure for as long as people are born with ears... so I guess we're good for a while. Frank Zappa died 20 years ago from prostate cancer on 12/4/1993 and John Lennon was assassinated 33 years ago tonight. This brief-but-amazing slice of film stock originates from one of the two times they shared a stage -- this time at the old Fillmore East on 2nd Avenue at East 6th St. in New York City, where John and his life partner would emigrate only a few months after this concert took place on June 5, 1971. 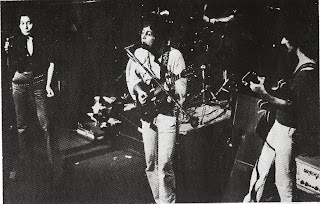 This jam session apparently happened because Yoko Ono insisted that she and John do it... so all you anti-Yoko partisans out there can take a seat for a moment. I'm sure some will find this footage just one more reason to vitriolically bash her, but who cares? Early or late, the haters will hate. For my part, I'm one of those mad heretics that admires her music as much as I do his, so if you like you can gather some dry timber and burn me at the stake if it makes you feel better and validates your hard-won (and, in my opinion, deeply misogynist and not-a-little racist) stereotypes. What some hear, for example, as cacaphonous caterwauling on the opening version of Walter Ward's "Well!" (aka "Baby, Please Don't Go"), I hear as a running scream-singing commentary -- an unsugarcoated depiction of real feelings -- on the sound of your soul when your baby goes after you plead with them please on bended knees not to. So we be free to agree to disagree, if necessary. 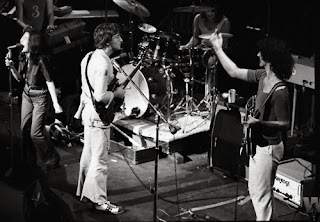 In case you're wondering, this 24-minute encore sequence was indeed recorded at the legendary Mothers shows that produced the infamous Fillmore East - June, 1971 LP; yes, the one that contains the even-more-infamous "Mud Shark" story about what can happen when rock bands get bored out on the road and find themselves in hotel rooms with lots of down time, several willing young female groupies and one or two unusual sea creatures. When I dug it out and watched it I was struck by how much I liked the music, even though such loose jam sessions rarely produce anything of lasting interest and are usually just about the unique historical value and so forth. 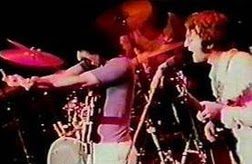 Whatever the case, it's a fascinating document, filmed by none other than Bill Graham himself from the balcony of the Fillmore and dubbed with the soundboard audio later on. Of course it's a bit on the grainy side, given its vintage and the one-camera, somewhat primitive 16mm setup, but that doesn't detract from the fun and controlled sense of mayhem that much. Honestly it's kind of hilarious watching Frank spring the whole thing on his band, who have no idea what's about to happen or what they are going to be playing until he calls out the key of A Minor and away they go! No offense to the young man from Canada, but you just don't find such spontaneously collaborative goings-on at a Justin Bieber concert these days. 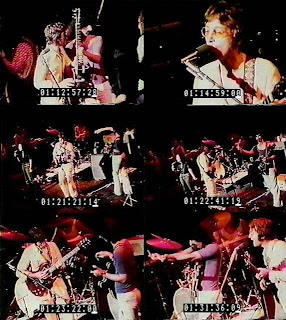 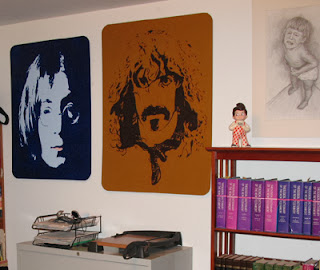 Obviously these two guys are sorely missed and I'm sure there will be more than a few tributes today to the fallen Beatle, as there most certainly should be. FZ's birthday is coming up on 12/21 and we are of course a few days into Zappadan -- the fan-invoked feast commemorating his life that runs from the 4th through the 21st -- so I couldn't dream of a more appropriate post to put up. Please enjoy this humble offering in fondest remembrance of two of the most adored, prolific and rightfully revered musicians of our lifetimes... or anyone else's, really. --J.
Posted by Emmpaurer Nowbodhi at 4:02 AM No comments: