Original Modern Lover and erstwhile Talking Head (as well as prolific producer of vital acts from Violent Femmes to General Public to Black 47) Jerry Harrison is 65 today, so I finally have the opening to post one of my all-time favorite archival videos! I've been wanting to put this up since my pal Deb in Atlanta was enumerating her 100 favorite musical artists on Facebook the other day and the Heads were prominent among the first batch. My good friend Moe also reveres this footage, and used to make me play it repeatedly, in the days when all I had was a blurry, generated copy of it and we were housemates in West Oakland. 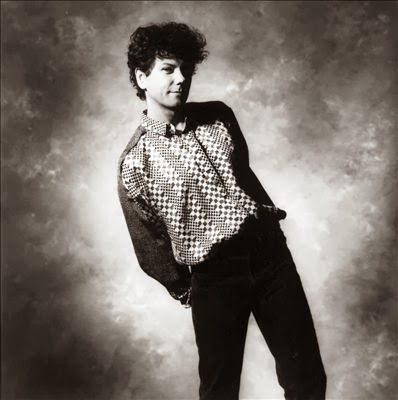 But back to Jerry Harrison, who joined the T-Heads right as their first single came out in 1977, after featuring heavily on the first Modern Lovers LP, produced by John Cale in 1972 but not issued until 1976. You'll see -- in this ridiculously intense set on German television from 1980 I've been itching to post -- exactly how integral to their sound he became. 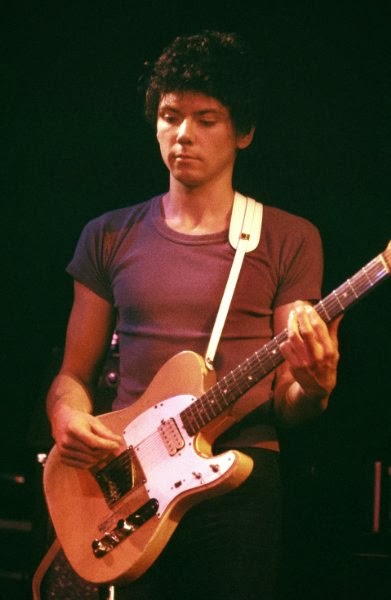 Some of the precisely-repetitive, gamelan-reminiscent guitar contributions on this DVD just fry my mind, especially what he's doing in I Zimbra, maybe my all time favorite Heads tune (it's a tie between that and The Great Curve). If you love the "big band" Fear of Music/Remain In Light Talking Heads with Bernie Worrell and Steve Scales and Dolette McDonald -- as well as the always-dangerous Adrian Belew in full-fretted freakout mode -- this is your Holy Grail... sort of a video companion to the epic second half of the seminal live record The Name of This Band Is Talking Heads. You even get the amazing Busta Jones -- who looks tremendously exuberant and happy here, perhaps owing to the powdery party favors on offer amidst the legendary backstage Heads entourage of this era... or I guess he could be this pumped to celebrate the holiday season -- thumping a Fender bass with what can only be termed the utmost commitment and enthusiasm. 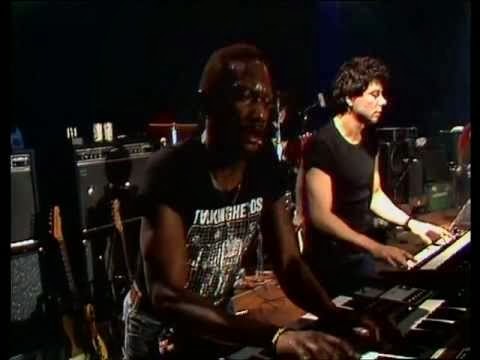 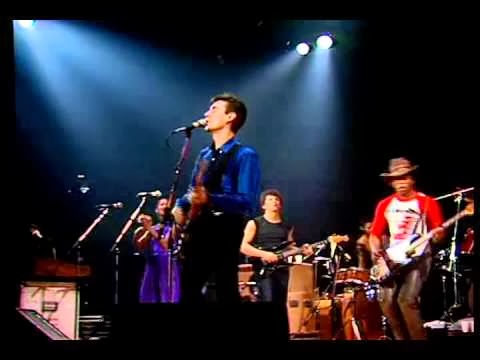 This is really and truly a six-alarm fire of a burning set, with the nine-piece ensemble often resembling a herd of charging elephants as they hit full galloping funk mode over the course of eight scorching tunes. I can think of no finer way to commemorate the birthday of Jerry Harrison -- born February 21, 1949 -- than to offer up this gem, one of my absolute personal favorites from the vaults... so hit the button, pull it down and get busy! According to head Head David Byrne, if you dance, you might understand the words better ;)--J.
Posted by Emmpaurer Nowbodhi at 1:06 AM No comments: