No Foolin': The First Minute of a New Day

Good evening! It's April Fools' Day and my Internet connection is dodgy, but I am doing my best to bring you this post, which I can assure you is in no way a joke. 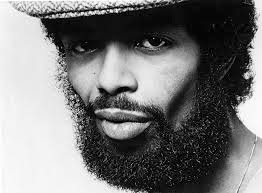 Yep, you guessed it. Gil Scott-Heron would have been 65 today. It's been almost three years since he was last seen on Earth, but his legend will only grow as the time goes by. 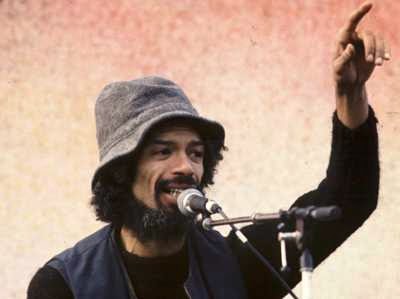 You listen to Gil and the first thought has gotta be: WTF happened to music? Of course it's the natural province of every aging hipster to disparage what the young ones are listening to, but seriously? Name one artist who addresses the social issues that GSH did in his songs, in the brutally honest way in which Gil did it. Nowadays (is that the word us bitter old left-behinds are supposed to use to imply the Mythological Glorious World of our youth, when everything was just demonstrably more awesome?) you get a whole lot of spectacle, where a whole lot of the goal is to ensure that if you were on the road to becoming an ego-obsessed, ignorant dumbass, music is right there to help get you to your destination. Fly Idiocracy Airways... getcha there on time. 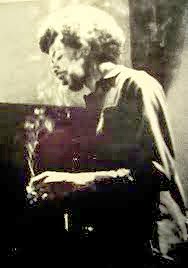 But back to the way it was, with Gil out front today on his big day. Most people who've heard or parroted the mneumonic phrase "The Revolution Will Not Be Televised" don't even comprehend who he was or that it comes from one of his proto-rap poetic assaults, dating all the way back to 1970. Or that he is one of the principal architectural figures of the attitudes and delivery style that became hip-hop, the music which today rules the world. Forget about understanding what he's talking about in the song... most folks don't even know there is a song. 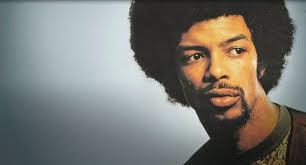 It is with this vacuum in mind that I offer my personal 2CD compilation of some of the man's best, all assembled from a bunch of different sources. GSH's catalog drifts in and out of print like the breeze, with some of his records unavailable in any form since the 1990s and some floating around as relatively recent reissues on small labels that go away fast once they come out. The idea that someone as influential as this doesn't merit a career-complete box set of some sort, with every note gathered in one place, is part and parcel if you ask me of exactly the kind of precipitous cultural and social decline Gil sang about in his music... and which surrounds us today on all sides like a tidal wave of separation, detachment and lowered expectations. 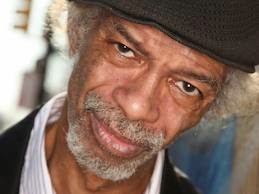 CD1
01 Johannesburg
02 Inner City Blues (Poem: The Siege of New Orleans)
03 Home Is Where the Hatred Is
04 Fell Together
05 Did You Hear What They Said?
06 Under the Hammer
07 The Get Out of the Ghetto Blues
08 South Carolina (Barnwell)
09 Whitey On the Moon
10 We Almost Lost Detroit
11 Hello Sunday! Hello Road!
12 Ain't No Such Thing As Superman
13 Angel Dust
14 The Bottle
15 Three Miles Down
16 Winter In America
17 The Revolution Will Not Be Televised
18 Beginnings (The First Minute of a New Day) 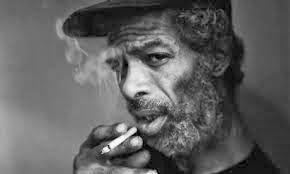 I want to give acknowledgement not only to Gil -- who is immortal and whose music will be revered still in 1000 years -- but also to Brian Jackson, who was a huge part of many these tunes coming into the world in his role as GSH's musical director for much of the 1970s. That's his voice, flute, piano and arrangements you hear shining to the fore alongside GSH on these recordings. But of course we are here to celebrate Gil Scott-Heron, whose life began on April 1, 1949. I'm sure you'll agree, however, that the man was no Fool... unless you see it as the classical role of the Fool, who was the guy in the Royal Court of old who could say anything he wanted. Even to the King.
Posted by Emmpaurer Nowbodhi at 7:40 PM No comments: