Shoot Out the Candles

Welcome to Thursday, the 65th birthday of the man who might just be the current living Heavyweight Champion Guitar Player of Earth. He first burst upon the world in mid-1967 at the age of 17, smack in the middle of Swinging London but not a part of its expressly psychedelic six-string stereotypes, so prevalent in those days. 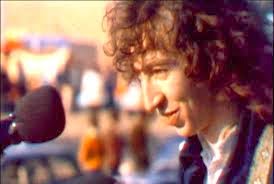 Beginning as a charter member of Brit folk-rock originators Fairport Convention, proceeding through the (best husband-and-wife duo ever?) years with ex-wife Linda, and continuing over the course of the subsequent decades on his own... who can top the résumé of Richard Thompson? 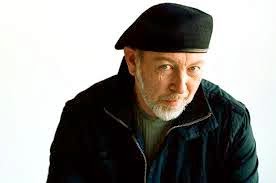 I know I can't. One time I met him and shook his hand and I thought I'd be picking up the crushed bones of my fingers for the next six hours. Hendrix had petit little-girl hands compared to RT, I mean it. Sometimes as a guitar player you watch him and you wanna say the guy doesn't have a 7-fret reach... he has a seven-fretboard reach. I have personally heard world famous players refer to him, in hushed, reverent and vaguely jealous tones, as The Humbler. 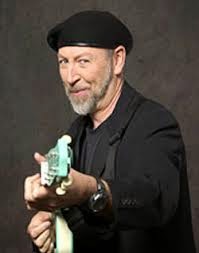 This is a cripplingly unfair 'slinger on either acoustic or electric, manipulating both in ways that leave seasoned guitar experts convinced there's someone else offstage playing that second part. But there isn't. If anyone alive can play with an amount of technical prowess and raw emotive power in excess of what RT can do, they oughta be locked up for having too much talent. Or at least forced to share with the rest of us who pick it up and sound as if we're playing it with our feet. 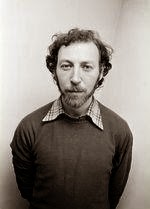 I dithered all day trying to choose a concert to post, because I have so many of his that my head started to spin just deciding. There's no one single show or era that defines him, so I went with one of my favorite tours behind one of my favorite records: 1985's Across a Crowded Room. This is the lossless digital audio soundtrack of the laserdisc -- remember those? -- of the long-form concert film that came out concurrently with the album, and has never been seen since or issued on DVD, save a couple of bonus tracks on other home video releases. 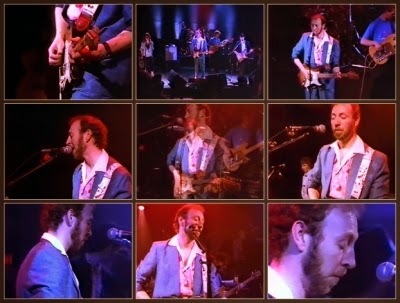 01 Fire In the Engine Room
02 She Twists the Knife Again
03 Shoot Out the Lights
04 You Don't Say
05 Wall of Death
06 Little Blue Number
07 When the Spell Is Broken
08 Did She Jump or Was She Pushed?
09 The Wrong Heartbeat
10 Summer Rain
11 For Shame of Doing Wrong
12 I Want to See the Bright Lights Tonight
13 Nearly In Love
14 Love In a Faithless Country
15 I Ain't Going to Drag My Feet No More
16 Tear Stained Letter
17 Living with a Skull and Crossbones
18 Withered and Died 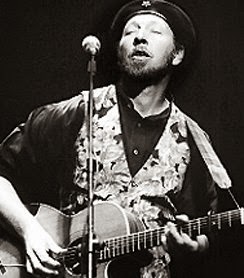 So there you have it: 80+ minutes of brilliant songwriting and facemelting guitar molestation from one of the planet's foremost living exponents of both. I should mention that if you're still stuck in 1995 and want to burn this to CDs, there's a natural break after track 10; otherwise just load it into your iThingy and let it rock. And of course all praise is due to Richard Thompson -- the guest of honor, born this day exactly a century after the Days of '49... and he's had pure gold rushing out of his fingers ever since.
Posted by Emmpaurer Nowbodhi at 5:28 AM No comments: