Here comes an instant anniversary special for your Sunday, commemorating 35 years since this classic bootleg was recorded, a block or so from where I ate dinner Friday night! 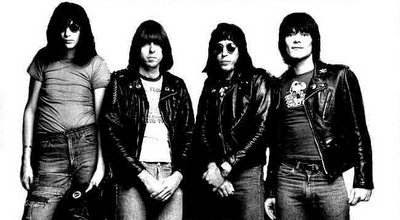 It's a real burner, this one... it makes the official live Ramones record from this time (It's Alive!) pale by comparison, as incendiary as that album is. It was apparently recorded for KSAN-FM in San Francisco for an installment in their "Free Lunch Concert" series, for some reason not by the station themselves but by a Santa Cruz TV crew. Why this is or what really happened is a mystery, but this show was broadcast on the radio just a few days after it was performed. 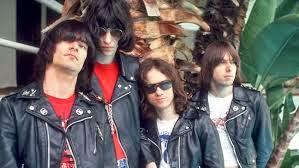 And ohhhh myyyyyy, what a performance. Joey in particular is in a swell mood and is just on fire in this set. This isn't the streamlined, poppier sounding Ramones that came later... this is balls-deep punk rock squalling right here, with Joey giving it all in a breakneck rumble through 27 jackhammer songs. There's a reason why this is considered one of if not the very best Ramones boots of all time. 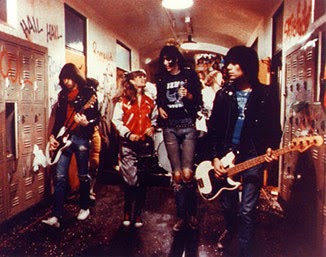 This one comes from around the time of the Ramones' turn as movie stars in the classic 1979 film Rock 'n' Roll High School, and features a stomping version of the title track from that. I listen to this and try to imagine this music being unleashed unannounced on the unsuspecting San Francisco downtown lunchtime crowd, and I just laugh to myself. They just don't surprise people during their workday like they did in the 1970s, and the world is a less exciting place for it IMO. 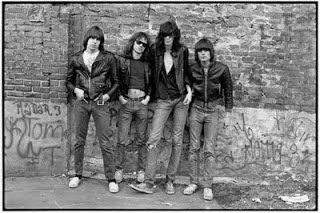 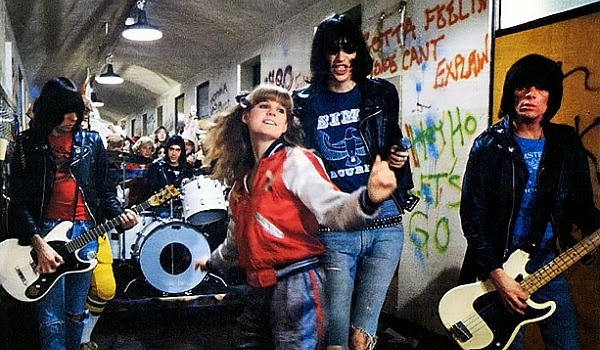 I can't stress enough how shredding this set is... these guys aren't considered the greatest punk band ever for no reason at all. So get up for the down strokes (Johnny was good at the down strokes.... so good he never bothered to upstroke!) and enjoy this hour of power to make you say, in the immortal words of New Jersey's greatest kids' TV host Uncle Floyd Vivino, "Oooh la la, Ramones!!!!"--J. 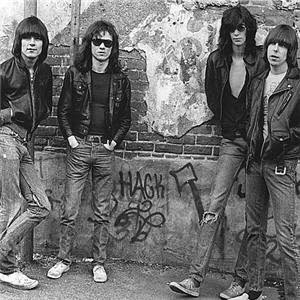