A Most Delicious Slice of Birthday Kate

The brilliant English songstress Kate Bush is 56 today, can you believe that? She isn't even that much older than I am... and she is WAY better looking. I'm not even heterosexual and I can see that Kate's one of the world's most beautiful and supremely talented women for decades running, up that hill or on flat ground. 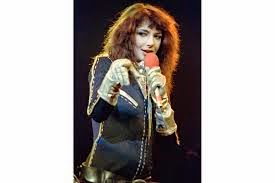 Since her arrival like a ton of bricks on the UK music scene in the mid-1970s, she's established herself as one of the great icons... and she doesn't even tour, due to an outsize fear of flying. Although she is apparently going to perform in England in August and September, or so the rumors have it. 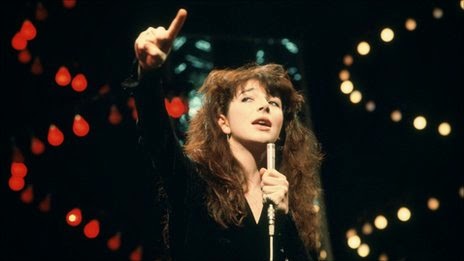 Discovered by Pink Floyd guitarist David Gilmour, whose doctor at the time was Kate's dad, her first several records made her one of Earth's biggest star chanteuses. As her career has progressed, the records have gotten fewer and further between but the sense of her output as among the finest of our lifetimes has not diminished. 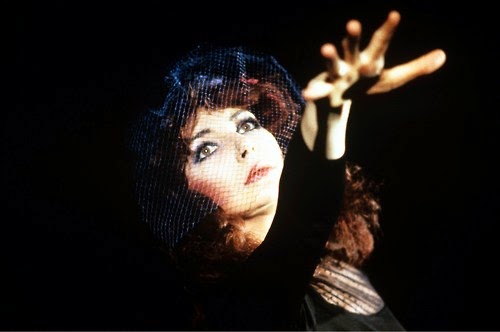 Combining music, theater and dance into a unique and highly skilled presentation, Kate was one of the first artists to really use video to get across. This DVD I am sharing today -- a bit of Christmas in July -- is a case in point as to how. The songs in this BBC special from December of 1979 are all highly elaborate stage set pieces with dancers, costumes, a miming band, the works. She even duets -- stunningly -- on the Roy Harper song "Another Day" with Peter Gabriel. 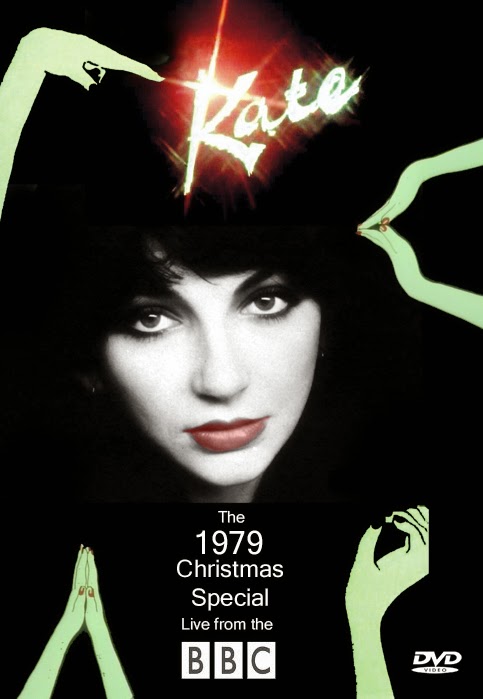 01 Intro
02 Violin
03 (Gymnopédie No.1 - composed by Erik Satie)
04 Symphony In Blue
05 Them Heavy People
06 The Angel Gabriel
07 Here Comes the Flood (Peter Gabriel)
08 Ran Tan Waltz
09 December Will Be Magic Again
10 Another Day (with Peter Gabriel)
11 Egypt
12 The Man with the Child In His Eyes
13 Don't Push Your Foot On The Heartbrake 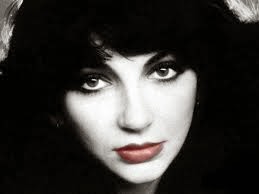 This is a fantastic and expressive 45 minutes of footage; truly representative, in many ways, of what she is all about. I hope you'll enjoy this one as a way of joining in the birthday appreciations for this most unusual and awesome mistress of music, the incomparable Kate Bush... born July 30, 1958.--J. 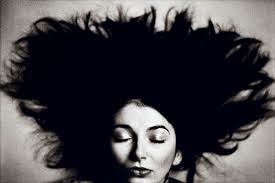