We are gathered here this Monday to wish the greatest eightieth to the late great sax potentate Mr. Eddie Harris, born this day in 1934. 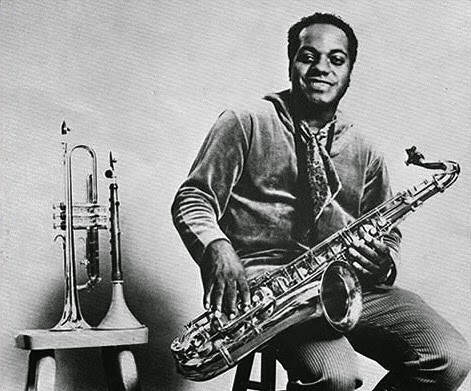 An inventor and technologist as well as a musician, Eddie pioneered the reed mouthpiece attachment for trumpet (enabling kids, in his words, to "play for a thousand choruses" without busting their chops) and was a prime progenitor of the Varitone electric sax attachment in the 1960s, prominently featured on his huge hit and now jazz standard, Listen Here. 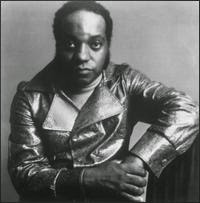 Another career benchmark was participating in one of the more legendary Montreux Jazz Festival sessions, this one in 1969 with piano legend Les McCann that resulted in the million selling album Swiss Movement. Somehow, at the instigation of festival honcho Claude Nobs, this session was filmed, possibly for Swiss TV... and that's what I'm sharing today!

And my, oh my... what a session it is. It looks like it was captured on primitive black and white videotape or even a kinescope, but who cares? You get to see them play a good portion of the record, including the classic Gene McDaniels rant "Compared to What?" that was so huge from that LP. There's even a bonus track from the same festival where Eddie plays Listen Here with his own group, going on an 8-minute Varitone-and-echoplex excursion whilst the Swiss hipsters shimmy and shake along. This was issued by Rhino in 1996 on VHS tape (remember VHS tape?) but has somehow never made it to DVD, so I am posting it as a reminder to Rhino to get a clue and get a proper release of this out there ASAP. 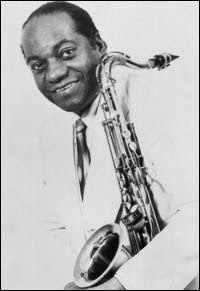 This is stellar footage for ten billion reasons -- the crowd reactions alone are worth watching, as is the moment when Ella Fitzgerald sits down in front to watch and the crowd goes berzerk. You also get to see the original Casino in Montreux before it burned down in 1971, as immortalized in the Deep Purple homage Smoke On the Water. And of course, you are bearing witness, down the decades, to one of the all-time most awesome jazz records that will ever be made, as it's created in front of your eyes. What better way to celebrate the life and legacy of Eddie Harris, who passed away in 1996 but who'd have been 80 years old today? --J. 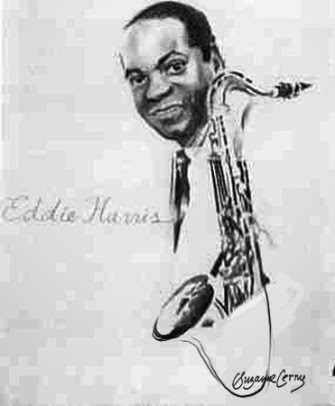