The finest New Year's greetings to all, and welcome to the inaugural post of 2015! 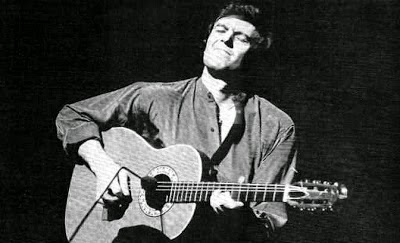 It's the 73rd birthday today of one of the world's most accomplished and brilliant guitarists. Beginning with his own records in England and then hopping the pond in 1969 to join Miles Davis just in time for In a Silent Way and Bitches Brew, there will only ever be one John McLaughlin. 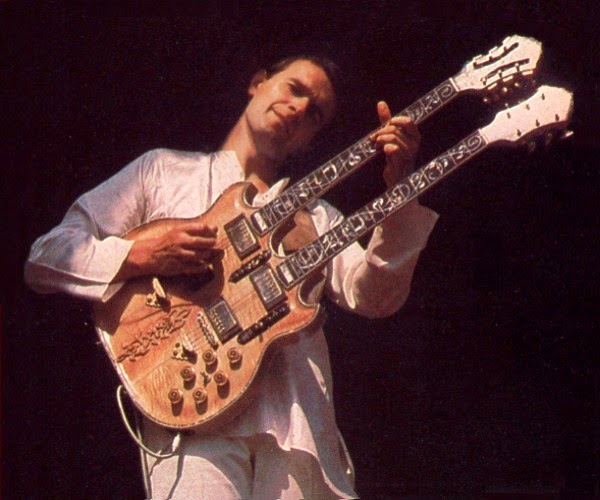 Had he stopped right there, we'd still know his name... but he did not stop there. Fast forward to 1971, when he starts what many feel to be the greatest band that ever played anything, anywhere. There's fusion, and really there's music, before The Mahavishnu Orchestra and there's music after TMO. They're that huge, especially to other musicians. 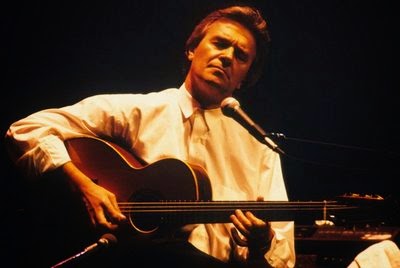 He helmed Mahavishnu throughout the first half of the 1970s, breaking in 1973 to make one of the most beloved fusion records ever with the legendary Carlos Santana, fittingly titled Love, Devotion, Surrender. After TMO ended in 1975, he immediately started another, completely different -- and acoustic, whereas TMO had been about the most electrified (and electrifying) group ever conceived -- band based in North Indian and Carnatic music. It is this group -- Shakti -- that constitutes our first share of the new year.

These guys are kind of a subcontinental Indian supergroup. The tabla deity Zakir Hussain got his first big exposure in Shakti, and all of them were heavyweights in this kind of music before joining forces in 1975. In the late 1990s they reformed as Remember Shakti and toured a new record, but this performance dates from their mid-Seventies heyday and is a pristine (man, it sounds good) pre-FM reel from a London concert of theirs in the Spring of 1977. You even get the host of the Old Grey Whistle Test (the awesome Bob Harris) as announcer! 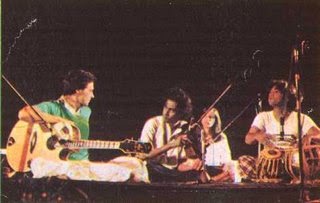 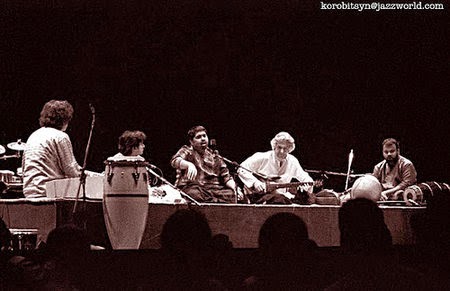 I think you'll really enjoy this gorgeously blazing set from these masters, led by today's birthday Maestro Mr. J-Mac. Go ahead and pull it on down and get it humming for your Sunday afternoon doings, and I'll be back in the coming days with more sounds for your grounds. And of course the most fantastic of birthday wishes to the fleet-fingered John McLaughlin, born this day in 1942!!--J. 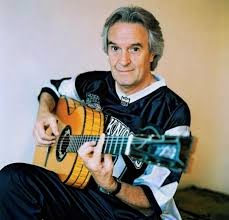