Happy Thursday and welcome to today's birthday party... this one's got some very Metal candles on the cake. 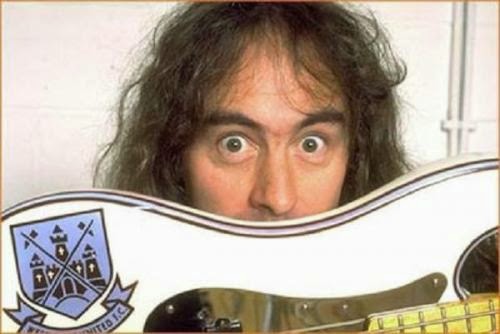 Yes, 3/12/15 marks the completion of the 59th trip 'round the Sun for the founder of one of my all-time favorite Heavy Metal aggregates. 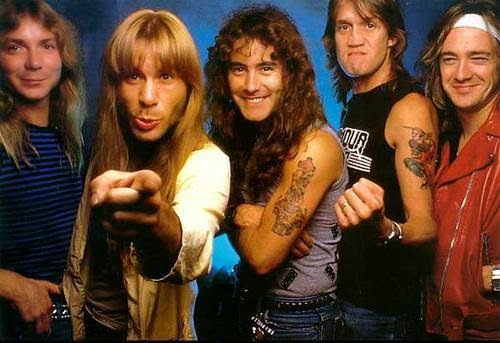 I know, I know... you think of me as the typical jazz snob, only occasionally favoring Progressive Rock cuz they sometimes play in 21/8 time. But this group actually is as influenced by those kinds of sounds as they are by Black Sabbath, and that's one reason I dig 'em since I first heard 'em when I was 15 years old. 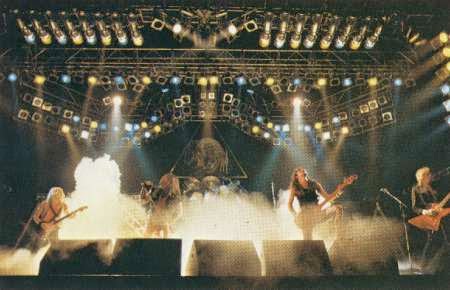 I remember being a kid and seeing an interview with them, right when they were exploding in around 1983, and their bass player and architect Steve Harris -- that would be today's b'day boy -- was asked what bands had influenced Iron Maiden to make the music they did. His answer -- a laundry list of Progressive Rock bands, some of which (like Van Der Graaf Generator) I at my tender age hadn't even heard of yet -- was all the music I already loved. 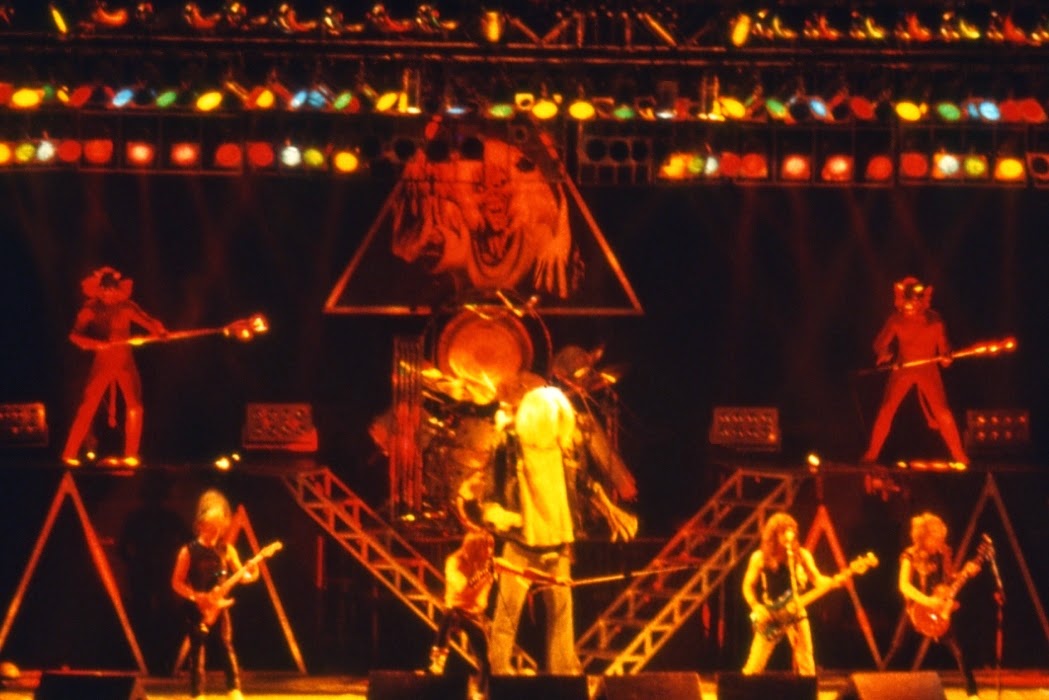 So to honor this underrated musician and progenitor of one of Metal's most revered bands, I am gonna put up this pre-FM sourced radio hour of Maiden on their ridiculously classic 1982 "Beast On the Road" tour. This was recorded at the old Palladium in NYC, so watch for platinum-piped singer Bruce Dickinson's complaints about how excruciatingly hot it is in that place... I remember it well in the New York City summers. Additionally this is remastered by the estimable audio boffin "thir13en" and will wax your woofers and touch your tweeters right nice, I'd venture to say. 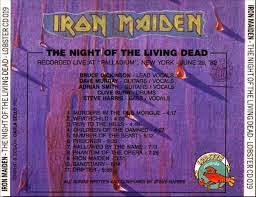 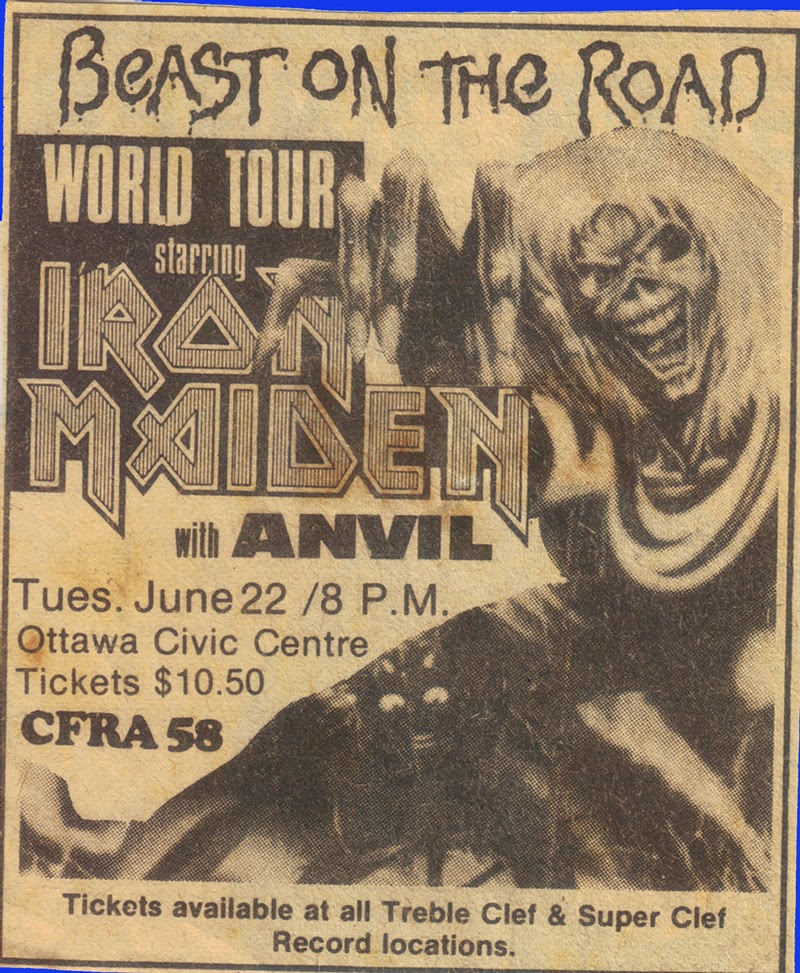 This is perhaps the crispest sounding version of the most legendarily scorching Maiden bootleg, so don't hesitate to pull it down, crank it up and swirl your long, flowing hair to the music like the real headbangers ball. I'll be back Saturday and Sunday with some more birthday tribute for your transom, but for now we send the most excellent wishes to Steve Harris, founder and bassist of Iron Maiden and born this day in 1956!--J. 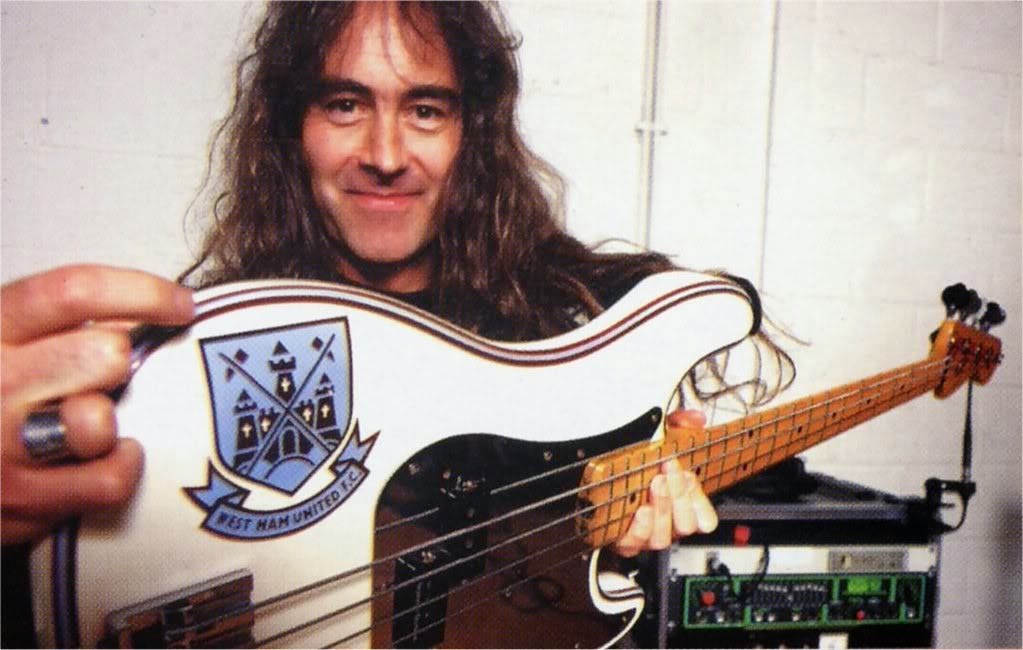