Thurs-Détente: Seven Days In May

Hello and welcome to an anniversary special with a hammer-n-sickle twist! This one's a regular chip off the Crocodile Bloc. 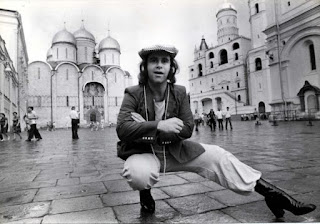 It's commonplace now, in the post-Soviet era, for all manner of acts to play in Russia. I could name a dozen or so official concert DVDs of the last 15 years that were shot in Moscow. But it wasn't always that way. 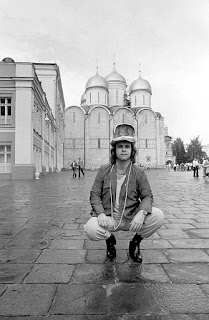 This post documents the first time a Western Rock musician ever played behind the Iron Curtain, way back in 1979 when Elton John asked to play there and was -- astonishingly at the time -- granted permission to tour the USSR for a week. 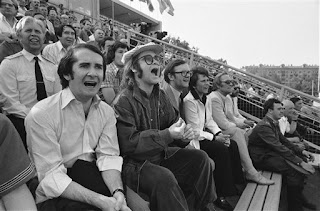 He took a film crew with him, from which came the famous documentary called To Russia With Elton, and played a handful of concerts around the country. This post documents the final one, which took place 36 years ago tonight in the Concert Hall of the iconic (and long-since-demolished) Rossiya Hotel in downtown Moscow. 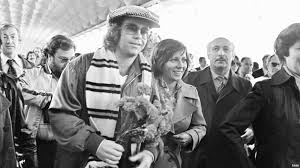 It's interesting that recently Elton John has gone back to play in Russia again to stand up for gay rights amid all the persecution going on there... one can but imagine the controversy had he been fully "out" for this little excursion decades ago. 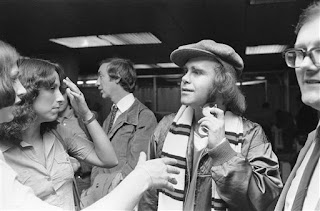 None of that matters, because the focus is on this first foray into the USSR and the man kills it. Think about the pressure involved, and then think about the idea that he went essentially bandless, performing mostly solo with an assist from percussionist Ray Cooper. When it's just you, the piano, the microphone and a concert hall full of people who aren't even allowed to clap along with the music, you better get busy. 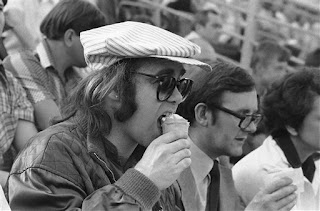 And busy he does get, delivering a performance here that can only be described as absolutely devastating. Armed with a setlist full of obscure Taupin/John chestnuts -- I know he doesn't play all these Tumbleweed Connection tunes all the time -- and a bunch of songs the audience actually recognizes, EJ completely blows up the venue and even succeeds (with help from Cooper) in getting the crowd participating towards the end. 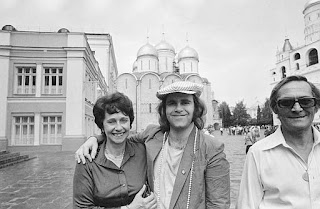 I wanted to remaster this volcanic performance for its 36th anniversary, so I set about messing with it in Sound Forge 9. I patched the missing beginning of "Candle In the Wind" in from the To Russia With Elton performance from St. Petersburg a week earlier and in doing so discovered that this tape was itself running almost a full semitone slow (95 cents), so I fixed that and sonically matched the two segments as seamlessly as possible, bringing back the Elton of half a lifetime ago. 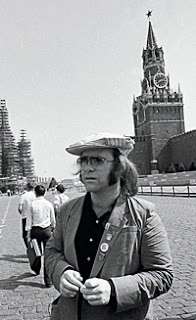 I worked on reducing the swimmy reverb-ness, which this recording is sorta famous for, and got it into much better shape, I feel... I also reversed the channels, which were swapped, and titled/tagged it all. Still a slightly flawed recording obviously, but the quality of the performance -- some of these renditions of the songs, esp. Sixty Years On, Rocket Man and I Feel Like a Bullet (In the Gun of Robert Ford), are arguably the best ever played by anyone -- plus the historical nature (with EJ playing multiple songs almost never heard in concert) win the day. 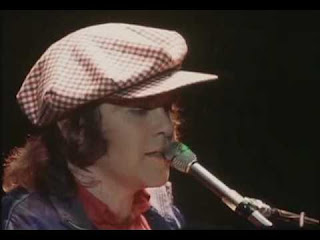 sounds like a master off-air FM reel, possibly from Radio Moscow? Maybe this was aired on radio in Europe? Who knows? Remastered by me.
775 MB FLAC here 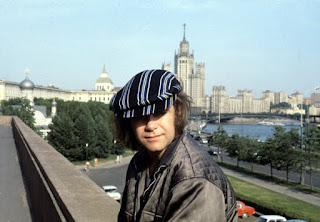 This set is an absolute beastly blast, replete with songs I'm not sure I've ever heard him play in concert and featuring versions of songs -- played mostly by himself -- that for me just blow away the ones on the records. He sure doesn't play that Jim Reeves country classic about putting your sweet lips a little closer to the phone every night, that much is certain. Anyway, the idea that this is not issued legitimately, documenting as it does an entire show as Elton becomes the first Western rock musician ever to play Moscow, leaves me shaking my head... but until the record suits come to their senses this will have to do, I'm afraid. Enjoy and remember that time Elton John helped melt the Cold War ice for a week in the Spring of 1979! Consider it your Thurs-détente :D--J. 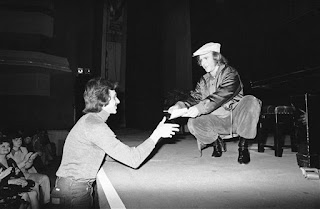