When last we spoke, we were mourning the loss of one of the beasts of the bottom end, so it is only fitting that we return with a birthday tribute to another bass deity, still going strong at 64 today. 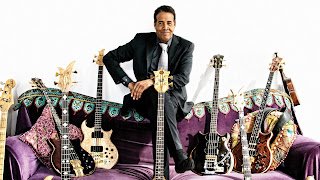 Is there a more diverse, more elegant, more ferociously creative player of any instrument than Stanley Clarke? An all-time innovator whose approach to electric bass -- adapted from double bass technique -- is widely imitated, he's scored dozens of films seen by millions of people and played in (and led) all-star ensembles, including of course the one featured here today, often viewed as the greatest fusion band ever assembled. 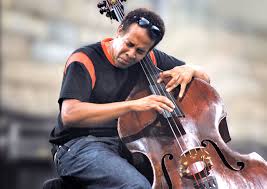 When I think of Stanley Clarke, which is not infrequently, I keep coming back to the word elegance. Of all the zillion records I have heard that he is anchoring at the bottom end, I can't recall him ever playing a single note or phrase that seemed superfluous or unnecessary. Everything he plays evinces a sort of effortless perfection, no matter the context. 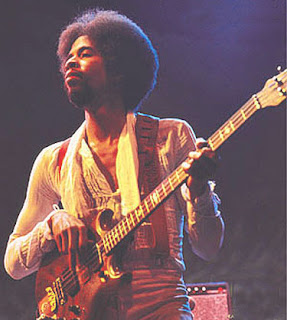 He is another whose exploits on both electric and acoustic have almost come to define the instrument in our lifetimes. Plus, he did the music for the original Pee-Wee's Playhouse... I mean, who can say they played for both Horace Silver and Pee-Wee Herman? 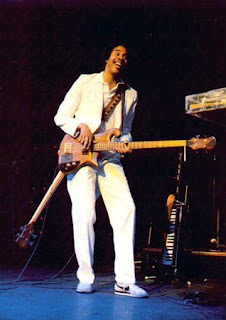 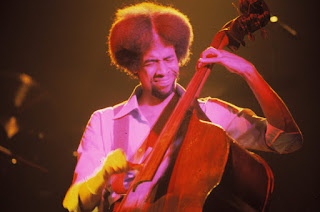 Even if he had done none of the above, he would still be important for just the way he holds the electric bass in his hands. Applying double bass technique to electrics, his posture and right arm/hand positioning is extremely influential on any number of players who've come around since he hit the scene in NYC in the early 1970s. 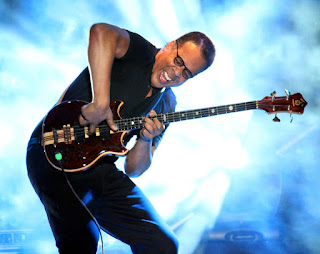 Of course, his record School Days (from 1975) is widely held to be one of the most impactful, in terms of its effect on subsequent bassists, that will ever be waxed. And then there's this little jazz-rock ensemble, of which he was arguably the anchor if not the foundation. 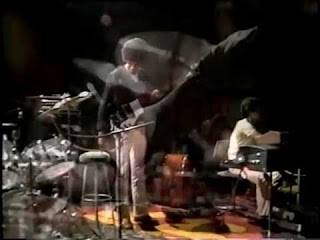 It's funny because I was never a big fan of the most popular version of Return to Forever, Chick Corea's fusion project that became one of the most revered of the genre in the mid-'70s. I always preferred the records with first the amazing reedsmith Joe Farrell and then guitar maestro Bill Connors, which I felt were more understated and less pyrotechnic before Al DiMeola showed up to scald the air with 128th notes that could strip the paint off cars at 20 paces. 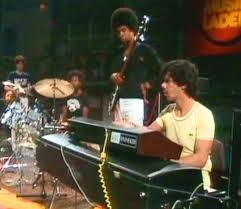 Today's share hails from that second RTF period, with Bill Connors preceding Al D. My favorite RTF record is coincidentally the one where Stan shines the brightest, 1973's Hymn of the Seventh Galaxy, featuring his delicious composition "After the Cosmic Rain" (my fave RTF cut!) and this sizzler of a set includes that song and comes from German TV at the end of that tour. 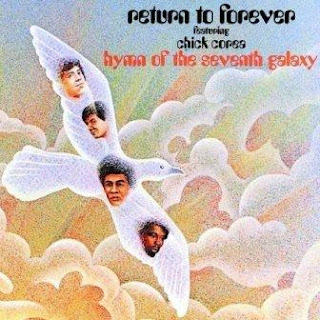 This was taped for WDR-TV's extraordinary Musik Laden program (the awesome Musik Laden Extra series, which if it were ever officially boxed up and issued I might lose my mind), but was somehow never aired. It's sourced from the original station masters and exquisitely remastered (both video and audio) by the fantastically talented archivist Tooleman. In no way is it discernible from the prospective official release for which it so manifestly begs. 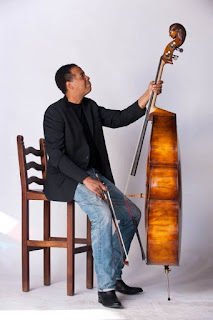 This set really revolves around Stan and that's why I chose it to post. He takes an absolutely mesmerizing unaccompanied, extended solo on the stand-up and also a pretty tight duo turn, with incomparable drum dervish Lenny White, on an unbelievably funked up electric break that will fail to move only the deceased... and you may even see them get up to get down. So pull it down and let's celebrate one of the foremost avatars of The Low End Theory ever to grace the stage: the utterly grand Stanley Clarke, born this day in 1951!--J. 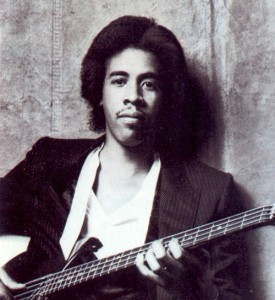