Let's inAUGurate the new month with a birthday tribute to someone everyone knows and misses, born this day in 1942 and gone 20 years already. 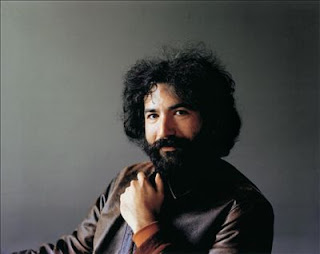 Has it really been two whole decades? I remember that morning well... in San Francisco it was a huge deal. People were wandering around in a haze... OK, in even more of a haze than usual. I think I heard more than a few off-key renditions of Ripple emanating from doorways that day. 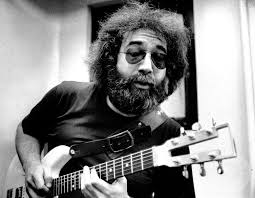 So here we are 20 years after the fact, with last month's (allegedly final, but not so fast) "Fare Thee Well" festivities in Chicago supposedly closing out, after fifty years, what today's honoree began. 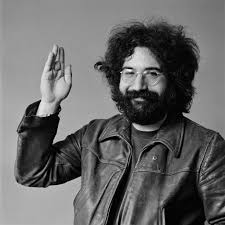 When I was a kid I admit I did not understand. To me, the whole thing sounded like the drummers were so far behind the beat, they were in fact still playing a show from last Tuesday in Milwaukee. This poor fellow had to sustain a solo, night after night, with ideas and momentum, all while having to constantly play over that slop. Later in life I started to get it, and to stop blaming him for their shortcomings. 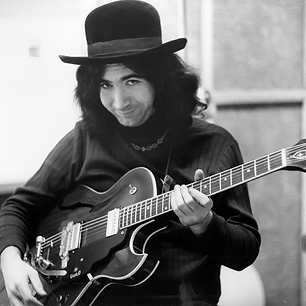 It wasn't until I got older and heard all the improvisational jams with Howard Wales (my personal favorite record of the GD universe is Hooteroll?) and Merl Saunders that I came to comprehend exactly how underrated a player this guy was. Then I got into Spring 1977 -- I think the drummers got some coke and it showed in what they played... and how fast! -- and I began to change from an overt detractor into something of an enthusiast. 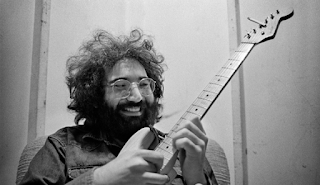 I remember the day it really changed for me. I was in a friend's car driving around Berkeley -- with some appropriate herbal refreshment in the vehicle -- and he had on the Sirius/XM Grateful Dead channel, on which archivist David Gans was spinning an unissued set from The Palladium in New York City that had been recorded on May 3, 1977. When they got to Terrapin Station, I about fell out of the car. This is the Dead? This is as funky as white people get! Who knew?!?! 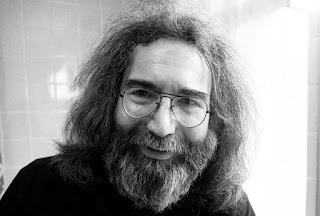 Listening to that, and the utterly astonishing stream-of-consciousness 16th-note shit he was playing on that show, I recall thinking how wrong I had been. I think my friend, an ardent Deadhead for his whole life, was exceedingly pleased that he was the one who had broken through that day. It wasn't long until I had stocked up on nearly every performance from April-June 1977. 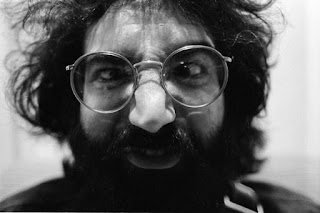 So here we are, on the day the guy would've been 73 years old. I have a lot of friends who really miss this man, and I know they aren't alone. Shucks, I even miss him, even though I didn't really appreciate anything he ever did in music until after he had died. People can say what they want... myself included, you know? They didn't invent -- and sustain, for a long time -- something that transformed the cultural landscape of this world. Jerry Garcia did. 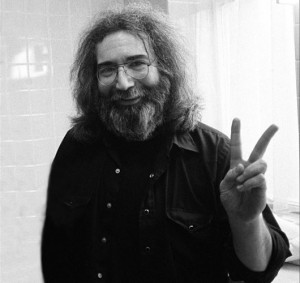 It's in honor of these achievements that we are gathered here today, and I am bringing the goods to the table. The GD and JG universe are difficult because there are so many recordings to choose from, and unissued ones are being unearthed and dusted off for release every day. I was determined to share something appropriately unusual for the occasion. Here goes, and forgive me in advance. 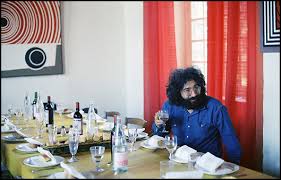 There's this really famous French TV show that used to air in the early 1970s... it was kind of the French version of The Old Grey Whistle Test, but a lot less glitzy and a lot more shoddily produced. It was called "POP2" and it aired weekly back in the day. It's kind of a running joke in trading circles because the sound on the show was always awful, and the songs -- filmed in live concerts -- were almost never shown in their entirety.

There'd always be these cutaways, mid-song, to ridiculous interviews with the musicians sitting around a big feast table stacked with wine and gastronomical treats, but you could never understand what they were saying because the translation voiceovers were constructed so even the deaf could hear them. 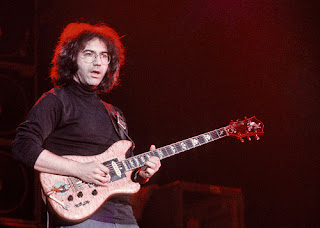 There are two of these "POP2" programs that focus on the 1971 Grateful Dead performance at the infamous Chateau d'Hérouville -- aka the "Honky Chateau" -- where so many 1970s hit records were made. Elton John even named an album for it. What apparently happened was that the band went there in June of 1971 to play a one-off festival gig, but it got rained out so they ended up just doing a concert for the locals at the house. This was shot by ORTF-TV and edited down into about 40 minutes for air. 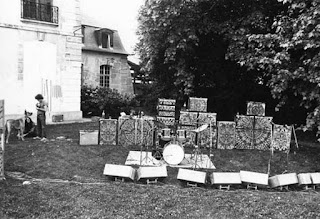 The jumpy, interrupted and wholly unaudiophilic nature of "POP2" has always been a source of consternation for us music fans, so some of us apparently took matters into our own hands a few years back with a VHS master tape of the original broadcasts from 1971, using a pristine soundboard dub captured by the legendary Dead taper Charlie Miller to flesh out the songs into a little concert movie of this show. Using the original film, video effects, recycled and altered footage and a whole lot of creativity, they managed to turn this into a show where, at the very least, you get to experience the complete songs in a quality that doesn't sound like 10,000 nails on 20,000 blackboards. I think it's fantastic, what they did... pull it down and see if you agree. 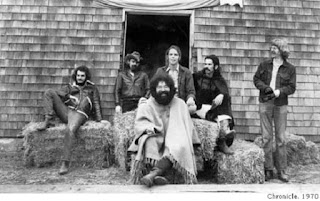 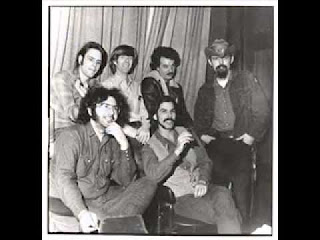 This is a pretty odd piece but it really does the trick... the folks that did it put a ton of love and attention into the project and it must have taken weeks (months?) to get it all together and synched up. The original sound of the broadcasts was so legendarily awful, I suppose it had to be done -- and as we know there are no fans of any music or band more enthusiastic and, yes, dedicated in terms of obsessive archivism. So grab it and fire it up as we celebrate the life and lasting legacy of the guitar Maestro so loved everyone just calls him by his first name -- and of course, Happy Birthday Jerry!--J.