Let's make our Tuesday super by marching into the new month with a birthday tribute to one of the masters, shall we? 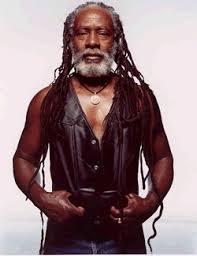 Imagine you were born in St. Ann's Bay in Jamaica, and growing up as a boy one of your best pals was Bob Marley, who was born in the same place 3 weeks before you. Imagine the two of you took two totally divergent, yet remarkably similar, paths to the top of Reggae music, a genre both of you helped to create. Imagine this kind of music was taking over the world right as you were hitting. 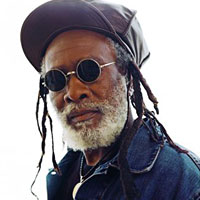 Now imagine that after nearly 50 years at the cutting edge of the music, you're still thriving and arguably in better shape than you've ever been. Lemme tell you all I follow this man on Facebook, and many days get to see where he's at and what he's up to. If I am looking and feeling as good as he is at 71, I will be thrilled to the power of ecstatic. Heck, I'll be ecstatic if I even make it to 71. 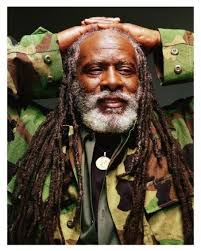 That's right, Winston Rodney -- aka The Burning Spear -- is 71 years old today. I first heard this giant's music in college and about a month after I first did, my friend got to interview him and his band for the radio station there... this was in about 1985. His compensation was being bestowed by one of the cats with a spliff so wet with resin it was dripping. He said the joint lasted for three full days. My jealousy has lasted three full decades, I'm afraid. 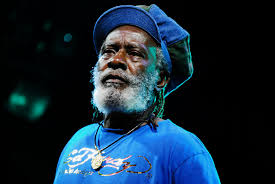 But the sweet ganja smoke is a bonus; it's all down to the sounds. I'll just say it: this is the Last OG of Reggae, almost the last Roots Rasta singer from the backwhen days when it was just jumping off. There's Jimmy Cliff and Toots Hibbert, but those guys are more mainstream, less religious in their approach and subject matter. As far as the soundtrack of Ras Tafari goes, this guy might be the all-time lion after his childhood friend Bob and Bob's friend Peter Tosh. There is no sound that ever existed that was more Roots or more devotionally Rasta than Burning Spear. Nor will there be. 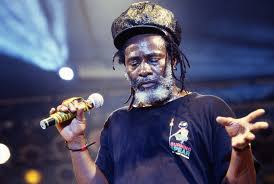 He's also the sworn enemy of pirates and bootleggers, so I hope he doesn't kill me for putting this up... hopefully this will make its way to him and he can issue it someday, as it belongs to he and he alone in terms of the commerce of it all. "It" in this case is a 90-minute set of Roots Rasta Revelation, taped for broadcast at the old Cocoanut Grove in Santa Cruz by KUSP-FM back in 1980. 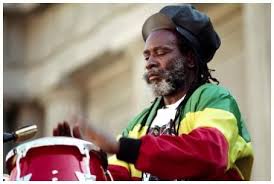 I sat all day Monday messing with this face-melting set -- it comes from the HAIL H.I.M. tour, when Winston had had enough of Island and finally just struck out on his own label. It was already a colossal hour-and-a-half of the finest Reggae runnings, but as with all tapes that have Dolby B in the lineage, the high end tends to get a little flattened out and unpopping. 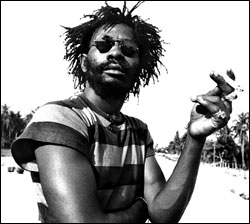 I went in and very slightly adjusted this using Sound Forge 9's estimable Graphic Dynamics tool. A little stereo field rebalancing and here it is for your audiological enjoyment! I do it all for you. No, that's not exactly true... you are important, but I really do it all for the music and because the idiot record industry won't do it. 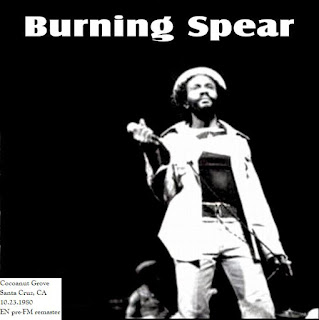 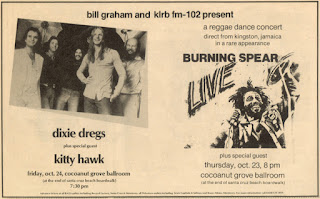 I advise toasting a phat one and getting your head positioned just precisely right for this most deep set of Roots reality, but it works sober as well. Either way you gotta fire it up, crank it up and c'mon let's celebrate one of the most towering artists of our lifetimes in any genre or medium, Maestro Winston Rodney -- The Burning Spear -- who was born this day in 1945. Bless! Ras Tafari.--J. 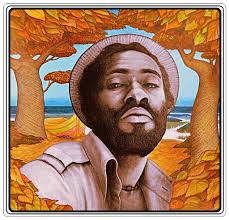