It's a gorgeous Sunday afternoon, breezed by melancholic thoughts of another absolute titan of the music of our era -- one I just birthday blogged last Thanksgiving, nonetheless -- who has sadly left the stage for the very final time. 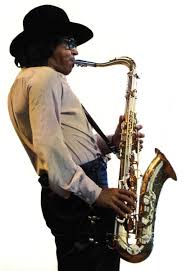 He just turned 83 years young last November, and here we are saying our farewells. Biggest regret is I never got to see him live, and had made up my mind that next time he played here in Oakland or SF, I'd be there or be square. Now it seems I will not get that chance. 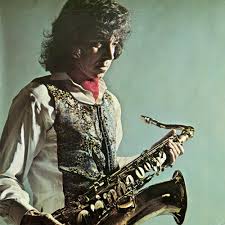 He was scheduled to play a gig at Washington DC's Howard Theater only tomorrow night... maybe the most fitting end would have been him falling, unconscious, to the bandstand after one last chorus of I Want You, coincidentally his biggest hit record and written by the last guy I honored on this page just 2 days ago, Marvin Gaye. Don't laugh... he just missed doing that by about 36 hours. The great ones always have that dramatic flair, don't they? I'll probably die trying to rinse the FM static from a T. Rex bootleg from 1973. 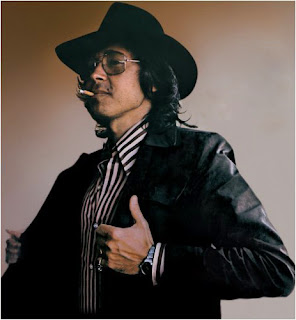 I've been listening a lot to today's honoree's early 1970s monumental classics of everything, like The Third World and the standard-setting Latino America series, because I have a close, treasured friend who (despite being half my age) is deep into Jazz, so for his birthday last November I gave him a whole bunch of those records on CD. 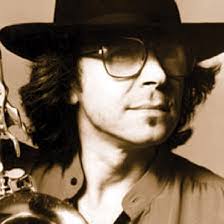 Now, whenever we hang out, Bolivia and El Pampero never seem far from the playlist, and each time I hear those slabs of interstellar vibration pouring out of my friend's speakers, I become that much more impressed and involved in the music of Leandro "Gato" Barbieri, the Argentine saxophone colossus who left us yesterday at 83 after a career that can only be described as beyond Earth-shattering. 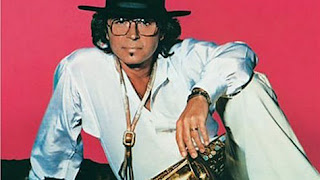 Last November I shared a pretty bustling 2CD compilation I constructed of my favorite Gato jams, and in honor of his passing I have made new links for that post so if you missed it you can catch it here on the flipside. If you just want the music and don't wanna sift through my verbosities, the 320K mp3s of that comp can be found here, and the FLACs of it are right here. 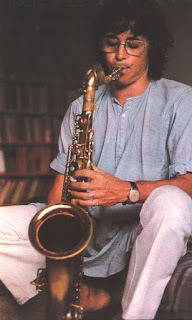 Additionally, allow me to post this extraordinary 15 minutes of footage shot (I think) by Italian television for some sort of segment or special on Jazz or Gato or both in the Spring of 1972, just as he was about to explode with the sensuous, landmark and award-winning Last Tango In Paris soundtrack that made him a superstar. 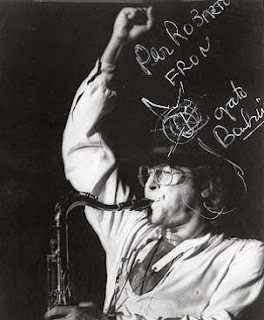 This is two tunes in some grainy-but-grand B&W film -- if I had to speculate, I'd say at most a minute of it was ever shown, and likely with an added voiceover -- shot in Rome, and features the man's quintet of the time, which includes, among others, the monumental Lonnie Liston Smith on piano. I had missed it being posted on my favorite BT tracker a few months back, but snagged it last night and share it here in the gracious spirit Gato embodied. 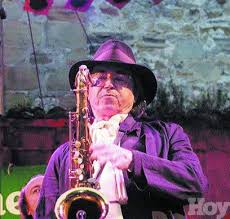 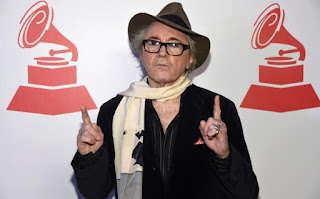 This footage also features another titanically talented musician --  one that also sadly passed away recently -- whom I have been intending to tribute: the Brazilian percussion Maestro Naná Vasconcelos. Man, is it hard to keep up with the funeral schedules or what? I was posting a bunch of stuff to the cloud last night, so in lieu of a full post on him (which I'll do at a later date cuz he is well beyond worthy of it), you can find the tremendous Codona concert from 1978 that I posted in honor of Don Cherry's birthday in 2014 right here... Naná is 1/3 of that group and is all over that tape like cane on the brazos. 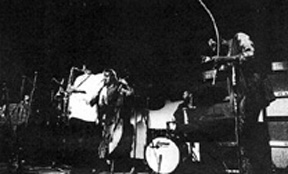 That's Naná on GB's left in that shot. And of course, as we enjoy this fine Sunday full of the very finest music, let's be sure we remember Mr. Gato Barbieri, whose music will forever burn with an unparalleled passion and vitality even after he'll be gone for centuries.--J. 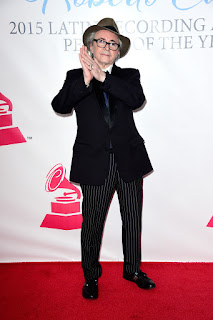