Gosh, there's been so many deaths. When was the last time I posted something that didn't concern someone being born or dying? The rainy Saturday vibe leads me to correct that situation with an anniversary gem from 39 years ago today. 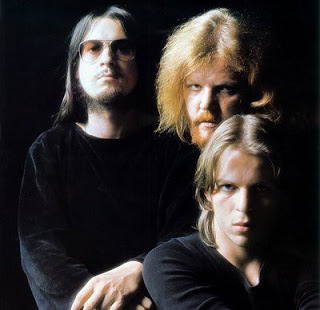 In archival and bootleg trading and torrenting circles, there are more than a few bands that have embraced the sharing of their concerts as a way to engage with their public and keep their name fresh in the news. Today's share comes from just such one of these groups, who allowed an entire comprehensive and career-spanning series of their live material to be constructed by their fans in the early 2000s. The show I am posting today comes from that very series. 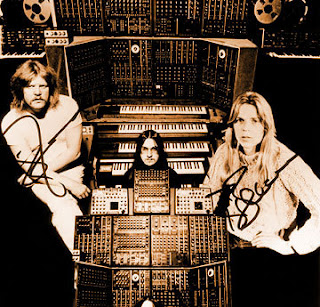 Tangerine Dream are the band and, well, it's no exaggeration to state that they are one of the earliest progenitors of the Electronic Dance Music that rules the world these days. Not because they made anything resembling EDM or its offspring. They just enlisted their friends to build the first arpeggiating sequencers, back when no such thing existed. 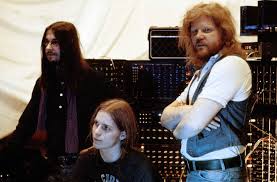 Back then (1973), it was much simpler and the machines could only hold at most a few notes or digital gestures. But the spacy, arpeggiated voyages these guys initiated using those devices for rhythm and repetition sparked a multitude of revolutions in a bunch of different directions from Disco to House and on to today. The joke goes that to remix T-Dream's Ricochet from 1975 for today's dancefloors, all you'd need to add was a plodding kickdrum square on the beats and a sexy female voice exhorting the assembled ravers to shake their moneymakers.

So on to the Tangerine Tree and today's epic concert. In around 2004, fans of this classic band approached since-departed founder Edgar Froese about assembling an archive of the best versions of all the broadcasts and bootlegs from across their storied career. To their amazement, he agreed to help out on the project, and by 2006 a massive archive was completed, comprising over a hundred volumes of the Tree and its many Leaves. 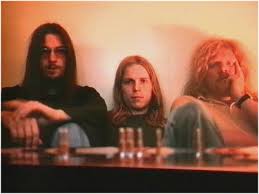 Today's share is Volume 18 of the Tangerine Tree, broadcast live over Montreal's legendary CHOM-FM on April 9, 1977 during the US tour that produced the seminal live LP Encore. This is a complete, unoverdubbed concert of what many consider the definitive incarnation of TD, with the trio of Froese, Christopher Franke and Peter Baumann delivering two hours of trance-inducing, pulsating burblings and sequencer grooves -- all buttressed by more mournful and romantic Mellotron than you can shake a tape loop at -- from back when electronic music was synonymous with improvisation. 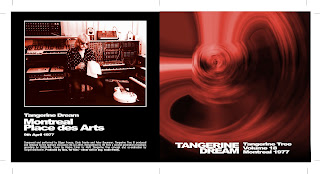 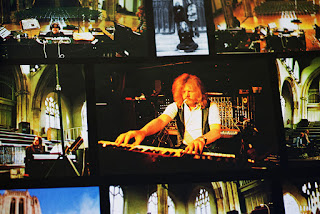 This was actually officially released back about 10 years ago, as part of the "Bootmoon" series that featured official CDs of some of the Tangerine Tree volumes... but there was a catastrophic mastering error and discs from a 1981 concert ended up in the boxes for 1977! Then they tried to fix it and instead one of the tracks on CD2 got repeated twice! So this edition is really the only one to contain the correct version --  ah, the music industry. Anyway pull this bubbling sucker down and let it take you on a Saturday journey through spacescapes of  Saturday sequencer Satori! What the hey, at least no one died yet today.--J. 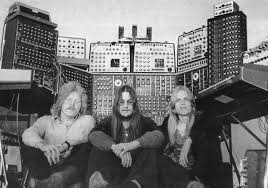