Happy Tuesday and welcome to a 72nd birthday tribute to a hero long departed, but whose subtle influence over the music of our lives can never fade. 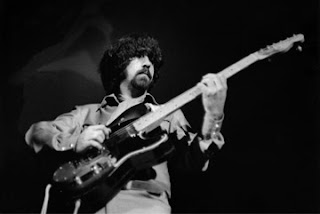 Of course it's all taken well for granted now. There's 12 radio outlets in every city that play this Americana sound, what used to be called Country-Rock. But 50 years ago, the universes of Country music and the then-exploding sounds of Rock could not have been more ideologically opposed. 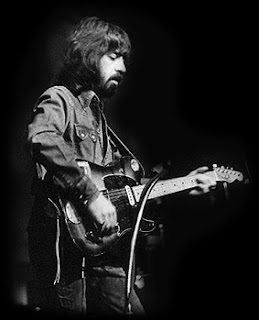 The person you see in the pictures did not live to be 30 years old, and through no real fault of his own, either. He was run down in the street by a maniac woman with a live drink in her hand, who had no idea that she had just killed someone until she was told. But before the tragic night in July of 1973 when he was taken away, he managed to turn the key in something, and unlock much of the music we assume as normal to our ears nowadays in the process. 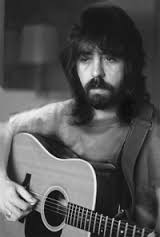 He was first and foremost one of the absolute fleetest-fingered guitar players the world shall ever see. He almost never moved while playing -- and his anti-rock-star, all-business ethos was not the norm in the time he was around -- but what his hands (and as we'll see, his shoulder) were doing had a tremendous, almost quantum impact. 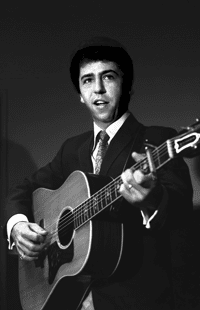 It all began in the early 1960s, when he was one of the premier Bluegrass and Country players, in realms then wholly removed from the popular music then taking over the world via The Beatles and Rolling Stones. As the decade wore on, he drifted further into Rock, becoming a sought-after session musician in Los Angeles at the height of the Sixties pop machine there. 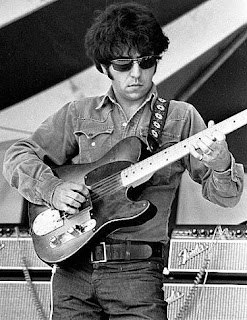 Sessions playing on hits by Linda Ronstadt, The Monkees and Arlo Guthrie followed before -- through his old friend from Bluegrass days Chris Hillman -- he was asked to play on a session for The Byrds, then the Number One Folk-Rock outfit on Earth. It was through this association that he was to come into prominence and alter the guitarscape of our world forever. 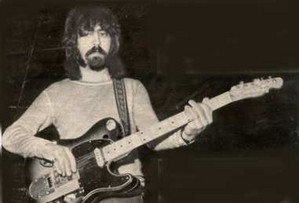 During this time, he and his pal Gene Parsons -- who'd soon become the Byrds' drummer -- spent their days perfecting a pretty fantastic invention that would come to redefine not just the musical parameters of the electric guitar, but the sonic possibilities of it as well. They ended up with a device that came to be called the B-Bender, which attached to the B-string of a Fender Telecaster and enabled the player, through subtle body manipulations, to bend the string up a whole tone, thus simulating the action and sound of a pedal steel. 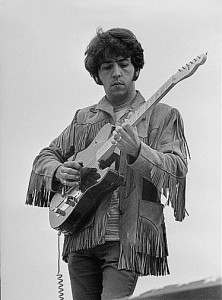 Needless to say, when coupled with the pyrotechnic technique he already possessed, this invention blew the minds of anyone with even a mild interest in bringing the signature sound of Country into the amplified world of Rock. He then joined The Byrds full time and proceeded to alter the DNA of music, inspiring a whole generation of players to set about crafting the genre we call Americana today, and which is surely one of the most popular kinds of music in the world. 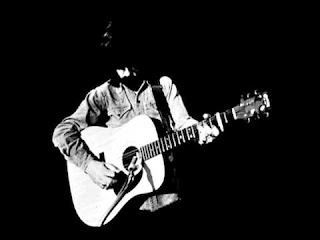 Understand: before this all happened, Country and Rock were diametrically opposed forms. The participants of each camp despised each other outright and were not shy about saying so. On one of the (OMG awesome) tapes I am sharing today, Byrds leader Roger McGuinn describes to the San Francisco audience exactly how rude famed Grand Old Opry DJ Ralph Emery was to them when they visited Nashville. So rude that they had to write a song about him... a not-very-nice song in which ol' Ralph was made head of the Ku Klux Klan, in fact. 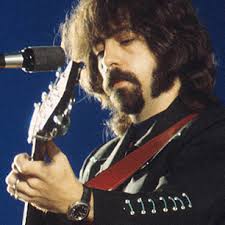 You fast-forward through the end of the 1960s and into the 1970s, and all of a sudden every Rock musician is operating under the rural Americana influence. Of course, it wasn't just The Byrds... you had their associates like Gram Parsons and Bakersfield's Gary S. Paxton coming out, and groups like The Band and their pal Bob Dylan adapting Rock to the Country vibe. But there is no one you can name that had more to do with igniting these fusion possibilities between such divergent material than today's honoree, Clarence White.

The shows and videos I will share today provide a fine glimpse into this guy's world and what he accomplished in his pitifully short time with us down here, thanks to the abovementioned idiotic drunk lady on that Los Angeles street so long ago. There's two concerts -- one is the very earliest onstage document of him in The Byrds, and oh! brother does he make his presence felt -- and a set of film clips taped for German TV's Beat Club program -- issued fraudulently on DVD by one of those huge European shady grey-area labels -- so you can see the man's fleet fingers in full flight. 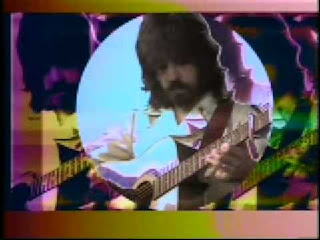 possibly the master soundboard reel of this indispensible document...
this is what archival music is all about! 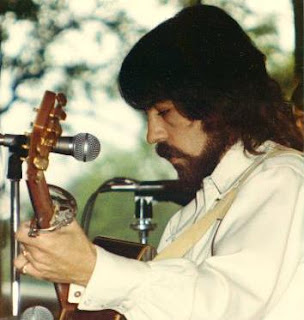 These are blazing and amazing sets in which you get to see and hear our hero step out and conjure up what would become a large part of the Country-Rock vocabulary out of the thin air. As I said, in the first one from 1968 he is turnt up and ready to rumble, whipping out the full coterie of steel licks transposed to Telecaster, where up to the moment you hear him doing it, such a thing hadn't yet existed. All of what I have shared here is an essential insight into what makes this extraordinary player and inventor who he was and is, and I encourage you to pull it down and celebrate the living legacy of Clarence White -- born this day in 1944 and whose contributions to the music of our lifetimes are unquantifiably large.--J. 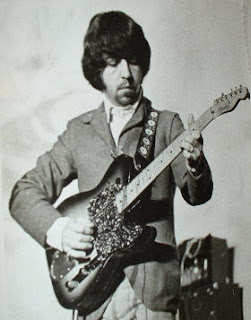