Hello again! I am returning from a three-week break from this page to post a tribute to a true pioneer who passed away this past weekend after a long life making Art. 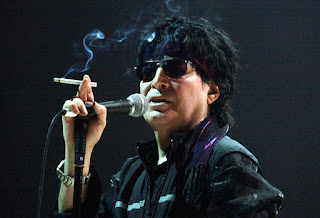 The man in the picture is thought to have been the first to use the term Punk Rock in print to describe his music, way back in 1970. The group he formed that year paved the way for a whole host of synth-and-vocalist duos that would follow, some of them miles if not galaxies from the output of that groundbreaking collaboration. 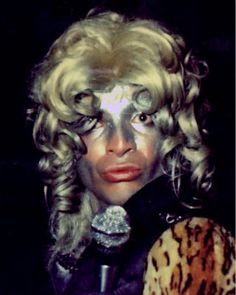 The track in the video at the top of this page is considered one of the greatest recordings in the history of modern music, and no less than Bruce Springsteen claims it as his favorite of all time. The Boss loved this guy and covered one of the aforementioned duo's songs on one of his recent records, merely 36 years after the track first hit. He's not the only one to revere these guys, or today's late honoree.

Sadly, he left us early Saturday morning from undisclosed causes, but not before he permanently broadened the palette of what was considered acceptable in Rock. He lived to be 78 -- a long life for someone who began committing Suicide in 1970. 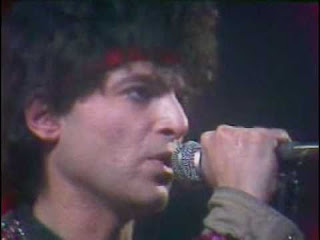 Simply put, Suicide -- the band Alan Vega formed with electronicist Martin Rev in 1970 -- is one of the most influential groups in history, providing the inspiration for countless iterations of both the "electronics-and-vocalist" phenomenon and for the subject matter he sang about, much of which made Lou Reed sound like a kid visiting NYC for the first time from suburban Long Island. 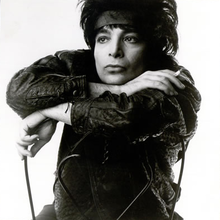 There's no way to describe in words what Suicide did or how they sounded. You just have to drop the needle on that first record, though, to understand you're not in Kansas anymore... the state or the contemporaneous Stadium Rock band. Bands that came later, from Soft Cell to Everything But the Girl to Yazoo, owe these guys a debt not for the content of what they subsequently did, but for the idea that these cats made the crazy duo format permissible and viable. 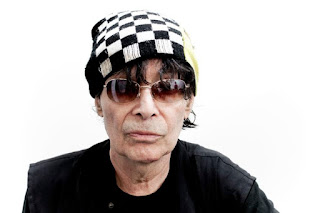 Alan Vega went on to a distinguished solo career after Suicide broke up in 1980, crafting a strange rockabilly sound that gradually moved further and further from the 1977-incident-at-CBGB's-after-4am, seedier material they were famous for and into what could be termed a more traditional sort of thing. He periodically would reunite with Martin Rev, and the duo were scheduled to play festivals this summer as Suicide once again. 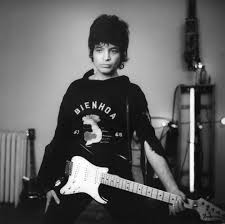 I remember hearing Suicide in high school and my sorry, prattily Proggy ass couldn't understand what he was saying and why, or why anyone would subject themselves to this noise and so forth. Thirty-five plus years and 180 degrees later, it's impossible to gloss over their influence and Alan Vega's influence in general over so much of the music that has followed since. 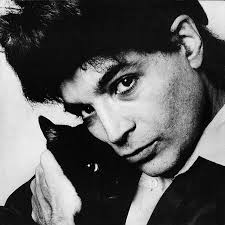 To honor Alan Vega and his decades of commitment to Art and his own, unique vision of music, today I will post the Holy Grail of Suicide shows, sourced from a cassette of the mixer feed that the sound guy that Saturday night at CBGB dubbed 37 years ago. If you're wondering what this band was all about, this is as potent a document as you'll find and dare I say far superior in sound quality and performance from any officially released live material I've ever heard from them. 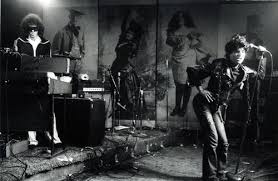 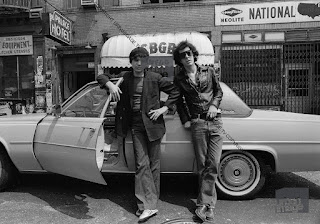 It sounds like there are perhaps 6 people in the audience by the end of this (highly confrontational and apocalyptic) performance, which adds to the Punk-for-Punk's-sake drive and aesthetic of it all if you ask me. Anyway, pull it down and annoy your co-workers and spouse with this dip in the cesspool of late-1970s downtown-NYC mayhem, and take a moment as you steep in the neutralizing juices of your cubicle to consider the life of Alan Vega, who never had a day job but who painted, sang, screeched, screamed and muttered his way through a whole 45 year career at the bleeding edge of Art -- one that will be recalled long after everyone we know is dead -- instead.--J. 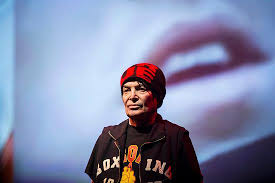