Having posted all of once in July, I believe it's time for me to go funk myself. Get off my ass and jam. 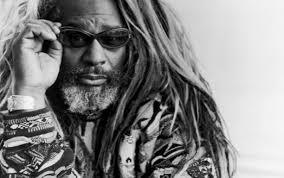 There is some discrepancy as to whether the big day was yesterday or is today, but most references cite today as his b'day so I am going with that. 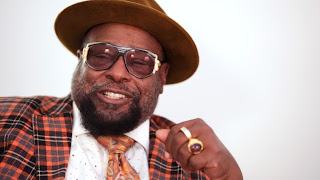 Today's honoree had his first hit -- both kinds -- almost 50 years ago. Then things began to get interesting. 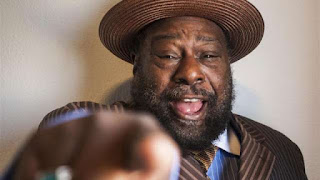 He's engendered a ton of hate and bewilderment in the music business since then, mostly from people who've never tried to get an entourage of 75 dazed people in diapers and outer spacewear onto a bus at 9 o'clock in the morning. 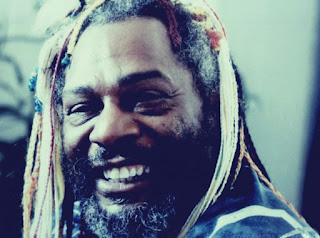 Despite his various detractors, to catalog the cultural and musical innovations for which he is responsible as a central organizing figure would take twenty pages of this blog.

To encapsulate it all, you might say he took what James Brown began in the Sixties, then took a whole ashramful of psychedelics, and then filtered the combination of those two elements through the music in which he was grounded: doo-wop and the vocal group. 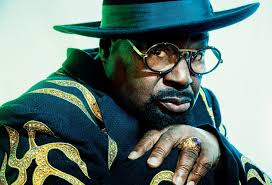 This collision of decades -- an equation of Fifties + Sixties = Seventies, if you will -- brought melodic heft and songwriting chops into Funk and gave birth to nearly the whole of modern dance music as we know it. 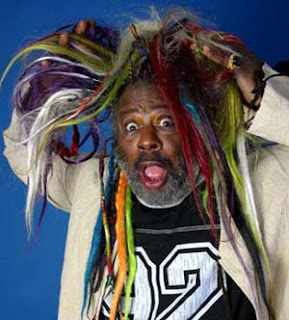 The foundational, irreplaceable group he founded is the most sampled in the history of all hip-hop, not just in terms of stolen or lifted snippets of their music -- they are the champions of that too -- but in terms of the attitude with which they came, and which infuses so much of modern music and culture in ways few other artists can even dare to claim. 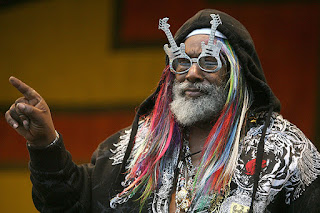 There's been a lot of trouble and burned bridges along the way. But down the line, after we are all gone from this world, that really won't matter. Today's birthday boy -- reaching the milestone 75 today -- started and refined something that will last forever and a half, and in a thousand years no one will remember how he lost the copyrights on it all... only the music will remain. 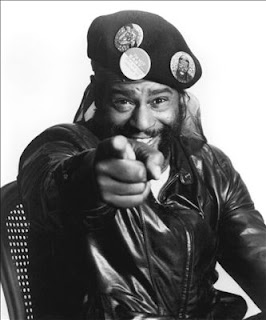 The music of Parliament/Funkadelic -- and the interplanetarily transformative state of mind it represents -- is as eternally gritty as the ring around your bathtub and as squintingly salty as the hamhock in your cornflakes. It's revolved for 50 years of utter, unprecedented mayhem around George Clinton, born this day in 1941 and somehow still alive after a lifetime of substance abuse that makes Dr. Hunter S. Thompson look like Harry Anslinger. 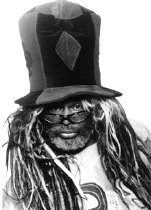 So today we will set aside all the interper$onal drama$, pull out the Bop Gun and the Flashlight and get down to funky business. For the last two days I have been pinned to the desk with the headphones on, restoring a slice of prime and primal "P" to help celebrate GC's three quarters of a century, and I think I have arrived at something to wiggle your weekend and ensure that your Mothership comes in right on time. 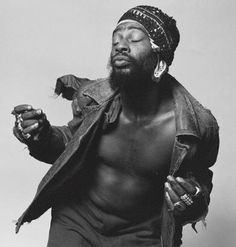 My personal favorite P-Funk record is probably 1978's funkadelaquatic concept opus The Motor Booty Affair, and my favorite tour of lore is the Fall 1978 "Anti-Tour" in which George left all the wigs and full-size, flying spaceships in the warehouse and took the band out on a stripped-down march through 32 cities where the music took center-stage and focus in venues somewhat smaller than the usual airplane hangar. 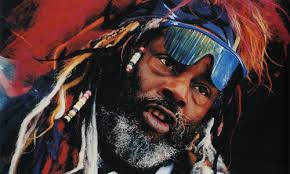 The two-night engagement at Washington DC's Howard Theater that began November of 1978 is a particularly legendary stop along the way, having circulated in a tape dubbed from the mixing desk for many years. 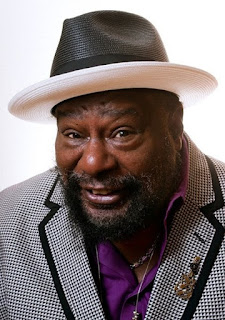 This tape -- while as potent a P-Funk bootleg as there will ever be -- suffered from a zillion issues, from massive digital clipping in the first half hour to repeating sections to dropouts and skips that happened as a result of a faulty transfer. I fixed all of these issues, manually repairing 150+ clips in just the second track alone and pulling off a really difficult repair in Red Hot Mama that I seriously doubt George himself'd be able to spot. 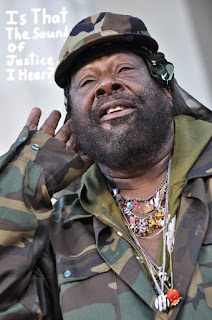 All in all I think I did this colossus of a tape some justice, even including some bonus cuts -- which I remastered as well -- from the second night at the Howard that came out over 20 years ago on a long out-of-print live compilation. Among these you will find arguably the single greatest version of Maggot Brain ever to pour from the pickups of one Kidd Funkadelic, Mr. Michael Hampton. 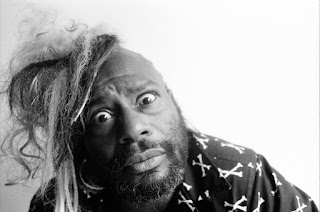 I also took the liberty of including the classic boot CD Afrolicious & the Electric Pussy, another blazing set recorded for Dutch radio with the expanded band a month later in Amsterdam. 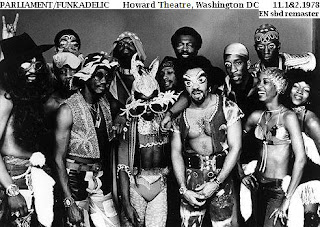 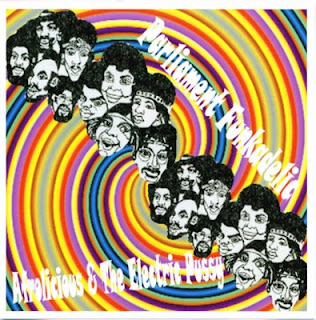 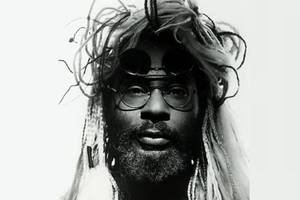 .This is 3 hours and 17 minutes of Absolute "P," uncut and slicing through your Friday faze with a drone strike of The Bomb. Pull it down and crank it up -- I'll be back tomorrow with another birthday blast -- and fly your funky mind on into the weekend with George Clinton, 75 today and still landing, often in a life-size UFO, on The One.--J. 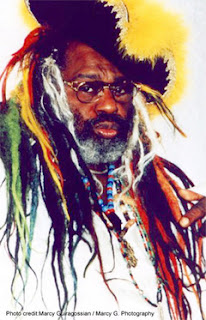