I return on the sunny Sunday side of the street with a birthday homage to one of the all-time plush vocalists. 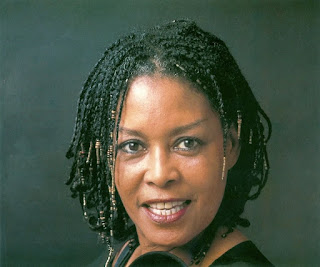 I posted a seminal video of her and her equally-as-legendary husband a few Januarys ago, but today is her day so I am going to revisit their extraordinary partnership. 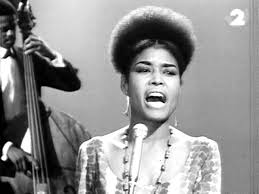 Beginning in the mid 1950s and proceeding through a nearly 60-year career as not just one of the era's pre-eminent singers, but as a respected activist and actress as well, she left us in 2010 as one of the most singular and identifiable songstresses we'll ever see. 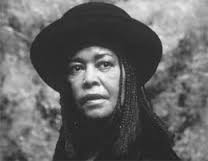 I have loved her since I was 11 years old, when we had "record recess" once a week in the listening library at elementary school -- a glass-walled room full of turntable stations with headphones -- and I selected the Civil-Rights-themed We Insist! record she made with her aforementioned partner in 1960. 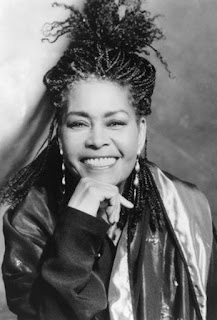 Yes, I was a shit-stirrer even before puberty... I think the week before I discovered her, my choice was the then-current Animals by Pink Floyd, ripped from tomorrow's headlines and inspiring Trumpen Proletariat idiots to walk out of Roger Waters' current tour dates ("He's too political!!! Waaaaaaaahhhhhh!!!!!!") even now. 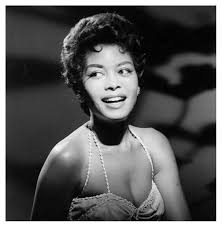 But back to the task at hand, and what would have been the 87th birthday of Abbey Lincoln. Nobody was more "political" in the stormy, seething Sixties than she and her then-husband, himself merely one of the most revered drummers in human history. Their passel of records from that decade stands the test of time as some of the most potent cries for Freedom emitted in those insistent times. 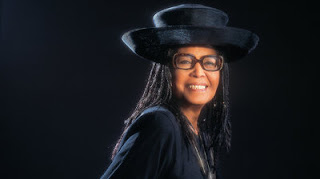 I go on and on til the break of dawn on this page about instrumentalists and vocalists where you know who it is by one note or phrase, and that categorization fits no one better than this lady. There could be no mistaking who was singing when Abbey Lincoln opened her mouth. Seven years after her departure, there still isn't. 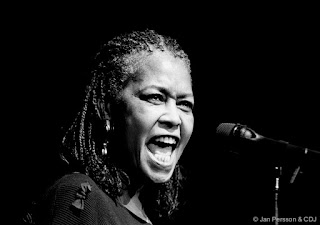 Equal parts Soul and Swing, with a side of righteous sass in her delivery that almost demanded you open your ears and let Justice come in, there will never be another Abbey. No vocalist ever made the plea for equality sound more effortless, normal or natural. 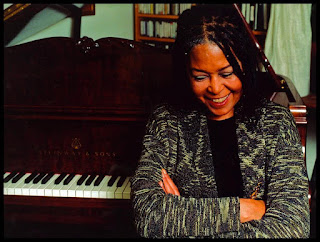 To commemorate the occasion of her 87th, I have popped cloudward an absolutely stunning concert of her and her partner Max Roach that dates from Paris 50 years ago. I worked a little on the audio, which is from a France Musique rebroadcast from last year, to make it sound as optimal as the material deserves. 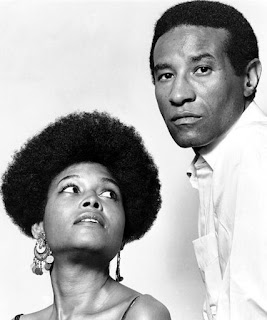 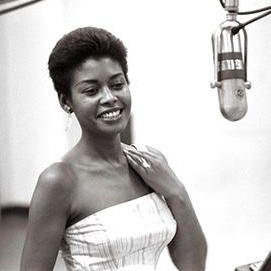 Indeed I dusted off this hourlong gem of a concert and spruced up the highs a bit, which sounded lacking to me, using Sound Forge 9's Graphics Dynamics tool. That was all, other than moving the full radio announcement to the start of Track 06 and titling/tagging up the files like I always do, so you iTunes folks can be stress-free. 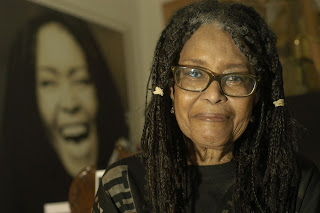 It starts off with just the band, with a wailingly wicked drum solo from Max and a shredding tenor visit from saxmaster Johnny Griffin slotting into the first tune. Then Ms. Lincoln hits the stage and the fever is ramped up to just south of sweltering from there. Anyway you slice it, this show is as good as it gets... pull it down and never forget the thoroughly unforgettable Abbey Lincoln, born this day in 1930 and in no danger of being lost in the shuffle.--J.