Rake On Through to the Other Side: Eugene Chadbourne 65 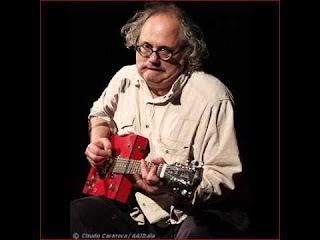 We'll begin the year with a milestone birthday of one of the true originals, and also with the first post I've ever done where I consulted with the person I'm posting on before doing it. 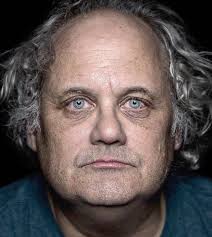 He's not just your run-of-the-mill stringed instrument guy. He's an industry unto himself, an inventor who scrambles the DNA of existing instruments at will, and a provocateur who makes instruments out of what seem -- like his most notorious one, The Electric Rake -- at the surface to be non-musical materials. 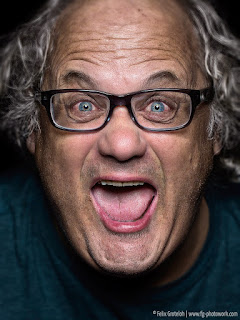 But he's much more than that. What he conceals perhaps most effectively amidst the crazy mayhem is that he's one of the most comprehensive repositories of American song currently alive. 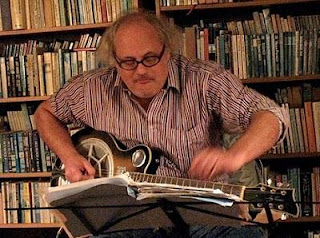 Almost a human jukebox, really. And always able to mine a song for its more twisted insights and hidden flavors. 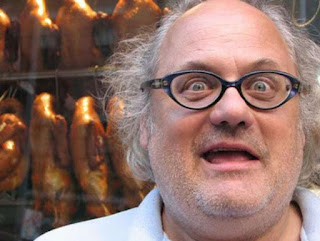 I met him many years ago in San Francisco before a show at The Bottom of the Hill, after having heard his music all throughout my adolescence and college years, most principally through his group Shockabilly and his guest shots with Camper Van Beethoven. 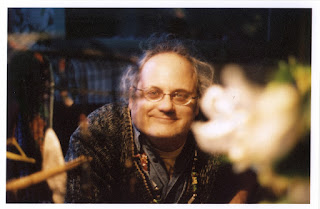 It was only in the time after college that I found out about improvising, non-idiomatic players and musics, and began to understand the line from free improvisation into what he does. Which is almost like the midpoint between Derek Bailey and Hank Williams, if they did a hit or three of LSD-25 at Phil Ochs' house. 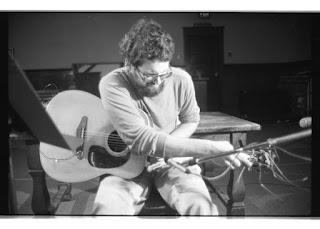 He's self-released more music than anyone I can think of, on homemade cassettes and CDRs that feature his own, inimitably labyrinthine drawings and words. Someday he's gonna turn me loose in his archive at Paisley Park -- no wait, I mean Greensboro -- and let me organize and remaster it all. 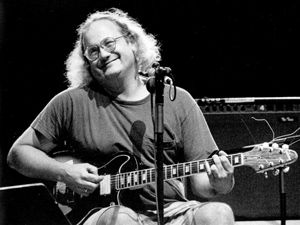 And over the course of over 40 years doing it, he's essentially managed to create his own genre, with limitless possibilities: what he has called LSDC&W. 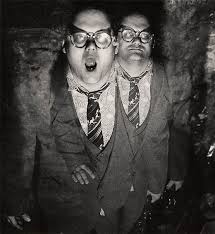 His songs feature a healthy dose of anti-authoritarian sentiment all day, but with an astral bent far beyond just "fuck the police". 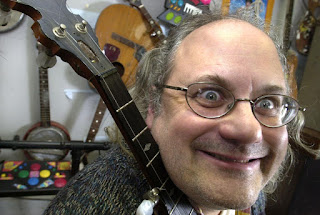 I dunno that Gram Parsons had American Music this Cosmic in mind when he coined the term, but then again if Gram had snorted less grams and dosed more micrograms, he might still be with us today. 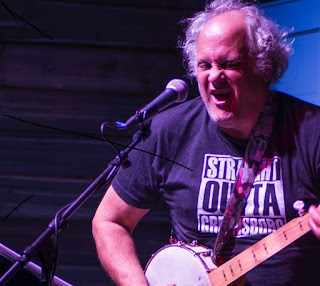 Which brings us to the 65th birthday of Dr. Eugene Chadbourne,  born this day in 1954 and hopefully living to be 130. When I told him that, he said he'd be bummed if, at that age, he'd still have to carry his own instrument cases. 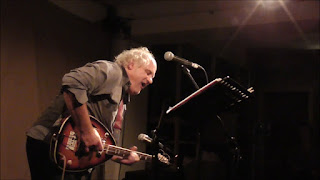 To which I replied not to worry, because they give you a valet for that at age 100 and I have faith in him getting there. 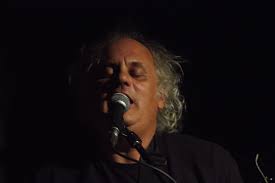 01 Our Neighborhood
02 What Is Truth?
03 Theme from "Alfred Hitchcock Presents"
04 Bernadette Gnossiennes
05 The Law Is for the Protection of the People
06 The Shephard
07 Jammin' with Gene/"Alfred Hitchcock Presents" reprise
08 Cocaine for Children
09 Donovan Deutsch
10 Once More with Feeling
11 "Godfather" Waltz
12 What Is Cocaine?
13 Bitches' Brew
14 Another Day Gone Lawman Wrong
15 Tomorrow
16 Bessie Smith's Godfather
17 Your Song Ruby Flintsones
18 Jammin' with Gene (reprise)
19 The High Safeway
20 "Godfather" Waltz (reprise)
21 Chinese Soup

a Doc Chad self-released cassette from 1989, on his House of Chadula label, of an indeterminate FM capture; never issued on CD
tracks split -- with tape flip reassembled -- by EN, Jan. 2019
547 MB FLAC here 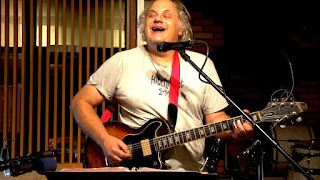 Today's taste comes from one of Gene's self-made cassettes, of a ridonkulous performance that illustrates better than ten million episodes of Behind the Music what sort of nonsense goes on in "the industry". 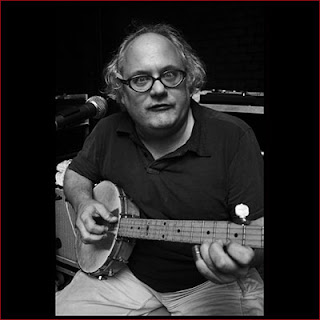 We don't think this has ever been digitally issued, so I took the cassette rip that someone posted on another blog some time ago and rejoined the tape flip whilst also splitting up the tracks. 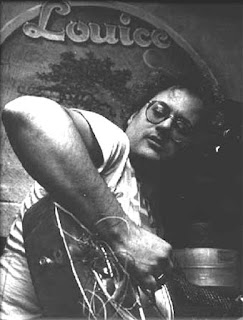 Of course you are encouraged, if not outright demanded, to click on over to Doc Chad's segment of the excellent Squidco website, where his decades of output are available for purchase.

I will be back all through January -- and hopefully all through 2019 if the Anunnaki don't return to finish what they started -- but today you need to have a close encounter with Dr. Chadbourne, and celebrate a no-commercial-fucks-given, completely original artist such as he!--J. 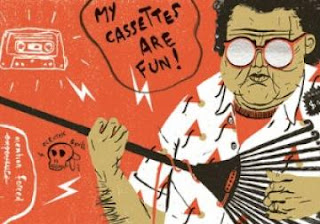