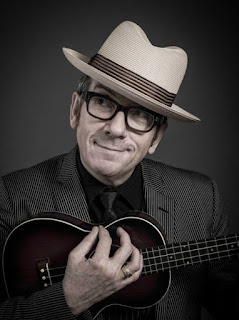 We are back, with our crippled back, with more milestone marvelousness. 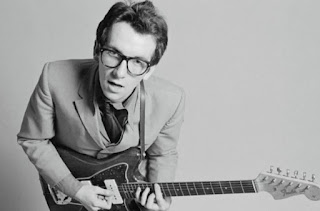 Had I known before 15 minutes ago that it was the 70th birthday of Mali's albino supervocalist Salif Keita, I might have opted that way, but I didn't know so we'll get to Salif another time. 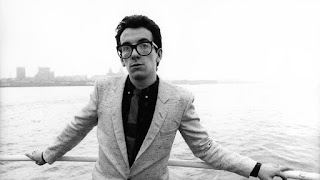 Today we'll cover someone whose 60th birthday I did 5 years ago, and lo and behold is 65 today. 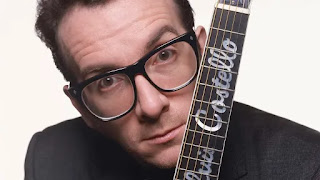 There's precious few songwriters you could name, in this era of the last 50 years of musical explosion, whose output is as consistently excellent and varied -- over such a long period of activity -- as today's guy. 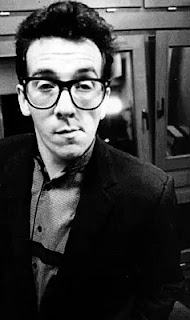 He arrived like a 16-ton weight out of Monty Python, falling on a music world transfixed by Punk. 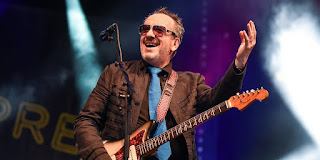 Anointed instantaneously as the new big thing, he may have been the first artist to take the Punk attitude and three-chord energy and infuse it with actual tunes and topics that would last beyond 1977. 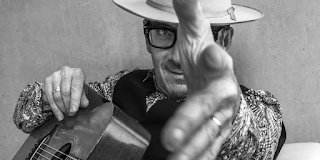 This became a trend soon after and has continued to this day, but he kind of started it, in terms of shaping the rawness into something beyond the mere expression of the formless, atavistic rage associated with British Punk. 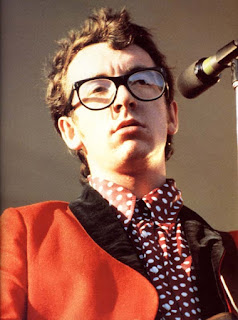 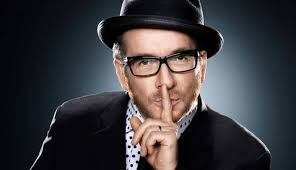 He just continues, to now and this era, as if he's ageless. Still making interesting records, still packing huge venues, still a relevant artist as he reaches the retirement age at which most of us wind down.

Full disclosure: when I was a teen and he came out, I hated him. Hated his music. Hated his sneering, arrogant look. Hated the cheesy Farfisa organ in the music. Hate, hate, hate. 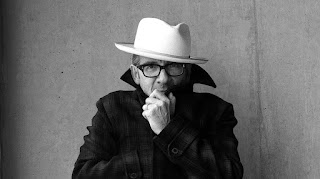 But you get older, and tastes evolve. I can't pinpoint the moment it changed for me, but gradually over the period of several years, he became one of my favorites. 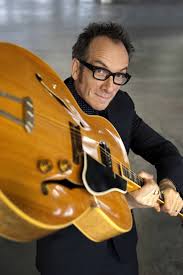 There are LPs of his -- 1981's Country detour Almost Blue comes to mind -- that rank among my all-time preferred platters. Go figure. 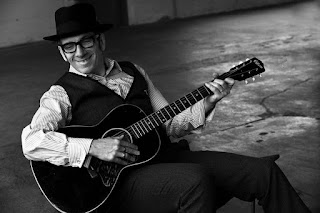 So Declan Patrick MacManus is 65 today. That was another thing I didn't like at age 15! Who changes their name to Elvis? It seemed like a puerile attention play to my teenaged self. 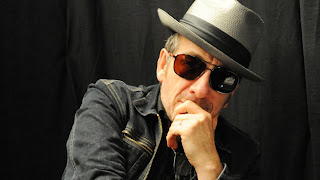 I didn't understand then that the Costello surname was a piss-taking reference to classic buffoon comedian Lou Costello, of Abbott & Costello fame. I do now... things evolve, unless you're dead. And even then, who knows? 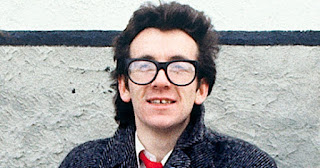 Anyway enough mindless chatter from me... it's all just a paltry excuse to share the rare at the end of the day, isn't it? 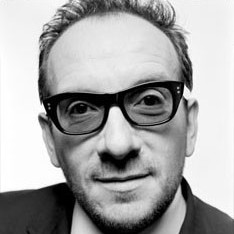 Here comes one of the classic Elvis Costello bootlegs, sourced from BBC pre-FM vinyl and capturing him at the high watermark of his acclaimed Blood & Chocolate period in 1986. 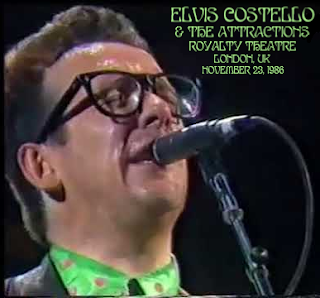 01 Accidents Will Happen
02 The Beat
03 Tokyo Storm Warning
04 Watching the Detectives
05 Battered Old Bird
06 Honey, Are You Straight Or Are You Blind?
07 Temptation
08 New Lace Sleeves
09 Blue Chair
10 Jack of All Parades
11 Uncomplicated
12 Lipstick Vogue
13 Beyond Belief
14 Clubland
15 I Want You
16 I Hope You're Happy Now
17 Home Is Anywhere You Hang Your Head
18 Lovable
19 Leave My Kitten Alone
20 Oliver's Army
21 (What's So Funny 'Bout) Peace, Love and Understanding?
22 I Can't Stand Up for Falling Down
23 Pump It Up
24 Poor Napoleon

BBC transcription LPs, sourced from the 1992 bootleg CD "This Is Tomorrow" on the Big Music label,
rearranged to correct the running order of the show and slightly retracked & cleaned
687 MB FLAC here 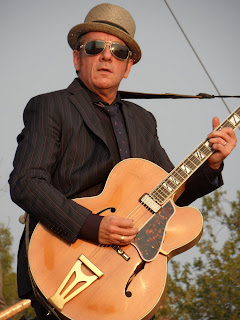 I'll be right on back tomorrow with yet more iconoclasm, courtesy of another hero of the firmament who left us a few moons ago but will not be forgotten if I have anything to say about it. 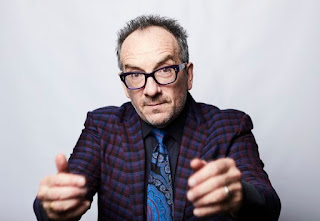 Today, however, is for Elvis Costello -- born this day in 1954 -- and you'd be smart to pop this great two-hour extravaganza of a show and pump it up.--J. 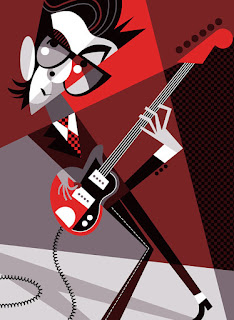