Christmas Card from a Hooker In Minneapolis

This is my personal favorite installment of Austin City Limits, a marvelous television program that has showcased all kinds of music since its 1975 debut. The episode we have here happens to have been recorded 35 years ago today and if you ask me, it's as good as music-on-TV gets. The theatrical elements are so integral to the incantatory nature of the performance that you could make a convincing argument that this hour is as good as any kind of TV gets. But let's not argue; we get enough of that in our daily grind of life as it is lived. Let's sit back and feast our eyes and ears and hearts on this show and appreciate the singular brand of artistry which it represents. 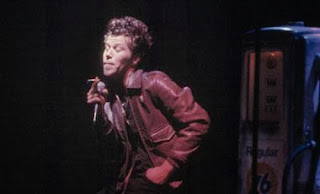 This was a major departure for ACL at the time, as it was the first installment of the show up to that point that didn't focus on country music exclusively. Give the producers credit for taking the risk... three-and-a-half decades later it's still on the air, so they must have been doing something right! Still are, in fact. I rarely watch television -- preferring as I do not to fill my days with mindlessly puerile propaganda that encourages us at every level to accept the lies and slavery it insists we regard as truth and freedom -- but Austin City Limits is a show that I watch nearly all the time, and have my entire adult lifetime, really. I can think of several episodes which rank among my all-time favorite musical performances; the Leonard Cohen ACL from Halloween of 1988 is another epic one that comes to mind. This here is absolutely, 101% one of them. 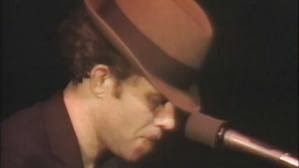 What's so striking is that you begin to realize, as TW moves from song to song and mood to mood, that what you're watching isn't just a musical recitation... although that aspect is perfectly satisfying in its own right. You get the sense that you are watching a theatrical performance and that its creator is equally as much an actor as a musician. There are moments in this hour that, for me, are among the finest and most emotionally complex and nuanced of any combination of music and theater I've ever personally witnessed. 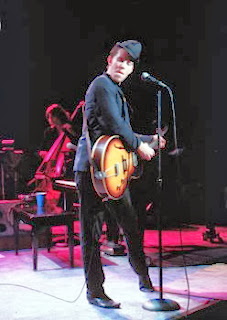 It isn't just someone singing some songs in whatever clothes they happened to wake up in that day. It's a finely tuned expression that's every bit as much about visual style and substance and character development as it is about songwriting... and the songwriting on display is pretty darn impeccable in its own right, you can be assured of that. 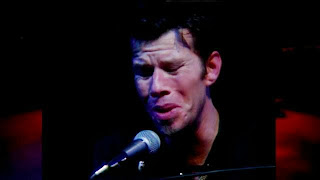 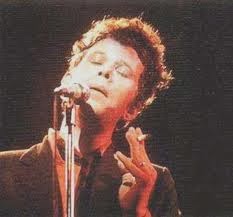 According to the ACL website, this is one of their most requested episodes for rebroadcast, and it isn't hard to see why. Take a little trip back to the holiday season of 1978 for an hour's time to avail yourself of this unbelievable performance, and I am sure you'll heartily agree. --J.
Posted by Emmpaurer Nowbodhi at 5:05 AM No comments: