Sadness or euphoria? Why not both?

Here comes another anniversary special!!! It's interesting to have so much archival, unreleased music that if I wanted to, I could pull out a different, vintage concert for each and every day of the year... I guess at some point it came down to a choice between music and heroin, and I had the marginal sense to choose the former. Anyway I remember listening to this concert on WNEW-FM when it happened... I was all of 11 years old!!!! My how time flies. This show took place not that far from where I grew up on Lawn Guyland, east of New York City. Thirty-six years later and it's still one of the best-sounding "bootlegs" of all time -- in fact it's essentially indistinguishable from a real live record in all the important ways: incredible sound, fantastic live mix by the person at the desk, wild performance in front of an utterly boisterous hometown crowd. Even Bill's jokes and impressions are on top form, including a spot-on Paul Simon spoof. All this, plus the soundcheck! In case you were ever curious about what the Nassau Coliseum sounded like empty, when there were no other rock stars (or New York Islanders hockey folk) around. 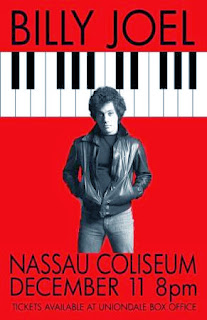 This is Billy Joel at the absolute apex of his initial mega-fame, fresh off the breakthrough of "The Stranger" (which was the big record at the end of 1977, with the single "Just the Way You Are" -- since then, the theme song for approximately ten million weddings -- burning up the charts like a butane torch). The album and the single went to #2 and #3 respectively -- his first (of many) top tens of any kind -- and firmly ensconced their creator in the firmament of music superstars. 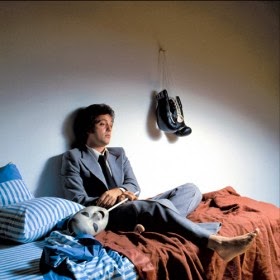 I'll be honest... I'm a tad ashamed to admit it but I really dug this guy's records until he married the supermodel lady from National Lampoon's Vacation. After that, yikes to the power of ohnopleaseno... talk about a nosedive in career trajectory. I remember standing in line to see a movie -- it might have been Raiders of the Lost Ark but I really don't remember exactly -- at the Syosset UA 150 theater when I was about 15 or so and he and Christie Brinkley were waiting in line as well, with all the New Yorkers falling all over themselves trying to act like they weren't noticing them there. My most distinct impression at the time was that she was at least 3 heads taller than her husband. One of the funny things we used to do in high school was to retitle his previous songs declaring his eternal love for his first wife Elizabeth to be revised in favor of his new wife -- i.e. "You Used to Be My Home," "Just the Way You Aren't" and "She's Always a Woman, Until I Make Some Money and Marry Someone Hotter". We were cruel little bastards, weren't we? 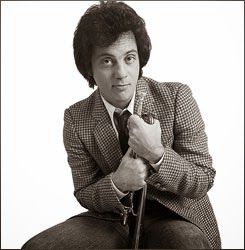 Back then a favorite teenage hangout spot was the external grounds of his big glass house in Cold Spring Harbor... the one on the cover of that record, you know the one. Many of my first beers were consumed on that patch of grass, which was directly north of where we grew up, in the most aptly-named suburb in the history of white flight: Plainview, NY. Please try to control your undoubtedly intense (and thoroughly justified) feelings of savage, primal jealousy about where I spent the early 1980s. I'll still be here after the next picture, when you've calmed down a little. So don't let your (admittedly well-founded) biases against "Uptown Girl" and "We Didn't Start the Fire" deter you from this excellent holiday season set. Particularly notable is the performance of sax guy Richie Cannata -- it's 1977, so forgive me if I detect that there may have been a few "snow flurries" in the dressing room before the show -- who frenetically blows his brains out with maximum enthusiasm on various reeds, including a very tasty soprano sequence at the outset of the "Italian Restaurant" song about the not-so-steady Brenda and Eddie. Guitar maestro Steve Khan, who played on "The Stranger" LP, joins in on one of the encores as well. 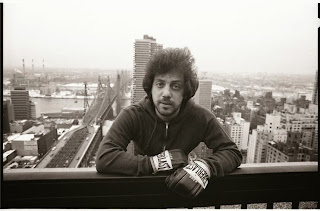 CD1
01 Soundcheck/Introduction
02 The Mexican Connection
03 The Stranger
04 Somewhere Along the Line
05 Summer, Highland Falls
06 Piano Man
07 Scenes from an Italian Restaurant
08 Travelin' Prayer
09 Movin' Out (Anthony's Song)
10 Still Crazy After All These Years
11 Just the Way You Are
12 Prelude/Angry Young Man
13 New York State of Mind 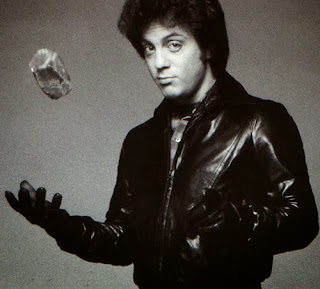 I'm gonna start getting away from this type of Classic Rock stuff on this page as time progresses here... the posts will get more esoteric, but for now it's good fun to hop in the time machine 36 years back to the winter of 1977/78, when I was but a pre-pubescent 11-year-old lad, huddled in his room on a chilly December evening in Queens Village, NY (we didn't move to LI until April of 1978), with a transistor radio tuned to WNEW. Enjoy this one -- it wasn't taped off the air, but transferred from the original station reels that they played on the air, so it sounds as awesome as it's possible for these decades-old things to sound -- and I'll be back in a couple of days with a special treat in honor of one of my biggest inspirations (musical or otherwise) ever :)