Hob Is Love: Oum Kalsoum in the Seventies

It's the last day of 2013 (thankfully), so let's celebrate someone who was born on the last day of, I dunno... how about 1898? No one (not even the usually-omniscient Egyptian Ministry of Information) is entirely certain exactly what day she was born and there is even conflicting information as to the year (some think it was 1904). There doesn't even seem to be one agreed-upon way to spell her name in English; sometimes you see it as Oum Kalsoum, and sometimes it's Umm Kulthum. But whatever the details, let's call her the Birthday Girl of December 31, 1898 for the purposes of this (thoroughly awesome) collection of a couple of her electrifying concerts from towards the end of her life, dating from the early 1970s and featuring backing bands that are laying down what might be termed Funk Going Down the Nile. 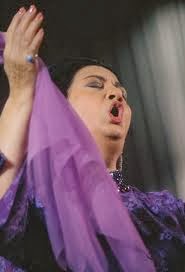 This stuff is so badass. The music is so ecstatic and unique, with the woman who is considered by many the greatest female Arabic singer ever to live embroidering her one-of-a-kind, microtonal stylings over the phattest orchestra this side of the Giza Plateau. It's not funk in the traditional acid-jazz or American soul or hip-hop kind of way... but it's still the P and there's no faking it. This is utterly hypnotic, headshaking stuff here, with songs that sometimes go on for an hour. And you thought "Close to the Edge" by Yes went on for a while... this band makes Prog Rock seem brief by comparison. What amazes is that the songs are so long, but you get so wrapped up in what she and the band are doing that it goes by in what seems like the time it takes for your average three-minute single to play. This is music that distorts the (always-tenuous) temporal plane and takes you on a journey to places you'd never imagine you'd go. And in no way do you have to speak the language to take the ride. If back during her lifetime Billie Holiday had ever played in Egypt, the audience there -- most not speaking English -- would have gone home having understood exactly what the songs were about... Oum Kalsoum is the mirror equivalent, going from Cairo to Cleveland, of that scenario. The Beatles went to Japan and had the kids going bonkers singing along to every song at their shows, even though the vast preponderance of them spoke no Liverpudlian whatsoever. This lady is on that level. She's that transcendent. It's not an exaggeration. I mean it.

What continues to get to me since I discovered this music two decades ago is not just the singing but the accompaniment, which bumps in ridiculously orchestral ways. The whole thing taken together almost sounds like the Arabesque equivalent of Soul music in these parts, in that it's got this religious, gospel-esque aspect, yet the songs are all about romantic love... in the US we sometimes describe it as the music of Sunday morning with the subject matter of Saturday night. This is analogous to that: something like the muezzin's call to prayer in the world of Islam, except the prayers are odes to love remembered and sometimes, love lost. What can I say? Devotion is devotion and these folks are feeling it in every note and every phrase. And you can tell by how nuts the crowd goes when she is doing her thing that they know they are in the presence of an icon of epic proportions. 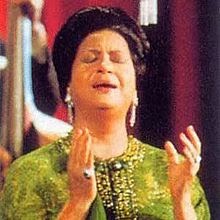 When they react, you know she is not disappointing them in the slightest. Look out for the audience calling out for the ensemble and The Lady to repeat passages, which they obligingly do... with the vocal weaving a mindmelting improvisational variation on how she sang it 21 seconds or minutes ago. Almost like calling out for requests at a rock show, but instead of the Bud (or bud) fueled "Freebird!" the crowd know when to shout out what part of the song they want next. And unlike when people yell for Lynyrd Skynyrd at everyone from Tears for Fears to Tull in the States, the people at these shows get into this ebb and flow sort of dance with the performers, instinctively finding the appropriate lull at the end of one segment to get their desired feedback instantly at the start of another... the passages come cascading and recascading in an Escher waterfall  -- with the nuanced and perfect variations only the Masters can muster. Repetition as a form of Change, to paraquote the Oblique Strategy card. And all this, over the course of a set that is all one song -- modularly and molecularizingly metastasized in the moment -- into a whole set of its own. 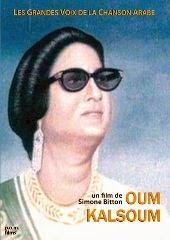 If you've never heard/heard of her, these concerts are a good place to start; they sound the most modern, both in terms of the sound quality and the musical backing. She passed soon after these records were made... they date from 1970-72 and she died in 1975. Clearly, she was in fine voice all the way home, and as I earlier implied many people consider her the top of the tree when it comes not just to female Arabic singers or even Arabic singers, but singers of any kind. I'm not inclined to disagree and these discs illustrate in an indelible and undeniable way exactly why that is. 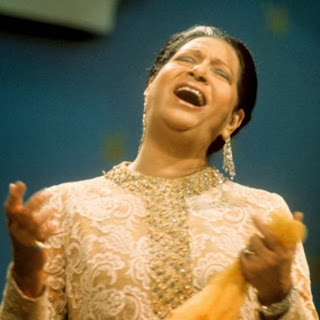 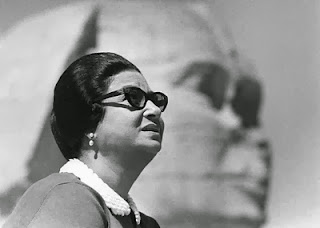 Please enjoy this beautiful music as you ring out the old and bring in the new these next 24 hours, and on into 2014. I wish everyone the best possible New Year and I shall return in the first week of January with yet more sonorous and seductive soundings. If you need someone to blame, just tell 'em it's Nowbodhi's vault but mine ;-)~J.
Posted by Emmpaurer Nowbodhi at 4:49 AM 2 comments: