We ended the old year with one of the greatest female singers of all time, so for continuity's sake let's begin the new year with another. There's only so much I could write about today's birthday honoree... she's been gone now for almost 36 years and she only lived to be 31. But some people get it done in a short time and then they're taken away... not, however, before they leave a lasting legacy people will be talking about for all eternity. 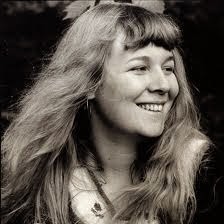 It's astounding that a lot of people still don't know who she was, but I guess they'll figure it out eventually. Maybe this post will help. You'd think she'd be more widely appreciated in the US especially, having had the distinction of being the only guest vocalist ever invited to sing on a Led Zeppelin record, but sadly she remains largely an enigma on this side of the pond. Not so in her native UK, where she is considered and celebrated as an icon for the ages. 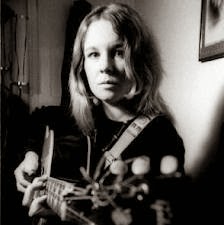 No one sings like this... no one. She was, is and will always be completely one-of-a-kind. What is maybe most beguiling is her ability, as only the greats can do, to take words that on their surface are completely obscure and indecipherable and wring so much latent meaning and emotion from them that you find yourself openly weeping to songs where you have literally no concrete idea what or who she is talking about. That is a rare ability and only the Dylans and the Neil Youngs and those of that starry ilk possess it, and Sandy here is its indisputable Queen. This is not light, meaningless, peripheral music. Sandy didn't do fluffy; it was not in her lexicon. 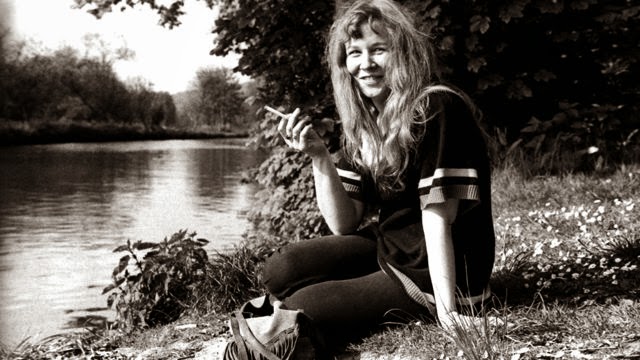 Honestly this is some of my favorite music by anyone, ever, precisely because she is not playing around. Integral to the woman's legend was her continuous restless unhappiness and dissatisfaction with life. Anyone who knew her whom I've ever heard speak about her says that she was great fun -- truly one of the boys in a popular music firmament not always accommodating to women -- but also that she was burdened by an implacable sense of melancholy that no one ever found a way to break through. You hear these tracks and, well, I'm warning you... it's not that Sandy's music is depressing, exactly. It's that it reflects her inner world in such a developed, accurate and honest manner that I suppose not everyone can hang. Some people come to music for less serious fare and I get that... but rest assured there has never been (and may never again be) a songwriter and vocalist that could pull these kind of heartstrings in quite these kinds of ways. If you're looking for those eternally upbeat, jauntily optimistic tunes about the great times in life when you've got the world on the end of your string, I'm afraid you've come to the wrong place. 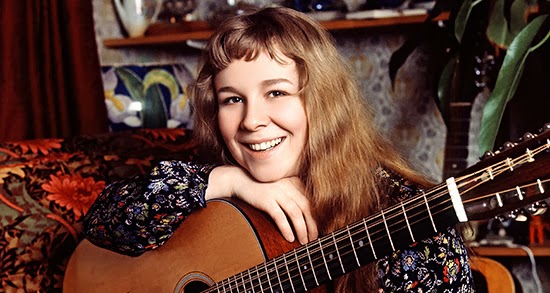 There's a famous concert done for the BBC in the early seventies where she takes the stage and proclaims for starters that she "doesn't know any boogie-woogie," and that those assembled will have to make do with her stuff for a while... she jokes it will calm them all down so when they go back outside, they won't turn over any cars! She then proceeds to mesmerize the audience as only she could, leaving grown men close to tears, so much so that at the end of her set they go completely hogwild like an erupting football crowd in their enthusiastic reaction. In today's music paradigm -- where it's all flashing lights, gigando video screens, elaborate stage sets and superficial songs about b*tches and bling, in a concert experience that can and which people expect to induce epilepsy at twenty paces -- there just isn't anyone like this. 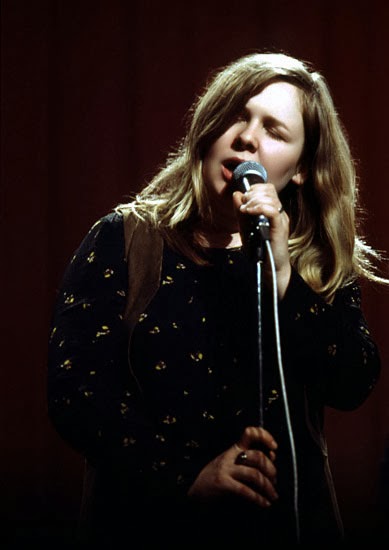 I threw this post together quickly because somehow it escaped my mind that she would have been 67 years old today. It contains a compilation CD I made for a trip to NYC a while back, culled from the now-deleted box set comprising what purported to be her complete known recordings... like all such things, it wasn't entirely complete in the absolute sense, but it was a pretty intense and worthwhile 19 discs anyway! So pull it down and toss it on... especially if you're somewhere watching the snow fall silently on the twilight world. It might not be the best material for an aerobic workout, but I'm sure you've got plenty of boogie-woogie around for those occasions. 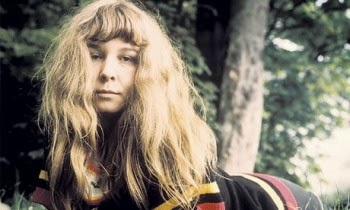 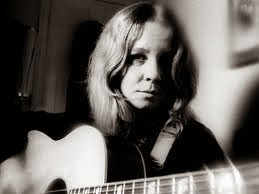 In Paul Kovit's excellent Fairport Convention documentary "It All Comes 'Round Again," Sandy's bandmate (and FC, Steeleye Span and Albion Band founder) Ashley "Tyger" Hutchings says that our friends are never really dead to us until we have forgotten them, and that Sandy still lives because he hasn't forgotten and he never will. Play this CD and I think you'll get the idea why he -- and so many of us who revere her music and her singular voice as no other -- feel as such. --J.
Posted by Emmpaurer Nowbodhi at 5:03 PM 5 comments: