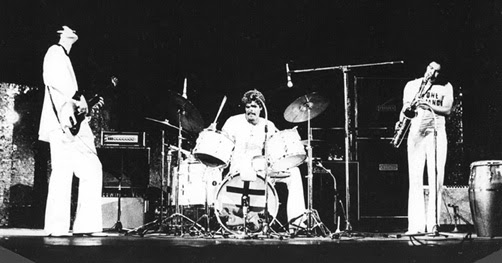 Hello, yeah it's been awhile. Not much; how 'bout you? I've been sick with the flu, with a lotta work to do, but I am coming out of hibernation to wish the best of 63rd birthdays to Steve Grossman... his records both as a leader and with various bands over nearly the last half century establish his reputation as one of the finest tenor saxists currently breathing. If you have ever heard Miles at Fillmore or Black Beauty -- two incendiary electric Miles Davis LPs from 1970 featuring a then-teenaged SG -- you'll know what I'm talking about... and those are just a few of the first forays in a far-reaching career. Be assured that the Beastie Boys don't go name checking you in a song if you don't get down. 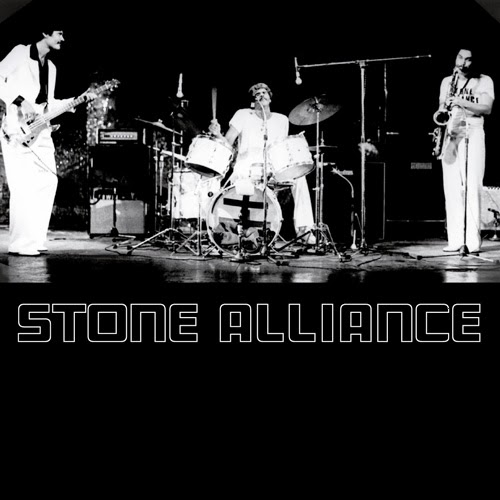 This particular group (immortalized in the Beasties' hip-hop classic Root Down) -- and especially this little composite set I put together from their global tour in 1977 -- burns with a searing, sizzling fire. Steve is more than colossal enough as he attempts to blow the roof clean off of each place they are playing with just a single tenor horn and two lungs at his disposal, but the rhythm section funks so crispy that you could probably fry an egg on Don Alias' kickdrum as well. And the basslines, oh my goodness gracious. Gene Perla, who played with Grossman on so many of those impeccable Elvin Jones records in the early '70s, feels his Fender with titanic tone and slinky, sensual ostinati to make heads bob at 50 paces. If it's the most furious viscerealities fusion has to offer and it's total tenor madness over the fattest funk this side of the favela you crave, you better press that button down below and get your weekend started off in forthright fashion. These gentlemen aren't kidding around and this is in no way "smooth jazz". 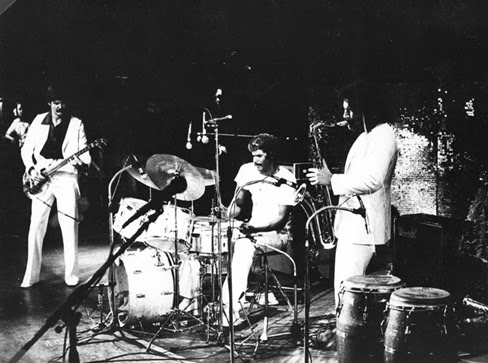 Our disc here is compiled from three separate gigs. Several of the song titles were wrong, but the recordings themselves are top notch. I basically took all three and distilled them down to an imaginary concert where all but one of the tunes contained in the trilogy are represented. A slight bit of editing was employed (see if you can spot where) so every other track wouldn't have a ten minute drum solo in it... although I left the best solo bits in, especially the wild bass excursion in Zulu Stomp and the extended, epic drum voyage by Don Alias in Samba de Negro. I also restored the first few bars of Arfonk, which were missing in a fade up, by utilizing a little bit of precise loopiness. Again, none of this matters and you'd never be able to spot where I did these things if I hadn't told you; the point is that this is some of the most fucked-up, heaviest groove music ever made by human jazz musicians and if you wanna funk and funk hard, this is one-stop bopping here. 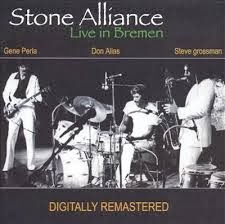 This music is hard to describe, but if I had to pin it down I'd say it's like a power trio, only instead of shredding guitars you get the face-melting sax of the Birthday Boy Mr. G. It's got hard bop elements (twisty, oddly melodic head segments and a fair share of straight-ahead bits where he goes even crazier), lots of Latin aspects (Vaya Mulatto and Samba de Negro delve deeply) and of course it funks you right to your face over and over until your hips can't take it anymore and your sacrum cries out for "Aunt Remus!" cuz ol' Uncle ain't around. So please do join me in celebrating one of Planet Earth's most brain-blowing reed players in some of the most dazzling, intense music you'll ever hear anyone play. You'll thank me later, Sweetie Pie. --J.