Fish Cake in the Affirmative

Bass-beastly Rickenbacker ruler Chris Squire is 66 today, so let's acknowledge the utmost seaworthiness of The Fish with the definitive edition of a definitive Yes concert, outdoors in the 100-degree sweaty mud of the old Roosevelt Stadium on a hot June evening in Joisey City in 1976. This is that odd Yes "Solo Albums" tour, where they didn't have a record currently out as a band but each had their own project in the racks. How '70s is that? At least they didn't just have their mugs on the covers like KISS did... Roger Dean would not have it. Anyway, they play most of Relayer and a bunch of other Affirmative favorites in a most ferocious fashion as the 30,000+ people in the ballpark lose their individual and collective minds in the steamy heat of the New Jersey night. Blazing apace through a two-hour set, they close with a shockingly face-stomping version of The Beatles' I'm Down... just in case you thought all these guys were was ornate, proggy arrangements, gratuitously flashy pyrotechnic instrumental wizardry, and incomprehensibly elfin lyrics about topographic oceans, starship troopers and mountains coming out of the sky. 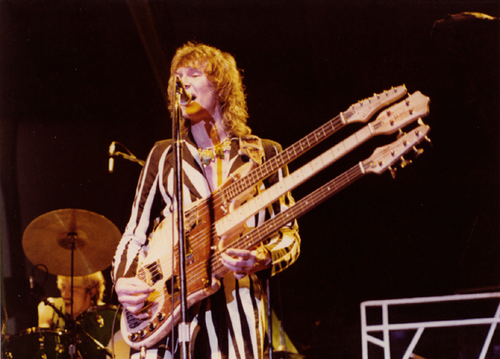 I'm not sure if Squire broke out his triple-necked bass at this gig, but all five of them play their asses off regardless. Relative newcomer Patrick Moraz tickles the ivories of the approximately twelve million 1970s analog synthesizers and keyboards he has onstage with him to devastating effect, exuding an exuberant confidence in spite of his recent inclusion in the band. And of course the birthday Fish rumbles away in dazzling fashion, without ever once dropping his pick. Is he the only bass player that never uses his fingers? I'm sure there are others but nobody does it like he does. 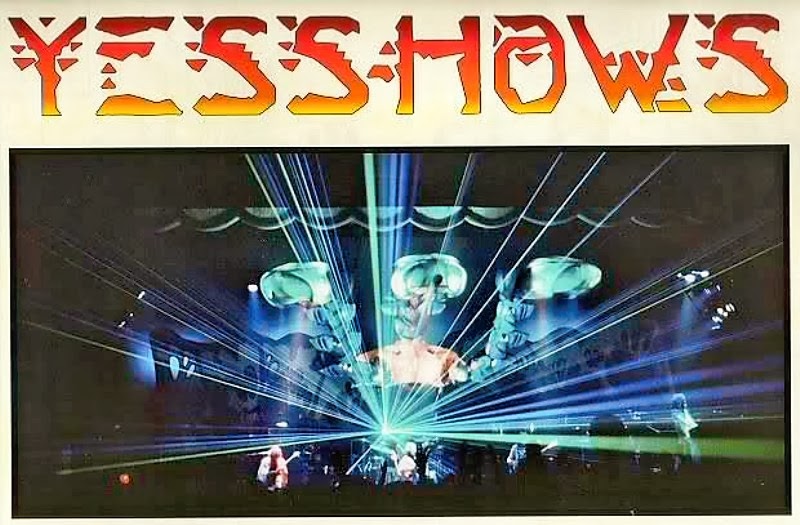 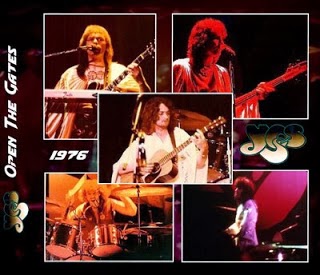 This is a monster show -- complete with some of the first super-extensive use of the lasers now commonplace at rock shows, which you'll hear the astonished WNEW DJs on the tape marvel about -- in front of a huge and boisterous crowd. The Nightbird, Alison Steele, even makes an appearance, for all you Seventies FM radio historians out there. Many people refer to this as the ultimate Yes bootleg, especially given its exceptional sound quality and performance... there's not much else to say, other than you should celebrate the birthday of Mr. Squire accordingly by hitting the button and partaking of a symphonically Yes-ified Bicentennial spectacular. Soon, the light... or at least the fireworks! --J.
Posted by Emmpaurer Nowbodhi at 3:25 AM No comments: