Dublin Your Pleasure, Day 1: The West Coast of Clare

I am back after a week of work-inundated zombie stupor to bring you the first of two consecutive posts timed to coincide with St. Patrick's Day. Today features one of my favorite fountains of Irish & Celtic traditional music: a group called, fittingly, Planxty. 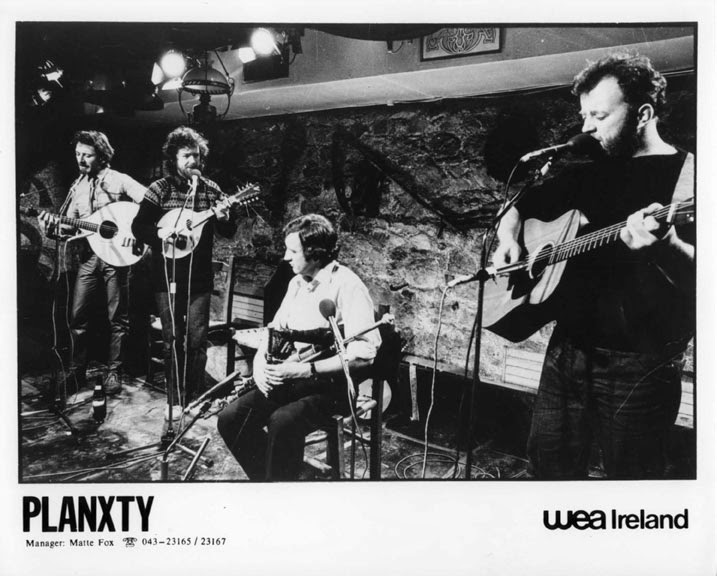 But first, an explanation: just WTF is a Planxty anyway? A Planxty is the name given to compositions specifically created in honor of or dedication to an individual or family... a concept initially thought up by the renowned blind troubadour and harpist of turn-of-the-18th-century Eire, Turlough O'Carolan. Sort of an acknowledgement of the artistic patronage of wealthy folks, like the list of donors they show before a PBS program comes on TV... but with more stringed instruments, more mixolydian mode -- the central melodic/harmonic spine of most Celtic music -- and of course transposed to 1713 Ireland. 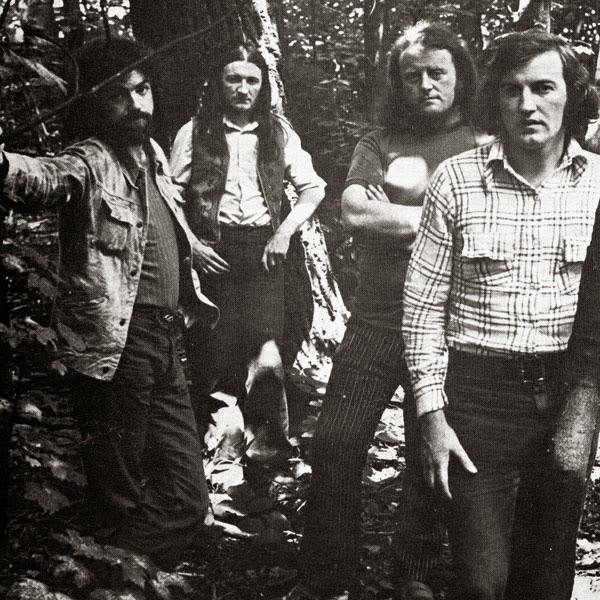 This band was central to the rise to prominence that Celtic music has enjoyed in the last 40 years, and in particular via one essential, seminal contribution. In 1981 Dónal Lunny (founding member) and Bill Whelan -- who had just joined the band -- were commissioned by the Eurovision song contest to compose a piece to accompany Irish step-dancers on the annual telecast of the competition. They did so, titling it Timedance... and it was the rave of the show. Ten years later they redid the piece in extended form as the music to Riverdance, itself one of the most popular cultural touchstones of Celtic music and dance that will ever be. 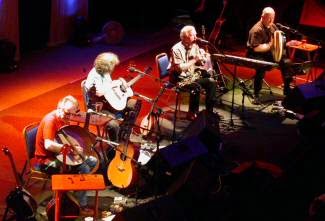 I have included Timedance (the original, never-reissued version) as a bonus track for today's share, which is a complete, professionally recorded concert of Planxty at the Olympia in Dublin in August of 1980... or rather, a complete concert cobbled together from a week's worth of shows at the Theatre and illicitly issued by their disgruntled, recently-sacked manager back then. Only 1000 cassettes of this were made, and only a few hundred were sold (only in England, for some reason) by the time the band got the thing withdrawn. I offer it here sourced from the original reels... after 33 years it circulates in trading circles like this, but has never been formally re-released in any way since the initial, unauthorized cassette edition in 1980. 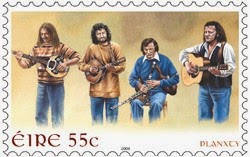 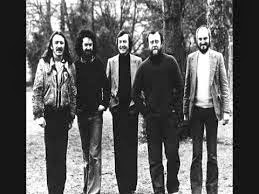 Here is a link to the full programme for this series of concerts, should you desire further edifying information. I'll be back within hours with the second of these St. Paddy's day posts, but for now please do enjoy this slice of Irish folk mastery from one of the primary purveyors of such. And may you be a half an hour in Heaven before the Devil knows you're dead ;)--J.
Posted by Emmpaurer Nowbodhi at 7:06 PM No comments: