Birthday Bard Bonanza: If My Thought-Dreams Could Be Seen

I don't usually post 15 GB of unissued material, but when it's the pre-eminent songwriter of all time, I am fairly certain that I can make an exception. 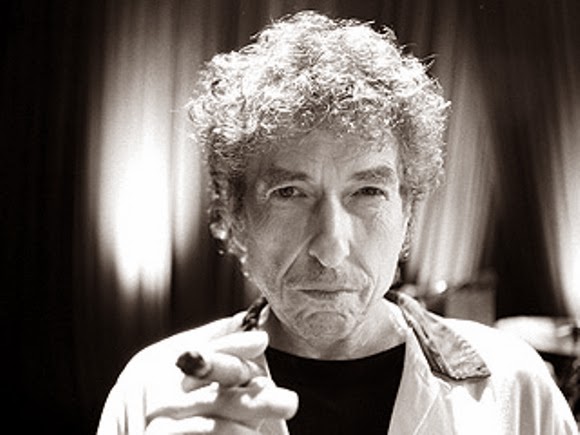 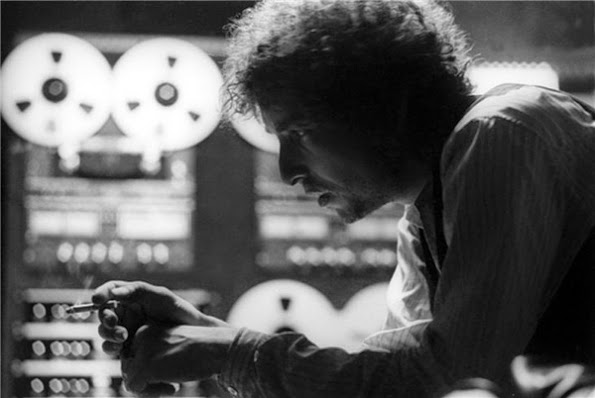 It wasn't always acceptable practice to write songs about just anything, you know. A strict dogma ruled the art form at one time, which held unwritten but fearsome rules that said only tunes about love and its pursuits, joys and disappointments were allowed. The subject matter was the ups and downs (and occasionally the ins and outs, but not as often as we would have liked) of human pair bonding. Even the folk songs of olde had to have the principal ballad ingredients of romantic intrigue and betrayal for the slaughter and revenge verses to be set up correctly. 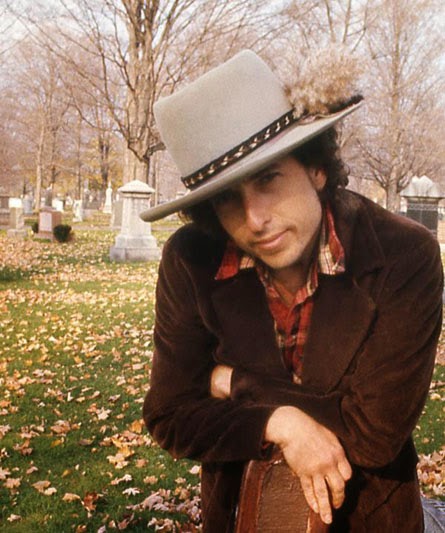 Then this fellow showed up and kind of pushed all that to the side. Not that he didn't write about those topics and continue those traditions in his own way, but he went so far beyond the existing conventions even in his love songs that the whole world was forever changed. You could say that songwriting itself -- and by extension, modern music -- grew up to adulthood when Dylan had his advent upon the cultural songscape in the early 1960s. 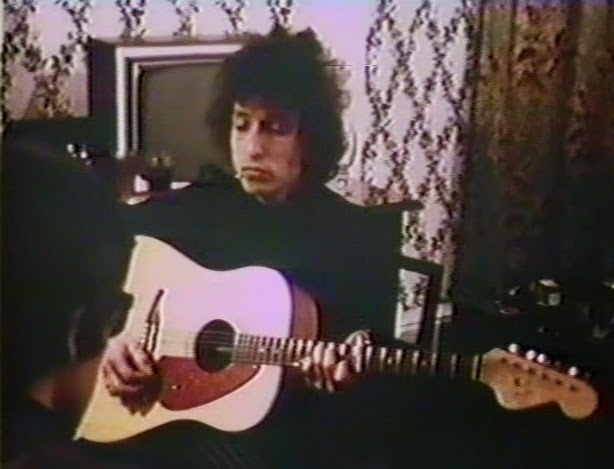 Understandably the most covered artist in music history, he has inspired untold millions to make music great, good, mediocre and awful... a lot of sensitive young men and women who never should have been allowed near an acoustic guitar were driven to the torment of their friends and families because of Bob Dylan. But that's true of any colossally influential artist in any discipline. For all the tinny folk warblers out there, there are the Neil Youngs and the Joni Mitchells and the Tim Buckleys and the countless writers who have come after them who might not have ever felt free to write about the whole spectrum of human feeling and concern had it not been for the inspiration and example provided by the birthday Bard here. 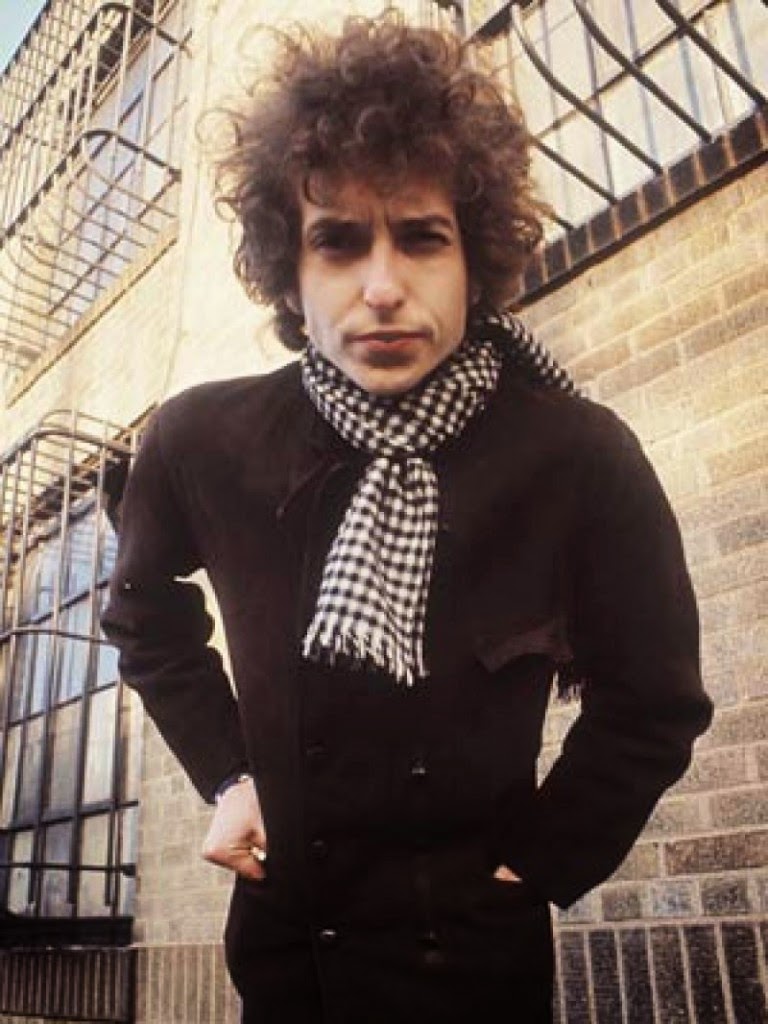 When I was a kid, I didn't get it and thought Dylan was just an irritating scold with a harp rack and a sandpapery voice that made ice cream impresario Tom Carvel sound like Tom Jones. You kind of have to grow up -- or try to -- to appreciate what is going on in these songs. The nuance of expression and the literary modalities present in his work reveal themselves slowly, often as the grapes of youth ripen to the wine of life. 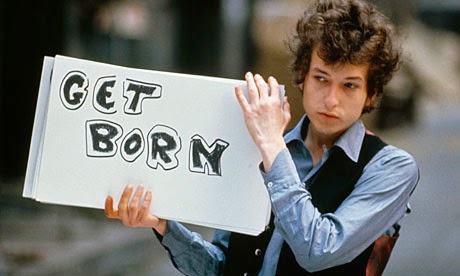 To really get Dylan, you have to go through breakups where you feel as if the other person has a lot of nerve to say they are your friend. You have to watch close friends come to the brink of total emotional collapse from living the unintentional, but no-less-devastating betrayal of being outgrown by someone -- and the complexity of feelings brought about by that -- to be able to relate to the "You're a Big Girl Now" moment everyone dreads. You have to get so fucking fed up with slavery disguised as a freedom to be celebrated that you just simply cannot bring yourself to work on Maggie's Farm no more. You have to run into people so stuck in the status quo that something is happening but they don't -- or can't -- know what it is. You have to had threw the bums a dime in your prime, didn't you? 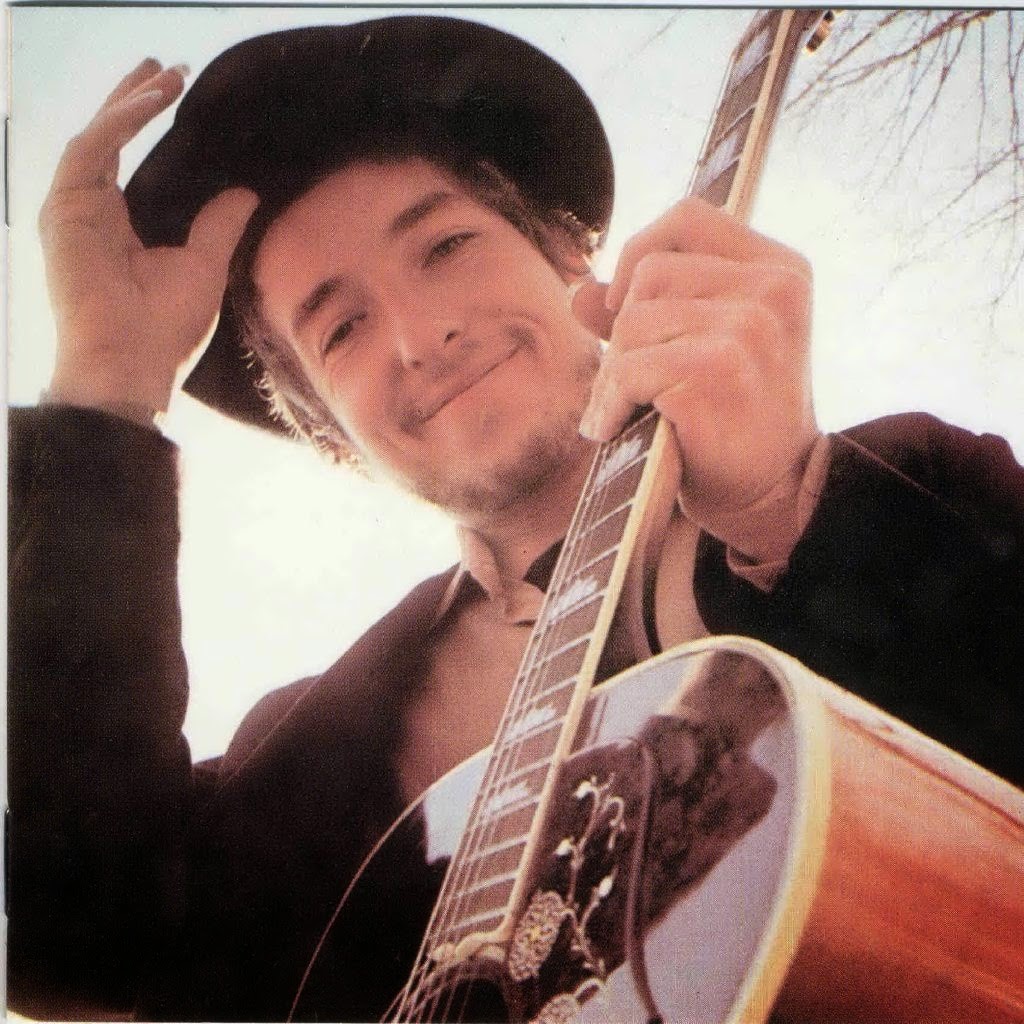 All of this is manifestly so. Bob Dylan, love him or hate him, is the undisputed heavyweight champion of modern songwriting... the alpha and the omega of the art form, without whom we'd all likely still be sitting around a jukebox somewhere, pumping nickels into it (OK, today it would cost $20 per song) so frivolous little ditties about how I loved you and why did you leave me could play for our endlessly peripheral amusement. But did you know he also liked to make movies?!? 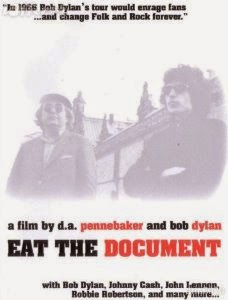 Yes, in addition to his side career as an actor in films like Pat Garrett and Billy the Kid and Masked and Anonymous, Dylan is responsible for a couple of really strange films, including one 4-hour epically allegorical one that chronicled his separation and divorce from his first wife Sara Lowndes. Neither has ever seen the light of day on home video, despite the fact that their creator is one of the most celebrated artists of our lifetimes, if not the central, dominant artistic figure since 1963 when you take into account the debt all songwriters since then owe him. Someday this may change and these will be reissued with the care and thoroughness this reality demands, but until then with regard to their absence I heartily declare that that's what Baby Jesus invented the Internet for. 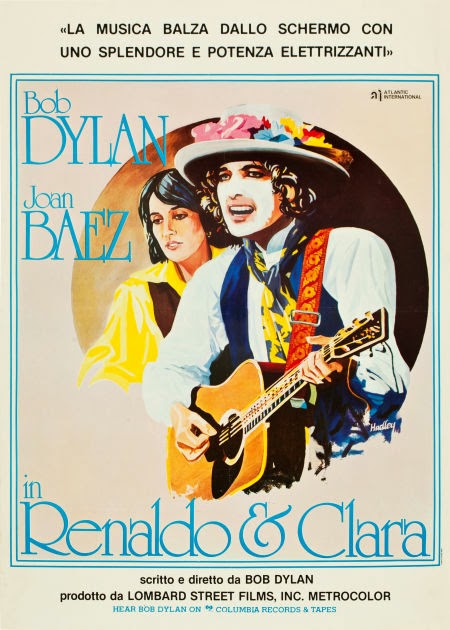 I.
Eat the Document
1966
directed by D.A. Pennebaker and Bob Dylan
edited by Bob Dylan

NTSC DVD sourced from what looks like a master VHS tape made from the original 16mm reels
3.33 GB total
part one here
part two here

PAL DVDs sourced from never-played VHS master tapes made with top-flight equipment under optimal conditions off the air from UK Channel 4 in 1982, the only time this film has ever aired on television
7.40 GB PAL here

NTSC DVD sourced from a VHS tape made from a master VHS tape
2.8 GB NTSC here

all material assembled and remastered by JTT
2008-2014 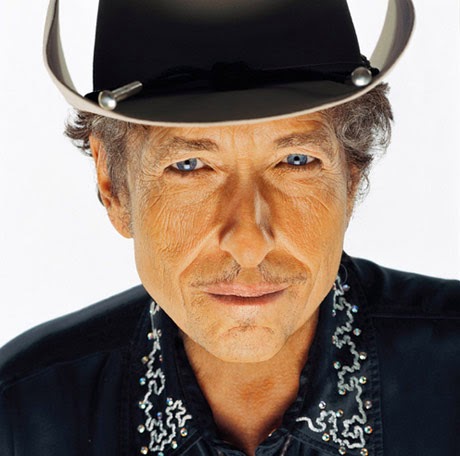 I suppose Saturday night is traditionally movie night anyway, so you all have your work cut out for you now! Go ahead and pull one, some or all of those folders down from the cloud and get your Zimmerman on straight through the holiday weekend, as we memorialize (OK, not so fast, he ain't dead yet folks) the staggering achievements -- in songcraft and in cinema! -- of Bob Dylan, acknowledged globally as the father of modern songwriting and forever young at 73 :)--J.
Posted by Emmpaurer Nowbodhi at 5:11 PM 1 comment: