A happy 33rd anniversary to this unusual and unique concert which forms today's share fare... it's a Moody Blues show from when they sorta went New Wave to shamelessly court the fans of that then-new style... and they had massive, Earth-shattering hits with it. It comes from the pre-FM vinyl collection of a famous collector of such things, with a little light cleanup/remastering by yours truly to make it the best, or at least near the best, it can be. 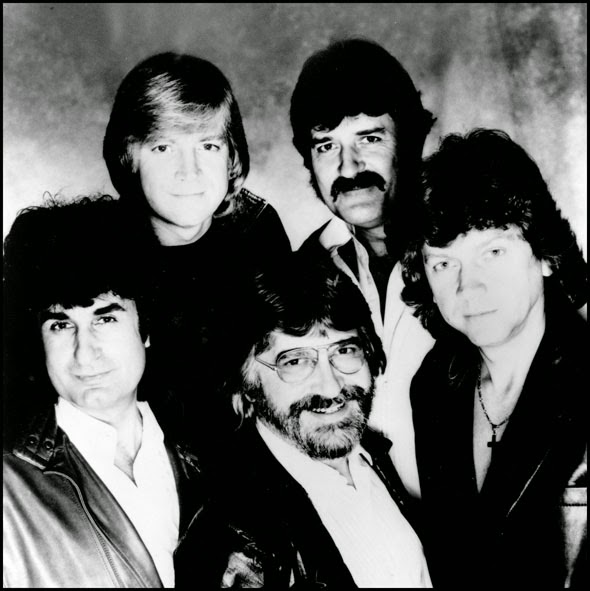 All I did was clean up the LP staticky clickishness and apply a tiny bit of dynamical expansionism (aka pixie punch dust) using Sound Forge 9. Left in the minimal radio chatter cuz I thought it had a nice flavor of those Mello Yello times before Reagan really dug his fingernails into the blackboard and erased the lesson plans. I moved a track point to before a count-in by the drummer, and I also named and tagged the files and rearranged and appended the original text file to include both the players, the correct name of the venue and these notes. Nothing else was changed as this was already a top-notch sounding mix and set and a five-star gem -- from original, mint ABC Radio Network LPs -- out of the vault of the legendary archivist RJP, transferred brilliantly and shared generously a little while back courtesy of KRW&CO and Mike. 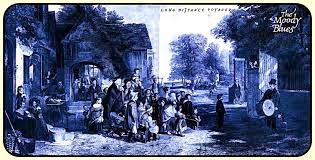 I love this concert because "Long Distance Voyager" is such a weird album, where the Moodies desperately try to incorporate the burgeoning (in hairstyle, at least) new wave to reinvent and update themselves, and it almost succeeds. At least for one record... it has a healthy smattering of great songs on it anyway, including "The Voice," which I remember hearing on the radio all the time back then. 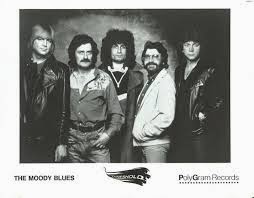 mint pre-FM LPs from the archive of the late RJP, transferred by KRW&CO and Mike & remastered by EN
604 MB FLAC here 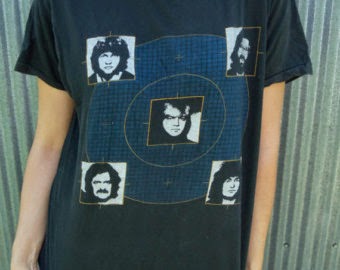 This contains songs from their whole catalog, but done in the somewhat alien style of that platter. So you have Patrick Moraz's majestic prog-rock flourishes (is that an Optigan? I have no idea.) colliding with the other guys trying to sound like who? Echo and the Bunnymen? Martha and the Muffins? (Your contemporaneous first-day-of-MTV artist here.) It doesn't matter. Moraz plays mightily in this and if you love Refugee or "Relayer"-era YES or his own "Story of I" LP you'll probably go crazy for this show, seeing as he kinda takes over a lot of the tunes! But in a good way... he handles multiple keyboard instruments flawlessly throughout and pumps up the Mellotron pomp, yet somehow seamlessly integrates his unique contribution into the slightly new wave-ish sounds his mates lay down. I also hear him bridging the prog-new wave gap with a good few of the last wave of pre-digital, classic analog synthesizers... and although I'm no Prophet, I now go scatter. On the latter!--J.
Posted by Emmpaurer Nowbodhi at 3:03 PM No comments: