Happy Sunday and a very happy birthday to guitarissimo Carlos Santana, who is 67 years young today. To honor this heavyweight player, whose career spans six different decades, I am posting a delicious King Biscuit Flower Hour reel which I have translated from Quadrophonic DVD Audio to stereo for your enjoyment. 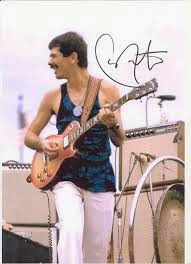 This fellow needs no introduction and hasn't since the first Woodstock festival in 1969, when -- under the influence of a not-insignificant amount of mescaline -- he and his eponymously-named outfit stole the show. A million years later, he is still going strong. 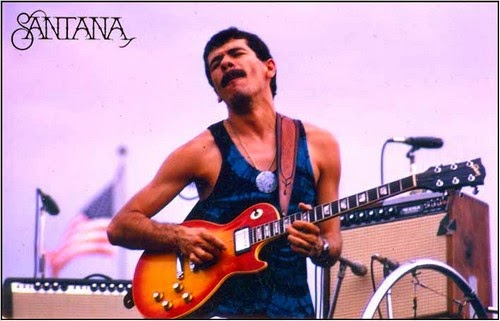 I really love the Barboletta album from 1974, so here comes an utterly incendiary set put together for a KBFH broadcast from that tour. Carlos' tone here is kind of shredding for him, heavy on a psychedelic chorusy distortion and maybe a little less clean and ringing than you're used to from him. I dig this set because there isn't a whole lot of singing, which leaves more time for him to solo with wild abandon. 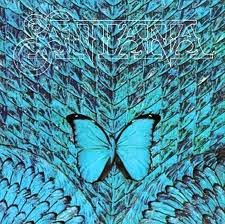 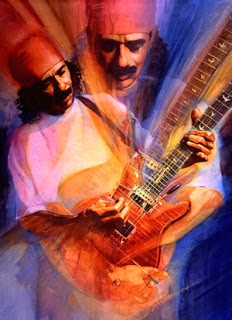 The sound on this one is probably superior to Lotus, the official live record from the previous year, or at least comparable... these radio people did not mess around back in the day. Anyway, enjoy this marvelous little set as you do your Sunday thing... let it be a reminder to celebrate the birthday of Carlos Santana, born this day in 1947! --J.
Posted by Emmpaurer Nowbodhi at 3:38 PM No comments: