I am feeling a bit under the weather today, but I am getting out of bed to post this because September 9th is the birthday of the late, great Elvin Jones, widely considered the most influential drummer of our lifetimes. 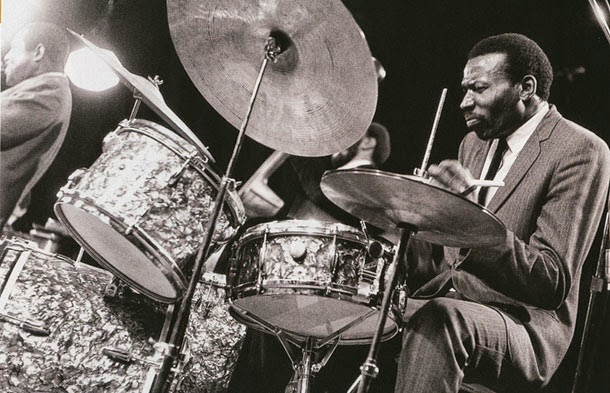 Originally John Coltrane's drummer during the sax deity's prolific and definitive Impulse! years, EJ brought polyrhythmical complexities whose influence spread across jazz to rock and pop, with people from Mitch Mitchell to Robert Wyatt citing him as having had a seminal effect on their playing and their attitudes towards what was indeed possible. 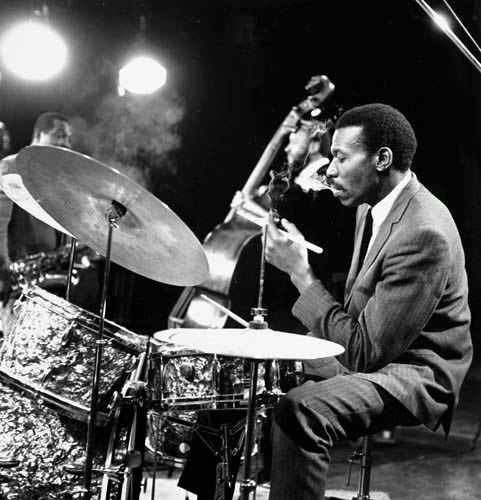 There isn't much to say about Elvin that hasn't been already, so forget all the descriptive words and paste your eyes and ears to this 38 minute set from French TV in 1973, with the man leading his stellar quartet through several tunes. Look out for tenor titan Steve Grossman and Dr. Lieb, David Liebman, handling saxes and flutes. 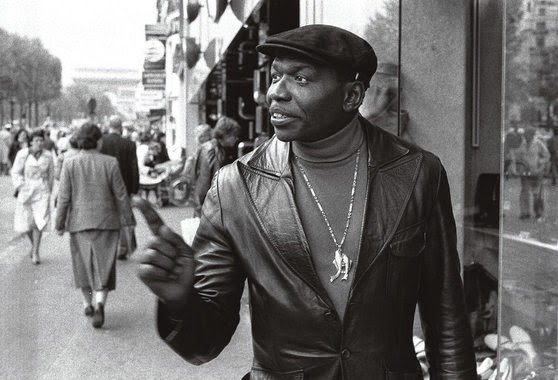 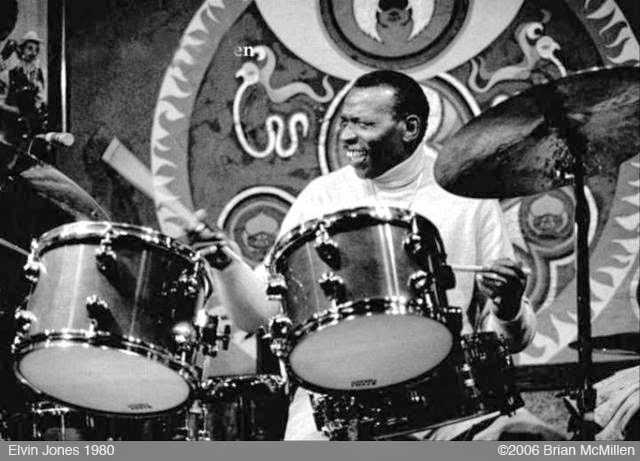 He was born on 9/9/1927 and died in 2004, but there may never be another drummer as important and as emulated as Elvin Jones. Please do enjoy this DVD as a taste of that which the man was capable.--J. 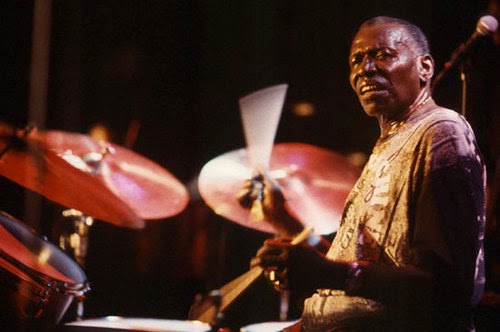