Welcome to Wednesday and an anniversary post that's guaranteed to kling und klang in just the right ways. 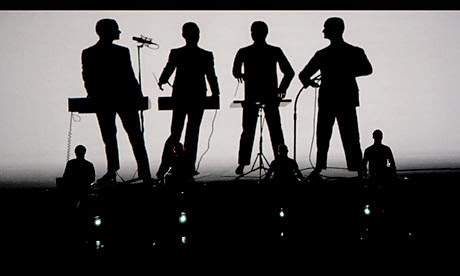 That's affirmative, it's a 33-year old FM broadcast out of the Netherlands featuring German electronic originators Kraftwerk in all their mechanistically danceable glory. 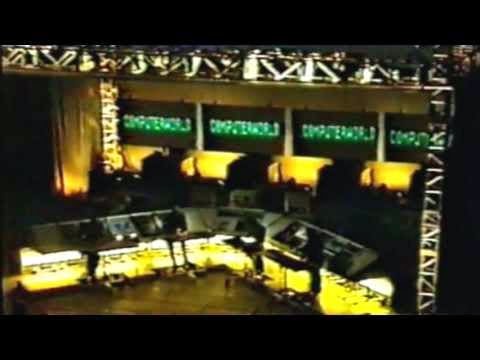 Beginning in the early 1970s, these guys helped to invent the whole of modern techno and electronica, so there's no sense in describing what they are all about. If you've ever heard Planet Rock by Afrika Bambaataa, you know exactly how much of a foundation this band is to the way music sounds today. 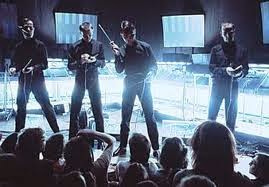 This is a composite that brings together the complete broadcast from the best available sources, and the people who assembled it did a marvelous job because it all sounds like the same, excellent capture throughout. It makes fine companion live record to their 1981 Computer World LP. 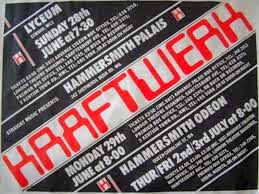 composite from 2 different FM cassette masters and a vinyl bootleg of another, assembled by Pavemalk in 2013
303 MB FLAC here 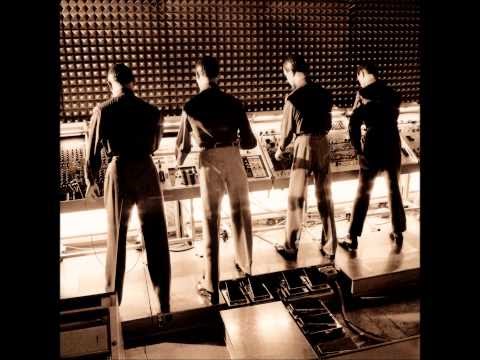 This is such a great sounding live document of this inestimably influential group and I hope someday a complete show of this 1981 tour will be officially released. But until that day we have this, recorded 33 years ago today and still sounding as ripped from tomorrow's headlines as it must have sounded to the astounded Dutchfolk assembled at the Utrecht Muziekcentrum that evening!--J.
Posted by Emmpaurer Nowbodhi at 2:08 PM No comments: