Good afternoon. I was disturbed today by the propensity of some to turn what should be a national day of remembrance into some sort of homage to a science fiction fantasy film, so I am here to write what I feel down. 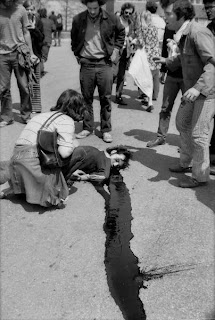 See this guy here with his face splattered? He went to my high school. One year his mother came and they put on a whole day's worth of assemblies and lectures and films about what happened that day. Not pictured: Obi Wan Kenobi. 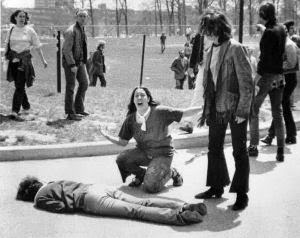 Maybe you recognize the more iconic, less graphic photograph. Just out of frame you'd see his teeth lying there, blown out of his atomized skull. Not pictured: Princess Leia. 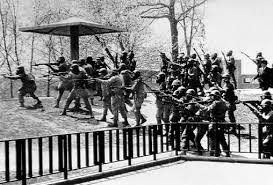 Here come the National Guard, doing the bidding of the career criminal Nixon. Somewhere, Neil Young is about to go into the woods with his guitar and notebook. Not pictured: Han Solo. 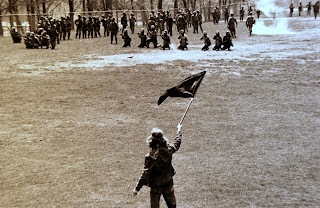 Here's this guy with his famous black flag, trying to dialogue with the Guard. Right after this was taken, he was hit in the wrist and crawled away as the bullets hit the ground all around him. Guess the Guard weren't into talking things over that day. Not pictured: Chewbacca.

To me, this event is the turning point, when the power structure made it crystal clear what side of the bread got the butter and anyone with a grievance was taught to think twice lest they be next. Everything since this happened 45 years ago today has been the drain circling stemming from the National Guard's toilet bowl moment, IMO. Not pictured: C3PO. 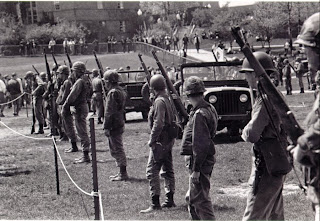 And here we are on what should be a solemn day of reflection, inundated with tributes to a fictional movie. The most powerful government on Earth proved that it would exterminate its own citizens for the crime of dissent, and it was only a hop, skip and a jump to the Reagan Administration and from there right to "Free Speech Zones" and the fetching state of authoritarian-fueled unrest in which we so hopelessly find ourselves now. Not five decades later, dissent is met with the same military response as then... only now, they've cut out the volunteer middleman and those weapons are in the hands of every police department in every city. We are, finally, on our own. But by all means, do tell me what Darth Vader, that terrible villain, is up to today. 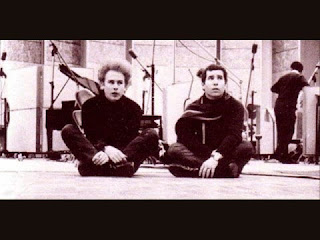 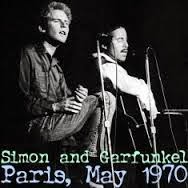 So here it is, the only thing I have recorded or broadcast on the date in question. Four minutes exactly, one for each student fallen so long ago, sung and played by an iconic duo of the times... and all without a single mention of Luke Skywalker, or whatever other horseshit fantasies the power possessing pigs have to distract us with whilst they loot this planet out from beneath our toes at the point of an automatic assault rifle.--J. 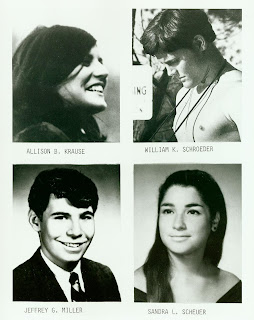 not pictured: anyone who lived long enough to see Star Wars
Posted by Emmpaurer Nowbodhi at 2:49 PM No comments: