Welcome to Friday and a sweet anniversary remaster from a Thanksgiving past. 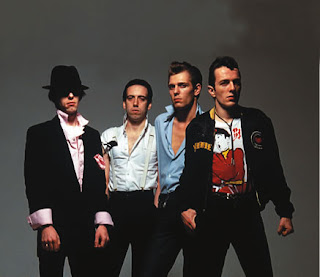 This hour of mayhem comes from the Jamaica World Music Festival of 1982, which featured one of the most eclectic lineups of all time. Everyone from Talking Heads to Jimmy Cliff played. 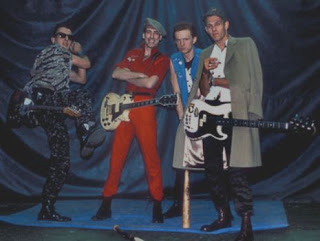 Joe Strummer from The Clash, who co-headlined, refused to go on unless he got assurance from the promoters that some of the Jamaicans outside the gates would be let in for free. 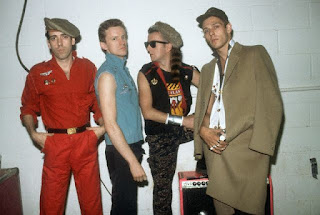 The Clash finally went on at 4 in the morning, when most of the festivalgoers were sleeping. Once The Clash started playing, they were no longer asleep. 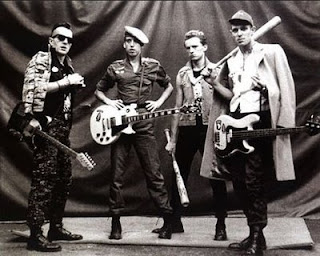 This concert comes from the brief time Terry Chimes was back on drums after Topper Headon had been sacked for drugs the previous May. This lasted until the following Spring, when Chimes quit to become a chiropractor and The Clash entered its implosion phase. 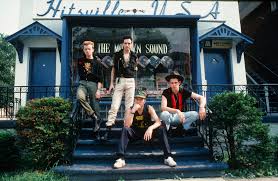 It's sourced from a master soundboard cassette. As per remastering, it didn't require much at all, but because I thought it was a little flat and dead on top (that Dolby B?), and also because the kick drum seemed a bit loud to me, I set about adjusting things in Sound Forge 9 for an optimal listening experience. A little EQ, a little Graphic Dynamics enhancement, a little alignment along sector boundaries, and a touch of titling and tagging as well as new md5s and ffps, and here we are. 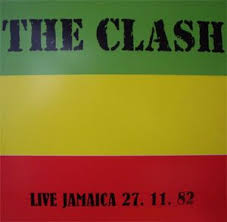 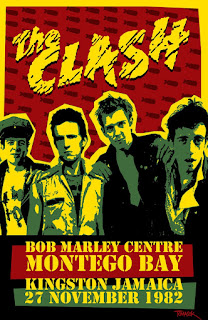 I suppose the big feat of audiological necromancy in this one was the last tune, which had a bizarre and inexplicable cut about 18 seconds in... I painstakingly reconstructed the missing section -- using a few seconds from the repeating part towards the end -- to play as seamlessly as possible and I think I did a darn good job mashing it up. It's way better than how it was before, anyhow. What's a few microseconds when you're fighting the law and the law wins, amirite? Play it loud, Happy Thanksgiving, R.I.P. Joe and do enjoy this snapshot from just before The Clash, well, crashed.--J. 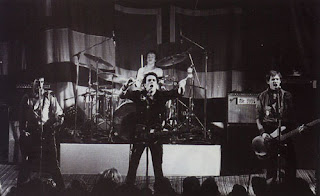