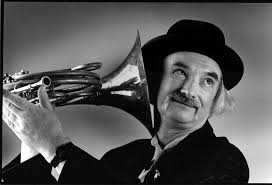 OK, it looks like Blogger has straightened out a bit of yesterday's mayhem which rendered it about as useful as a tin can and a frayed piece of Silly String, so I can attempt this birthday post about one of my favorite musos. The videos don't seem to load anymore, but no one ever watched them anyway. Tomorrow we'll get back to the usual menu of grief and death, but for now let's do this! 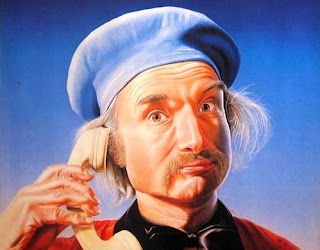 Pick up the phone! It's the 78th Earthiversary of the founder of Can, themselves one of the ten most influential rock bands ever to pick up instruments. Way back when (1968 to be exact) he was their prime motivator. His name is Holger Czukay, and he was born this day in 1938, the same year as my dad. 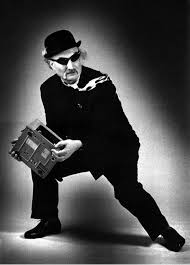 This cat is deeply ingrained in all music, regardless if you know Can or his subsequent solo records or his collaborations with everybody from Jah Wobble to your mom. Wanna know why? The crazy looking dude in the pictures is, as much as any single figure in modern music, responsible for the idea we now know as sampling. 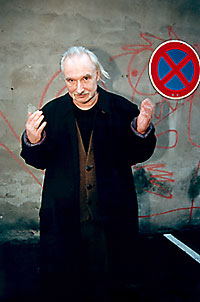 Because as far as I can tell, it was Holger Czukay who first stumbled upon the concept of utilizing existing, recorded musical material, on records, as the basis or jump-off point to new, largely unrelated compositions. The concept of stealing or borrowing elements of one art form to illustrate or enable another was begun in the 1940s and 1950s by Guy Debord's Paris Situationists -- they called it détournement -- but it didn't infect music until folks like Czukay and other mad scientists of the recording studio caused the initial outbreak. 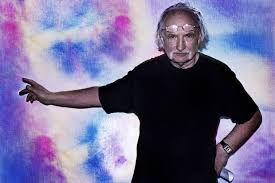 Of course people like John Cage -- now there's a blog post for another time, or maybe he needs his own blog dedicated solely to him -- surely must have started the ball rolling on the airwave sounds, but it was Holger who started tuning it in live during Can's concerts, overlaying the ongoing music with whatever was on East German radio that evening. Really Holger Czukay is as responsible as any one person for the advent of the technique in Rock music, owing in particular to one track. 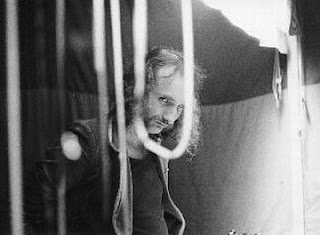 Because it was one composition in particular, taking up one whole side of an LP, that you could say got the ball rolling on the whole idea that you could take one record and make it into another. This was done in 1968 and overlaid the field-recorded sound -- taken from a Folkways LP, I believe -- of an indigenous folksinger going upriver in Viet Nam, singing her plaintive refrain. Czukay looped this woman's voice and set it to a floating, dreamily rhythmic background that evolved over the course of 17 Ambient-pioneering minutes, and both the remix and the sample loop were born!

Of course, he was just getting started on the whole "blow the minds of every musician and artist on the planet" thing... merely days after Boat-Woman Song was in the can, he had begun to form Can, probably the first group to have their very own recording studio, dubbed Inner Space and located in a disused Köln cinema.

He served as the bass player and main conceptualist of that most seminal, implacably experimental band from 1968-77, gradually integrating the extraneous radio and sampled material into the group's performances until he rotated exclusively to that area and another bassist -- Rosko Gee from British proggers Traffic -- took over the low end of Can. 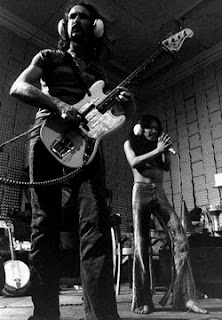 After one more LP with them he split, and made his own way on a solo career among the most eclectic and visionary of the last 40 years. Outside of one Can reunion -- featuring original, manic American singer Malcolm Mooney -- in 1989, he's been doing that ever since. 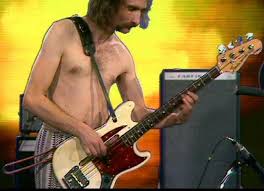 This is a rare sort of guy; truly one of the underappreciated heroes of the development of the music we all love, regardless of whether we know Krautrock from crack rock. So to honor the man on his big day I have come up with a truly undercirculated gem from the glory days of the ORTF-TV program POP2, which was the main Rock music show in France at the start of the 1970s. This is a PAL DVD of the station master tape, featuring a half hour of Can -- and towering vocalist Damo Suzuki -- in full flight. This was recorded 43 years ago this week and the full performance is completely unissued and badass. 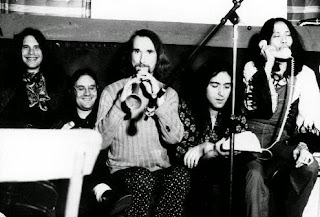 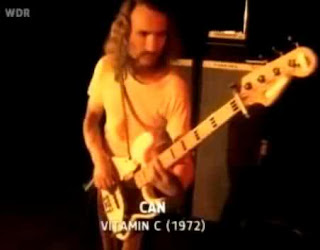 Any of you who are into Can will recognize the clip of Sing Swan Song that closes the set, which always seems to get featured when you watch a documentary on German Rock or whatever. Anyway I will return tomorrow with the weekly obituary, but today you should pull this puppy down and celebrate both Can -- as tremendous a group as ever was -- and birthday boy Holger Czukay, who has spent a lifetime at the bleeding edge of everything so's that you could enjoy -- or even better, create -- that remix all full of sampled sounds.--J. 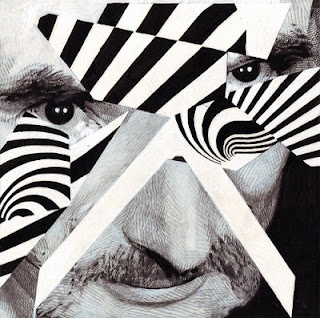