Sing Me Back Home: Bakersfield of Dreams

I woke up today completely unprepared for the Daily Death, but that doesn't mean I can't step up to the plate with the instant tribute to the latest fallen hero of the music of our lifetimes. 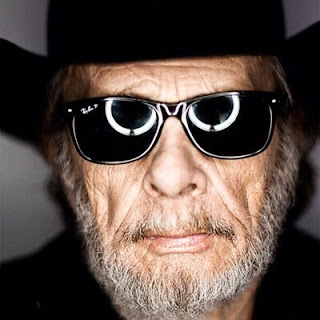 The other day I was saying how the great ones have that dramatic flair, and leave it to today's late great honoree to prove me right. For in the 2 1/2 years I have had this page, this is the first time someone has managed to pass away on their birthday. 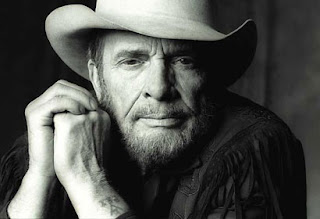 The idea that Merle Haggard almost made it to 80 -- he turned 79 today -- is pretty astonishing in its own right. I was just thinking that the Highwaymen are down to just Willie Nelson and Kris Kristofferson now. That's only half the Highwaymen! This let's-lose-an-avatar-of-modern-music-every-12-hours thing is getting old and I'm ready for it to stop. 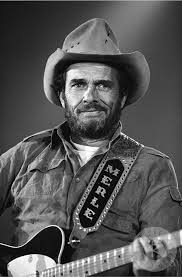 Yes, the hard-living outlaws who brought Rock-n-Roll swagger and substances to Country music are dropping like flies... we can only hope ol' Willie Hugh is smoking enough of the Private Reserve to stick around for another few decades. I always thought it amusing that Merle's most famous song was a legendary anthem about straight, clean living... and he sometimes claimed to have written it while high. The promo video for he and Willie's song that came out last year featured the two sharing a joint. 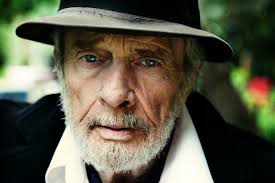 He spent most of the 1950s in jail, and was introduced to notorious inmate Caryl Chessman being thrown into solitary confinement in San Quentin. After seeing Johnny Cash perform at the prison in 1958 -- and having played the fiddle and guitar since age 12 -- he made up his mind to turn his life around. Upon release in 1960, he began to do just that. His criminal record was expunged in 1972, and he was given a full pardon by then-California Governor Ronald Reagan. 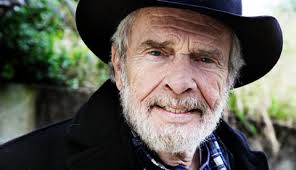 After seeing some songwriting success in the 1960s, his biggest hit was released at the end of 1969, at the height of the Viet Nam War. Needless to say, it struck a nerve. It might be the most seriously-taken character study ever in American music. Merle claimed it was done to support the soldiers, but also as a parody of the uneducated redneck attitudes still so prevalent in the US even today... "Okie" being a disparaging term for a backwoods Oklahoman. 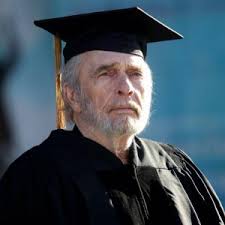 It was at that moment that the Outlaw stuff really started in earnest, and soon you had Merle, Waylon Jennings, Willie, Cash, and a host of others plying the territory between Rock and Country for the rest of the Seventies. Merle in particular, along with others like Gary S. Paxton, is notable for his role in defining the Bakersfield sound that really jumped off in the late '60s. 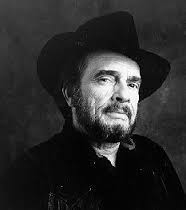 There may be 10 radio stations in every city that play this kind of music nowadays -- it's currently called "Americana," a genre folks like Merle Haggard helped to invent -- but back then it was not the case. Fast forward to today and the capper on a 50+-year career. 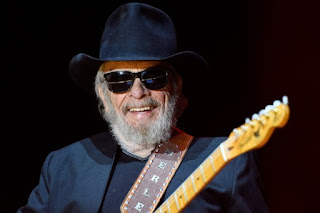 So on birthday #79, Merle the Pearl has been sung back home, but not before altering the DNA of the sonic landscape for all that will follow. To honor the man I have pulled out and dusted off a tasty 75 minutes of he and his Strangers at Opryland in Nashville over the July 4th weekend 34 years ago, sourced from the original Silver Eagle pre-FM reels and delivered here in pristine, may-as-well-be-an-offical-live-record condition for you. 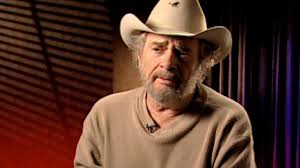 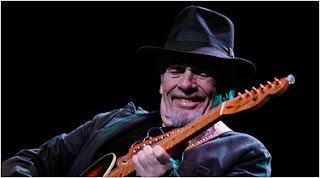 This is a sweet and highly representative tape of Merle at pretty much the peak of his powers, accompanied by a crack band with two fiddlers and tingling pedal steel. Pull it down, fire it up, and rest assured that the Universe will never supply us with another Merle Haggard, who was born (and is gone) on this day but managed to cram a pretty fine 79 years between those two dates.--J. 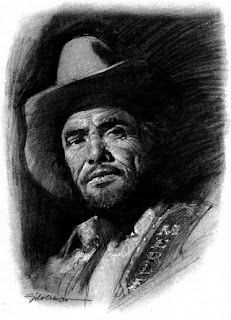