The Spud of Light

Afternoon, spuds! Let's fire up the Wednesday birthday tribute, this time thankfully to someone who's still around, relatively young, and not planning on passing away anytime this week. 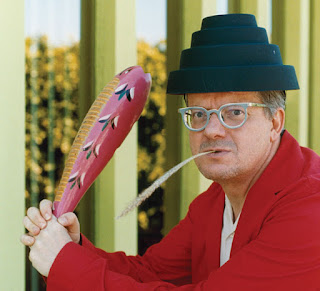 There's a central truth at play here, and that's that we're all DEVO. I'd like to personally thank today's honoree for helping bring that fact to the mass consciousness of our planet. 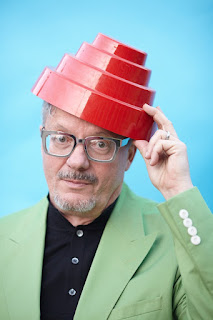 You couldn't hope to be on the campus of Kent State University on May 4, 1970 and escape this overarching reality, that our species has peaked and is now steamrolling through a de-evolution towards extinction or who knows what. 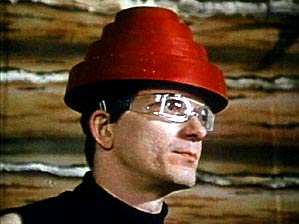 Today's honoree was there, and what he witnessed that day would fuel the drive towards the formation of one of history's greatest bands, itself an idea perhaps among the most subversively heretical in the popular culture of the last 50 years. 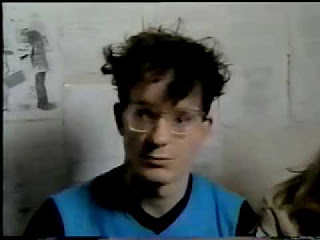 When I was 14, they were almost all I knew. Then I grew up (sort of) and became, for a significant time, a fundraiser for non-profit environmental groups and on several occasions today's honoree's membership was up for renewal. Those are conversations I am not in danger of forgetting about anytime soon. 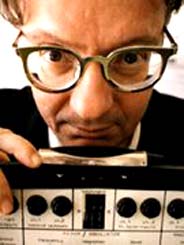 When he picked up the first time I identified myself and immediately informed Mark Mothersbaugh that had it not been for his music, I would possibly have not made it through high school alive. 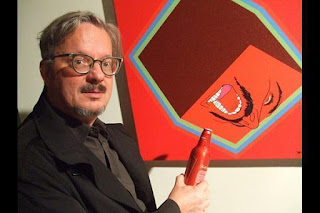 He chuckled and replied that it was comments like those that had enabled him to have survived, and I quote, "a quarter century of unlubricated ass fucking from the music industry". This was in 1996-97, so by now he's almost through his second quarter century, damn. 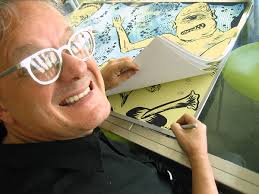 Looking back on DEVO, it's almost impossible to believe they did it. That they got the Warner's douchebags to help them indoctrinate Earth in their radical, ridiculous (and perfectly accurate) cosmology, to the point where they became, for a time, the biggest band on the planet. 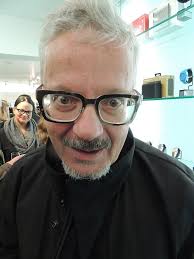 And what they accomplished will never, ever die... it's ingrained into the culture like sand on a beach and it's forever. Obviously Mark went on to a storied career in scoring movies and TV, and you've never watched a morning of cartoons with your kids without hearing him. But it's DEVO for which he stands among the visionaries, today and hence. 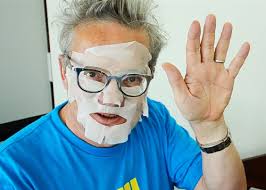 Of course he had help... his buddy Jerry Casale was just feet from one of the National Guard's victims as she fell dead in front of his eyes, and experienced a similar transformation that Ohio day. The other guys in DEVO made it what it was and it could not have been that without them. But today's is Mark's 66th birthday and he has brought as much insight and as much truth and humor to music as anyone you can name, so today is his day.

Maybe I shouldn't do this but what the hey, I worked as hard on it as any compilation I have done, even the Marvin Gaye one with all the self-made remixes. This is all the DEVO Warner Brothers B-sides & non-album tracks (and a few favorite HARDCORE selections for bulk) cooked together in a 1CD stew, featuring a bunch of edits and reconstructions made by me and several vinyl-sourced tracks that have never, and may never, be reissued in digital form. Many tracks are linked with footage from THE TRUTH ABOUT DE-EVOLUTION, the 1975 short film that first brought DEVO to the world. 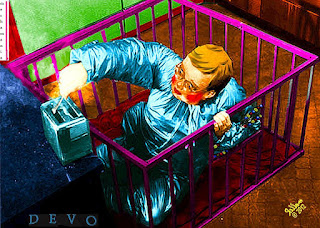 all of the DEVO non-album tracks from the Warner's period, some suitably mutated for this collection by me, plus!
503 MB FLAC here 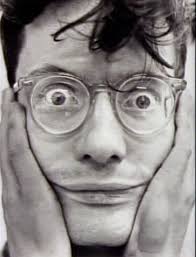 There you have it! I hope this doesn't get me into trouble, but a special occasion demands a special share... I have this tape in my phone and it always supplies the appropriate soundtrack for watching obese rednecks with the IQs of toaster ovens beat their pasty, obese children in the supermarket. All I can say is thank Providence for Mark Mothersbaugh, born this day in 1950 and one big reason you all can read this post without assistance from a Ouija Board! Long may he mutate!--J. 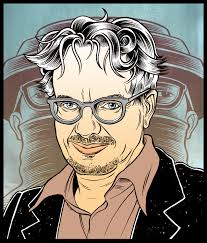