MDIII90: Miles Runs the Video Down

All right, as promised it's time for the biggest tribute post ever, to commemorate a tremendous Milestone. 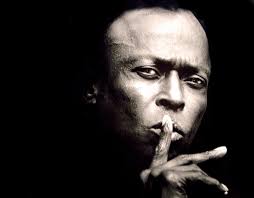 Today would have been the 90th birthday of perhaps the most legendary and innovative of all American musical artists, and one of Earth's truly revered and iconic creative figures. 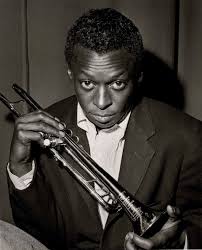 Hahahaha in that picture he's all, "Moi?" But we here in the Land of Nobody know the true giants whence we hear them, and this guy has been on my playlist since I was a teenager. He continues to be, 25 years gone, arguably the most influential musician ever to live. 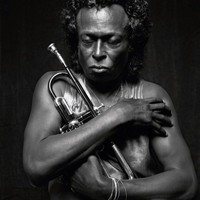 There is simply no one else that can claim to have changed the fundamental direction of not just Jazz, but by indirect impact all of Music, from Classical to Pop... and claim to have done it multiple times. Really, all the titans of our time have their places and without each of them things would be markedly different. But this person is maybe the one card, if you had to choose only one, that makes the whole house stand tall. 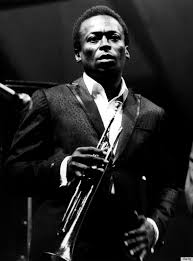 It's impossible to choose a creative phase of his career as above the others. I mean, he essentially started in the 1940s with Charlie Parker, so you knew he wasn't gonna be one to rest on accomplishments. From the original bebop era to inventing the Cool to the Great Quintet to Electric, no one even comes close to Miles Dewey Davis III for sheer audacity and the vision to carry it through to fruition, no matter what the critical response. 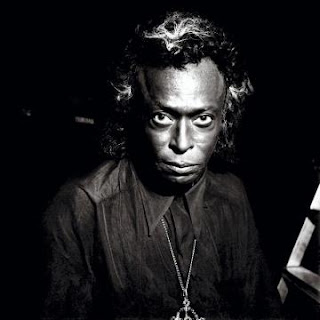 Think of the records, oh my. Sketches of Spain, Miles Smiles, Nefertiti, In a Silent Way. Bitches Brew, Live Evil (my jam), Dark Magus and primal Agharta/Pangaea. The Man with the Horn. Aura. Tutu. You hear them shouting, and they are cheering We Want Miles! 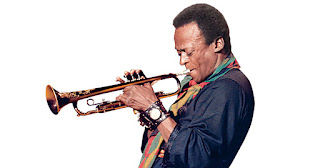 You could make the case that it was all in black & white until Miles Davis turned it color. There has never been, and may never be, a cultural icon with influence over music and even fashion to rival him. Some of his albums -- especially the more out-there electric excursions like On the Corner -- still sound like they were recorded in the future and borne back to our epoch via Time Machine. 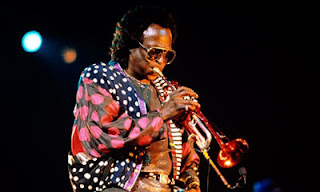 He would have been 90 today. Hard to believe he's been gone -- at least from the physical, fleshly plane -- a quarter century now. His putative exit date of 1991 matters nada, though. He'll never die. He can't. Some people are too huge to die, too insistent in the gravity of what they have to say to us. For me, he is the Alpha and Omega of all modern music, dead or alive. 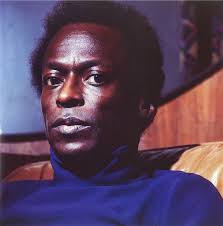 This is a serious anniversary and requires a serious share response, wouldn't you say? I sure did pull out the stops this afternoon, friends. Three separate videos -- two are PAL DVDs and one is the lossless MPEG file they often use to make DVDs -- from three distinct eras of unparalleled artistic innovation, in the company of some of the very finest players that will ever grace a bandstand. 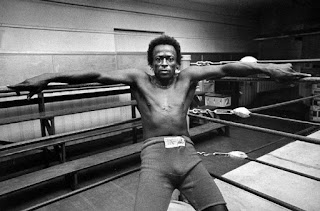 Round One is an absolute gem, representing the initial European debut of Miles' Classic Quintet from the mid-1960s. This one was taped for Italian RAI TV in late 1964 and was issued on an unauthorized DVD from a tape at least two generations off the station master, absolutely unconscionable and borderline treasonous if you ask me. Presented here is a PAL DVD of what looks like a master VHS of the pre-broadcast source, probably the best we'll ever see of this hour of power and as essential as breakfast for your MDIII birthday viewing. 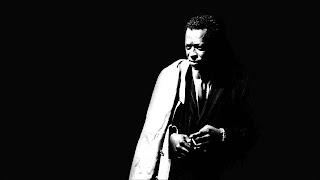 Next up is a delectable MPEG file of a prime hour and ten minutes of raw Electric Miles, taped for German TV at the end of 1971. This too was issued on a bootleg DVD from a crappy black-n-white tape, but for you all today we have a perfectly pristine digital rebroadcast of the full set, in living color. Look out for alto and soprano shredder Gary Bartz funking the roof off clean the Berlin Philharmonie here. 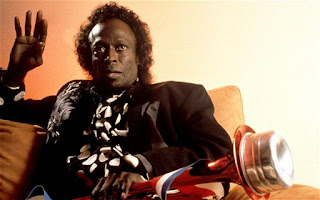 Last but surely not least, we have a blistering set from one of the man's underrated groups, towards the outset of his 1980s comeback from late-'70s drug-fueled hiatus. This one was taped in Poland in 1983 -- yet another unauthorized DVD was issued in 2010 -- and documents Miles' last stylistic shift into his funk-pop-interpretive period. Watch the boards for some wild playing from axemaster John Scofield in this set. 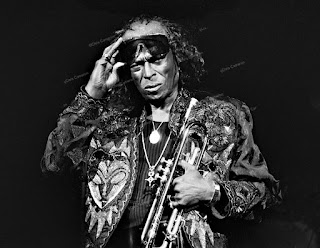 PAL DVD of a master VHS of what looks like the RAI-TV master reel, fully 2 gens lower than the bootleg DVD that came out in 2007!!
4.15 GB total
part one here
part two here
part three here 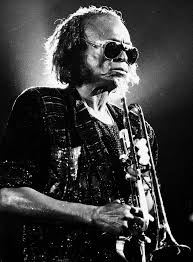 That's a wee bit o'video, eh? It took a whole day to get it all in the cloud, but I'm glad to do it in honor of this most seminal and formative musician and Ultimate Maestro of Everything. Pull whichever ones you fancy down and remember who invented all this shit, OK? There's a reason why he's one of the household names of all music and you'll surely find ample evidence in these three concerts. Enjoy and HBD MDIII, forever plus one day <3--J. 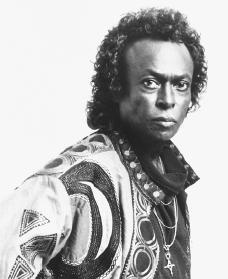