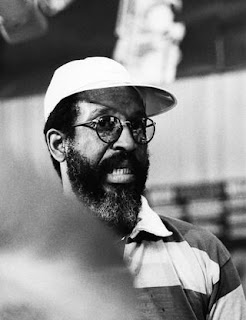 Don't sweat... I am keeping track of the departures and will catch up to them with the necessary archival tributes... there may even be a CD currently fetching 200 bucks on Amazon if you're patient. The last bit of September here, however, must be devoted to one of my personal favorite drummers and a true unsung hero of the music of our age. 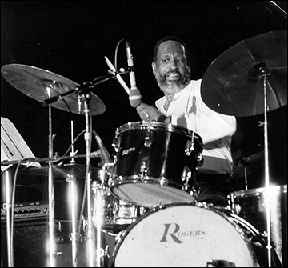 Born on this day way back in 1933 and gone from us nearly 30 years, he's still one of the most unique voices on his instrument we'll ever get to hear if we live to be 1,000. 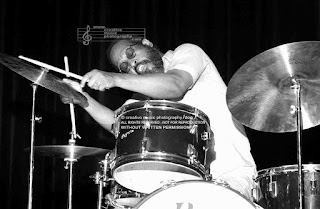 It's sad that he's so underappreciated that there's barely any photos of him on the internet, but if life success were measured by that, we'd all be kneeling in prayer to Paris Hilton and this post would be all about the pioneering bass clarinet skills of Kim Kardashian. 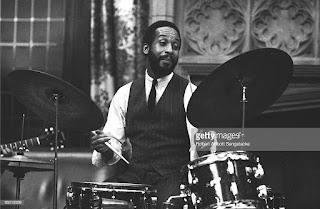 We won't be talking about those ladies 30 minutes after they're gone, but our honoree today is dead 30 years and I'm writing a reverent tribute to his mastery, so spare me the fifteen minutes. 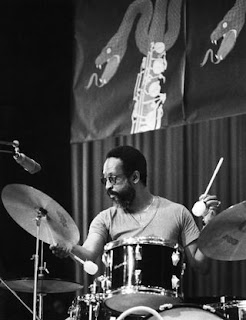 Better to be known for -- in addition to the overall, unparalleled artistry and the several zillion other projects of which he was an integral element -- having been one-third of one of the truly exploratory ensembles of 1970s Jazz (and improvised music in general) which was called, simply, Air. 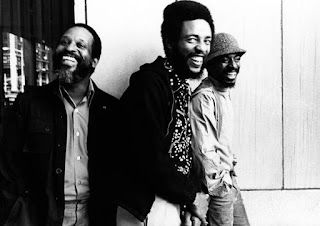 His two comrades in this band -- surely one of my favorite groups of any kind, ever -- will someday soon also grace this page. They are the reed- and mind-bending saxmaster Henry Threadgill and the late Maestro of the contrabass, Fred Hopkins. 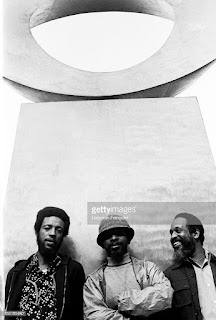 These three titans of modern music come from Chicago's mid-1960s social and creative cauldron of boundary-shattering change, and today's tributee was instrumental in the establishment of that city's ultra-legendary cultural and musical non-profit institution, the Association for the Advancement of Creative Musicians (AACM). 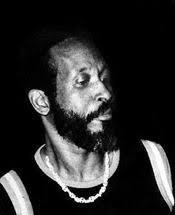 In addition to being the pulse of Air, our b'day hero played on dozens upon dozens of albums with artists across a whole spectrum of improvisation and Jazz. 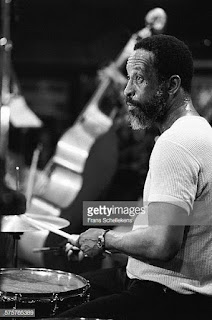 Although he only lived to be 55, Steve McCall -- as fluid and melodically gifted a drummer as any I know I'll ever have the privilege of hearing -- means as much to me as any musician I can name, and indisputably left a genuine, gargantuan imprint upon the music of our lifetimes. 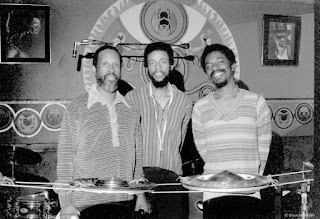 To celebrate this first-ballot firmament hall of famer, I have got an incredible document of Air from smack dab in the middle of the 1970s Spiritual/Loft/Free/Unlabelable Jazz pinnacle, sourced from an almost-perfectly recorded FM master reel and taped at the 1977 Moers Festival in Germany. 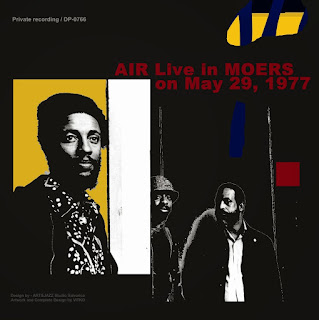 01 Burkhard Hennen announcement
02 Celebration
03 No. 2
04 Great Body of the Riddle Or Where Were the Dodge Boys When My Day Started to Slide
05 Angel Sun 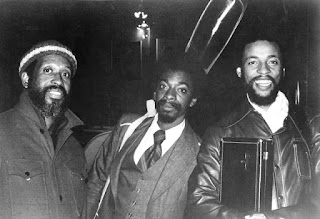 I shall return in October with all sorts of autumnals, and we'll celebrate the five-year anniversary of this page on the 25th, so stick around. And also, let us never forget Steve McCall, who'd have been 85 today but whose light-and-shade will never fade.--J. 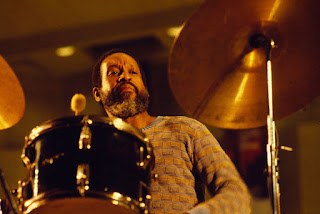