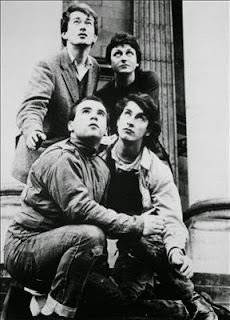 It's Monday morning and I have stuff to do in the AM so I am posting this one at midnight. 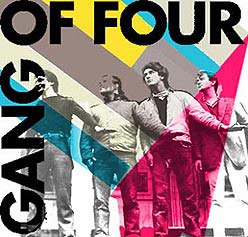 Today's obsequiously vague and sycophantically puerile tribute concerns the 35th anniversary of one of those bitchin' early-1980s radio concerts we all remember so fondly from our youth, before music became the talentless corporate deathscape located somewhere West of Kanye we see before our astonished and nauseated faces today. 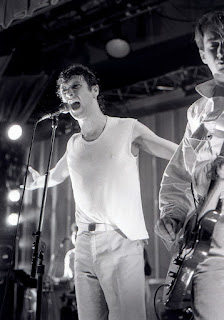 The band that performed it hold a rare distinction in Rock, as they are probably the most politically explicit and left-wing group of all time. 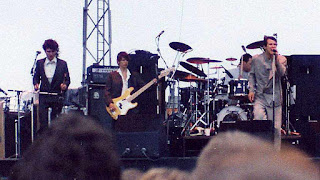 One of the seminal postpunk groups other bands will imitate until roughly the moment the sun explodes, there's not much to say about Gang of Four except that they're one of my favorite ensembles of ever and are probably even more Marxist than I am. Which is an achievement in its own right, trust me. 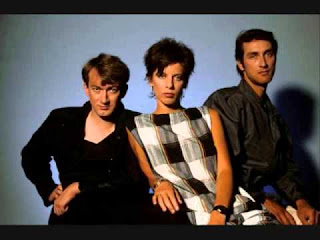 Kurt Cobain once said that Nirvana began as a Go4 ripoff band, and he's not the only one who drew inspiration from them. I can think of 10 bands of now off the top of my head that would not exist in the same way had these cats not meowed and clawed viciously at the inhumanity and self-annihilation inherent in bourgeois values, as they so eloquently did back in the day. 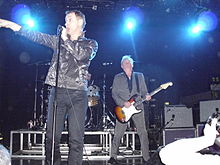 Not too many groups could say they had a hit single banned from the radio, but these guys can and have. You might say to have such ambition was their ambition, in fact. 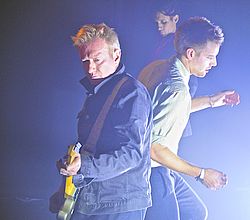 That's probably how you know you're saying it right, when the pigs start into oinking away your freedom of expression and you see that outright fascist oppression and control for profit are their agenda, and never ever ever Justice or fairness. 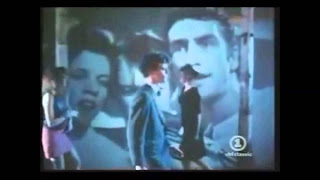 I say we pluck them from the Piggy Palace we pay for and invite them to take a ride on the ultimate BBQ grill, so Marie Antoinette can get that new cake plate she's been eyeing... well, her eyeless, mutilated head will look nice on it, anyway. 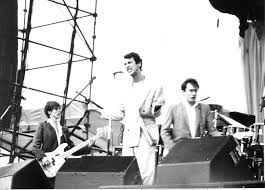 I guess I'm just one of those people who love Paris in the Springtime.... of 1791. Too bad all the Liberals out there have just enough sense of urgency about the current de-evolutionary spiral to Mad Max apocalypse to motivate their social media feeds. 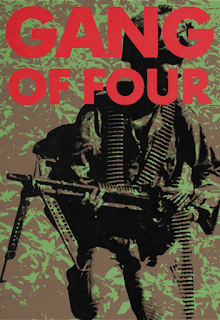 Chock full as they be of cloyingly clever, smugly stupefied and ultimately power-devoid memes about their phony, Virtue Signal Corps dreams of equality... the ones they'll never put down the mouse or their transparently pathetic pretentions long enough to pursue, much less enact. 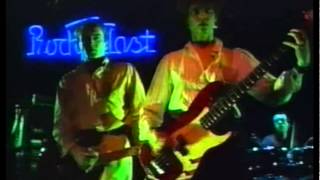 But back to October 22, 1983 and this firebomb of a set, recorded for the old Omni Magazine concert series that used to singe the airwaves back in those pre-internet times when the rotary phone cords were as curly as the permed hair. 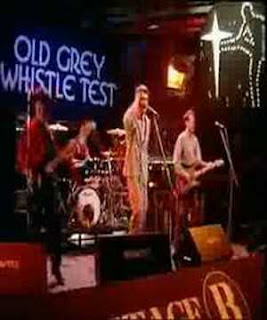 I guess I am one of those Go4 heretics, in that I prefer them after they poached Sara Lee from Robert Fripp's League of Gentlemen and moved towards a funkier, dubbier, more low-end dominated sort of Funk Rock sound. 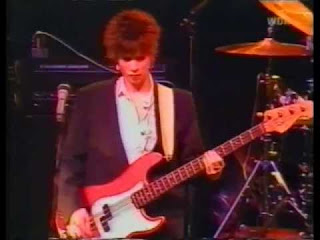 This show dates from their Hard record, the last to feature bass goddess Lee and probably their most commercial platter. It's sourced from some seriously pristine pre-broadcast LPs and I did nothing to it remaster-wise whatsoever because IMO it's nearly perfect sonically and needed no such modification. 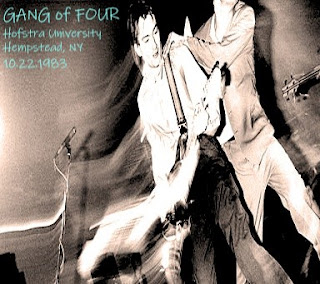 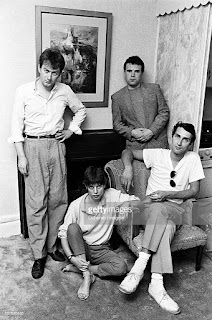 I will return midweek with three consecutive heavyweight jawdroppers, to celebrate the ridiculous notion that I have somehow had this page for fully five years as of Thursday next. But please, don't miss out on Gang of Four here; they were and are a band that seizes the means of music production, and you don't want the Politburo Disciplinary Committee to send you off to mine snowballs in Siberia... in old Soviet Union, radio plays you.--J. 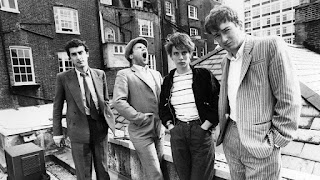